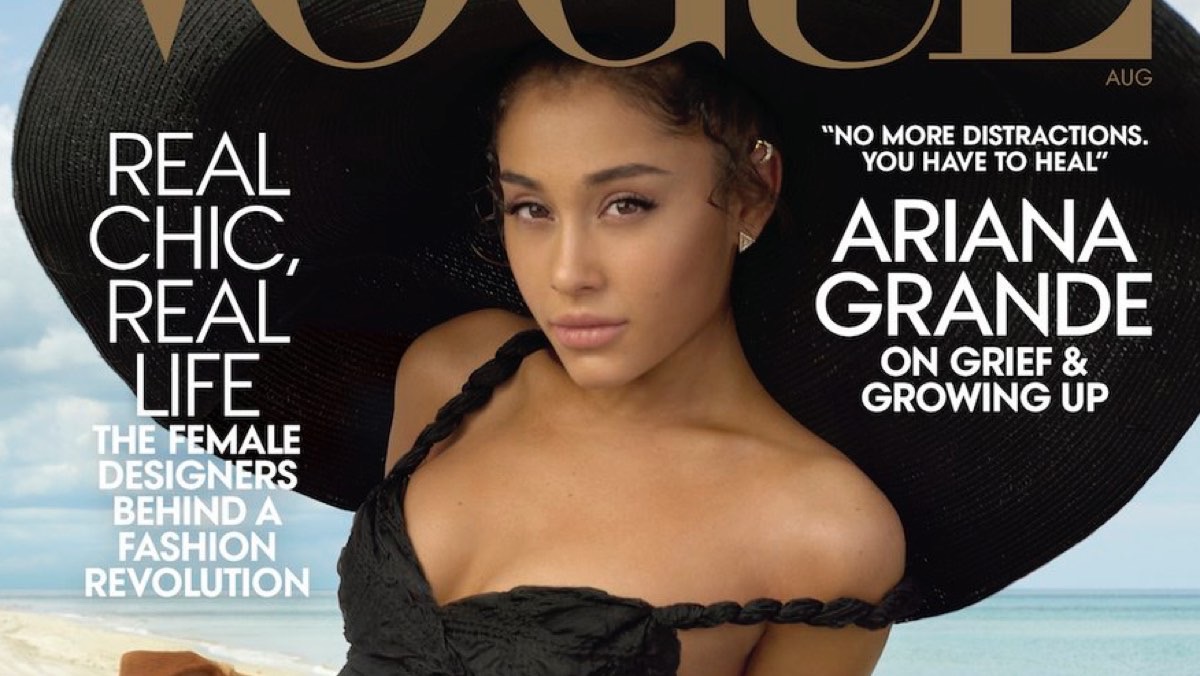 Almost a year after Mac Miller died of a tragic drug overdose in November 2018, Ariana Grande reveals to Vogue how she dealt (and is still dealing with) her loss.

Though Ari has briefly mentioned recovering from her trauma and PTSD since Mac’s death, in Vogue‘s August cover story that just dropped this morning, she opens up about the details of grieving the death of her friend and ex-boyfriend.

She tells Vogue that after Mac died, she immersed herself in her music (she released Thank U, Next just a few months after his passing). “But if I’m completely honest, I don’t remember those months of my life because I was (a) so drunk and (b) so sad,” she said. “I don’t really remember how it started or how it finished, or how all of a sudden there were 10 songs on the board.”

She also addresses the famous tweet where she clapped back at a troll who blamed Ari for Mac’s death.

Read the full profile at Vogue.com.

Will and Jada Smith have raised a fine young man in Jaden Smith. He’s artistic, creative, free-spirited, independent, and cares deeply about the world around him. So deeply in fact that he’s decided to tackle homelessness in America, one vegan bowl at a time. Jaden opened a pop-up food truck which served an undisclosed number of unspecified vegan food bowls for an unknown amount of time in conjunction with the release of his new album ERYS. — Dlisted

Next time you’re in Las Vegas, you must play the Madonna slot machine. — Boy Culture

Ready for some fun sports faces? Check out all the non-duchesses at Wimbeldon. — Go Fug Yourself

Bravo’s Andy Cohen follows in the footsteps of Christopher Meloni, Taron Egerton, and Tom Ellis and reacts to what some of his salivating fans are saying about him. — Towleroad

Look Who’s Talking is coming back! You loved it, you hated it, you watch it whenever it’s on. So Sony Pictures is gambling that you’ll pay to see it again, but with different actors. — Evil Beet Gossip

Sam Smith has an announcement to make:

Tegan and Sara have announced a new record called Hey, I’m Just Like You. The album, which is out September 27 via Sire, features re-recorded versions of songs that the duo initially wrote in high school. Watch a trailer for the project below.

“While working on our memoir, we discovered lost cassette tapes that had been unheard for over 20 years,” Tegan Quin said in a press release. “They contained dozens of our first songs, written between the ages of 15 and 17…. We immediately recognized the songs as an essential part of our high school story.”

Sara Quin added, “With only minor tweaks to lyrics and structure, we tried to remain true to the original essence of each song.”

Read the full story at Pitchfork.