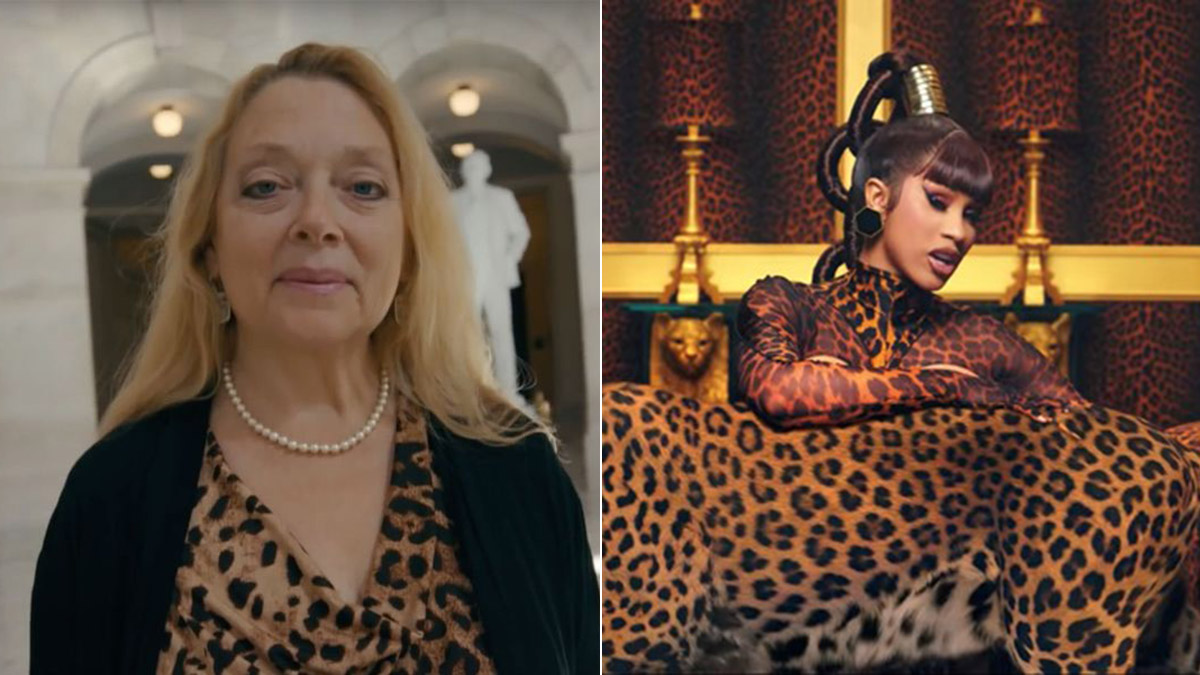 This is a feud that I don’t think anyone could have expected. This past week Carole Baskin dissed the video for Cardi B‘s collaboration with Megan Thee Stallion, “WAP.”

In a statement to Billboard magazine Baskin said:

“My guess is that most people won’t even see the Photoshopped cats in the scenes because the rest of it is so lurid. I was happy to see that it does appear to all be Photoshopped. It didn’t look like the cats were really in the rooms with the singers. In fact, probably most of the rooms were Photoshopped in via green screen.”

“That being said, you have to pose a wildcat in front of a green screen to get that image and that doesn’t happen in the wild.”

“It can’t happen in sanctuaries like ours where cats have plenty of room to avoid a green screen (or would shred it if offered access and could die from ingesting it). That tells me they probably dealt with one of the big cat pimps, who makes a living from beating, shocking and starving cats to make them stand on cue in front of a green screen in a studio. That’s never good for the cat.”

“The worst part is that it glamorizes the idea of rich people having tigers as pets. That makes every ignorant follower want to imitate by doing the same. After tigers are too old for pay to play sessions by people like Joe Exotic, Bhagavan Antle, Marc McCarthy, Mario Tabraue and others, they become a liability instead of an asset. While I think most are destroyed behind closed gates at that point, some end up being given away to people who want to have a tiger to show off. That never works out and the cats either die or end up dumped in sanctuaries or, worse yet, breeding mills. Either way, it’s always abusive to the cat.”

As you would expect, Cardi B responded. She told i-D magazine:

“I’m not gonna engage with Carole Baskin on that. Like, that’s just ridiculous, you know? Oh, Lord. Like, girl you killed your goddamn husband.”

Cardi is referring to the fact that the Netflix Tiger King series that implied Baskin may have had a hand in the mysterious death of her late husband, Don Lewis, who went missing in 1997 and has never been found.

If you have not seen the video for “WAP,” watch it below.