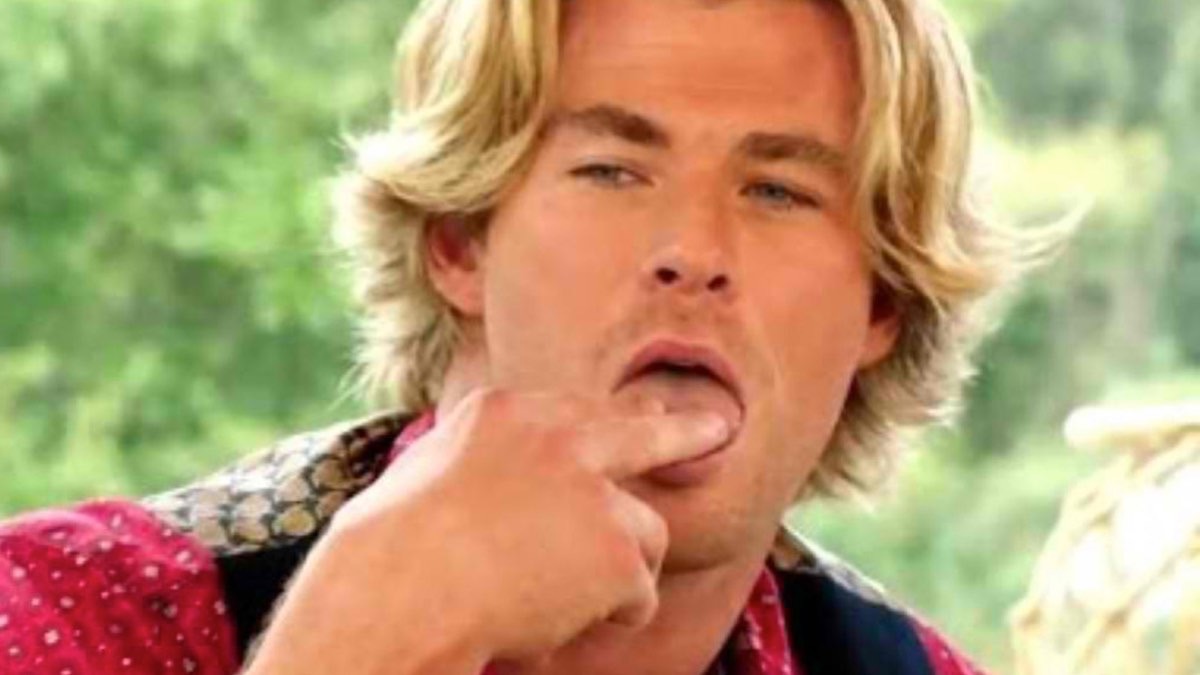 Because Chris Hemsworth is just too big for a normal prosthetic penis.

If you watched the trailer for the new Vacation movie, then I’m sure you remember the hilarious scene: Ed Helms and Christina Applegate are lying in bed, and in walks Chris Hemsworth, shirtless, clad only in his underwear and packing some major junk.

And while we get to laugh at the scene, apparently it was really hard to choose the right kind of prosthetic for Thor.

”It was definitely one of the more surreal aspects of preparing for this movie,” writer-directors John Francis Daley and Jonathan Goldstein told Vulture about picking the right one.

“There was a hapless stand-in who first came in when we were looking at the possibilities, and he’d put it on and have to show all the different options to us. It was the opposite of funny because you felt so bad for this poor stand-in.”

Luckily when Chris himself was thrown into the mix, it became a little easier. “He was all for it, and ready to do it.” Finally, they narrowed it down to two penises: an eight-inch one, and a ten-inch one. And would you believe it, the eight-inch looked normal on Chris.

“As big as it would seem, it did not look that big on him,” John said. “I think it was just because Chris is such a big, hulking dude.” Jonathan added, “He makes the normal-size penis look small.”

John continued, “Chris was playing with it and handling it, and we found that there was this metal rod in it that was supposed to make it bendable. The problem was whatever shape you bent it into, it would stay in — which is not like a real dick! So we took the rod out, which allowed it to be more flaccid, but obviously just as huge.”

And now you know just how hard the cast and crew had to work to bring you that magical Vacation moment. While the movie isn’t getting stellar reviews, I am still all about Chris Hemsworth being hilarious. Are you?

Socialite Life debuted back in 2003. As a tribute to the thousands of articles that we’ve published over the years, we have reached back into our vault to bring you this SL Flashback, that showcases some of our favorite posts. This article was originally published on July 31, 2015.

Watch the trailer and behind the scenes featurette below.