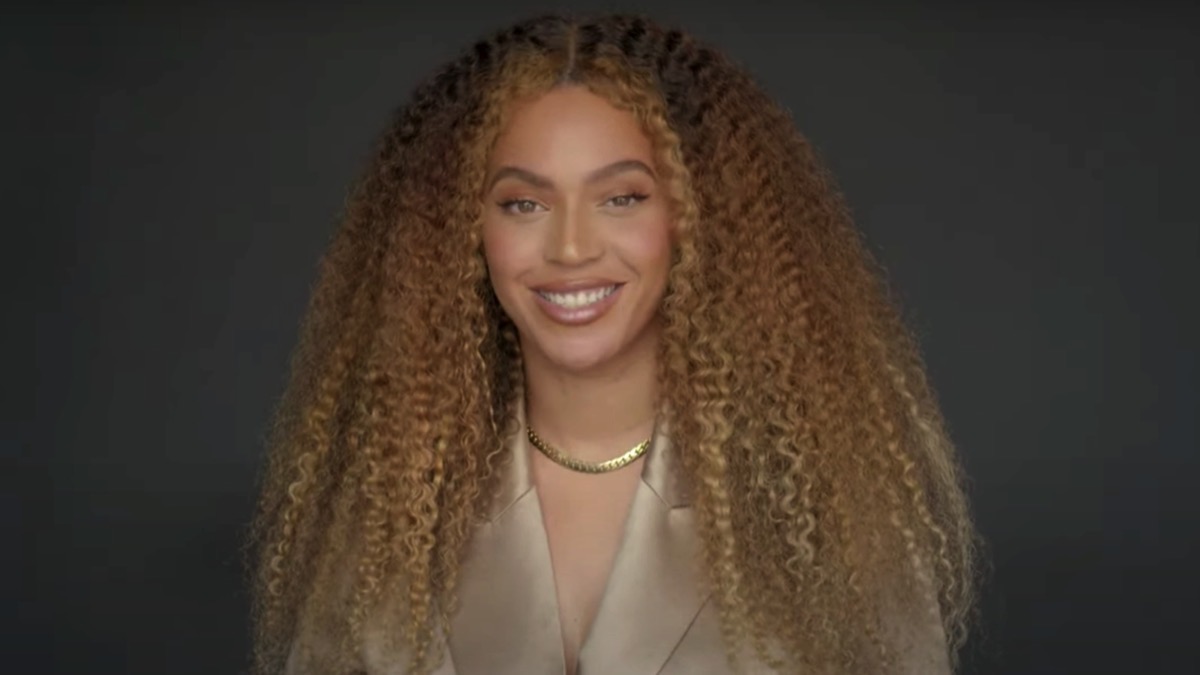 The stars came out to support YouTube’s “Dear Class of 2020” event in full force!

Everyone from Beyoncé to Michelle and Barack Obama to Shawn Mendes to the cast of Schitt’s Creek took part in YouTube’s “Dear Class of 2020” virtual graduation on Sunday (June 07, 2020).

Lizzo kicked off the event with a flute performance and the message, “Congratulations to the class of 2020! Now let’s turn it up!”

Beyoncé delivered an emotional and stirring speech during the live stream, touching upon recent protests, sharing her secret to success and generally providing the class of 2020 with a beautifully rendered image of motivation.

“Dear graduates: Please remember to take a little bit of time to give thanks to your family members and the community who’s been such a big support system for you,” Beyonce said early in her commencement speech, after thanking the Obamas for inviting her to participate. “You are achieving things your parents and grandparents never could imagine for themselves. You are the answer to a generation of prayers.”

Beyoncé highlighted the Black Lives Matter protests that have taken place around the country.

“Thank you for using your collective voice and letting the worlds know that Black lives matter. The killings of George Floyd, Ahmaud Arbery, Breonna Taylor and so many others have left us all broken. It has left the entire country searching for answers. We’ve seen that our collective hearts, when put to positive action, could start the wheels of change. Real change has started with you, this new generation of high school and college graduates who we celebrate today.”

She also talked about her own experiences when she starting out in the business and building her career.

“I know how hard it is to step out and bet on yourself. There was a pivotal turning point in my life when I chose to build my own company many years ago. I had to trust that I was ready and that my parents and mentors provided me with the tools I needed to be successful but that was terrifying. The entertainment business is still very sexist. It’s still very male-dominated, and as a woman I did not see enough female role models given the opportunity to do what I knew I had to do to run my label and management company, to direct my films, and produce my tours,” she continued.

“That meant ownership – owning my masters, owning my art, owning my future and writing my own story. Not enough Black women had a seat at the table so I had to go and chop down that wood and build my own table. Then I had to invite the best there was to have a seat,” she went on to say.

“I’ve been blessed to have 24 Grammys, but I’ve lost 46 times. That meant rejection 46 times. Please don’t ever feel entitled to win – just keep working harder, surrender to the cards you are dealt. It’s from that surrender that you get your power. Losing can be the best motivator to get you even bigger wins, so never compare yourself to anyone else.”

The cast of Schitt’s Creek reunited for the commencement live stream and had one very special guest joining them. As the Rose family and their friends serenaded students with a rendition of Mariah Carey’s “Hero,” Carey herself hopped on the Zoom call, causing David (Daniel Levy) to lose his shit!

After a minute of banter between Moira, Johnny, David and Alexis, six more recurring characters from Schitt’s Creek stepped into the live stream, and with Noah Reid taking lead, the group of 10 harmonized on “Hero” before Carey crashed the performance. “I think I’m having a heart attack!” Levy erupted when Carey offered a few bars of “Always Be My Baby” following the performance.

Justin Timberlake praised the graduates for persevering through their final semester of high school during a pandemic. “So 2020 decided to test you… and this is harder than any test or final you had all your life,” Timberlake said.

“I get it – it’s not fair, it’s heartbreaking, it makes you stop and think ‘why did this happen?’ I don’t have the answers but in the face of obstacles we have the great ability to surprise ourselves with how we fight back.”

“I’m speaking on behalf of the world when I say, we’re impressed,” he continued. “Nothing – not even a global pandemic – is going to keep you from the future you make for yourself.”

Taylor Swift made a brief appearance telling quarantined high school graduates that she can relate to their experience because she missed her ceremony, too, even if hers was a voluntary MIA experience.

Taylor said, “not the graduation you thought you were going to be having. I relate to that in a lot of ways. When I was younger I used to fantasize about high school graduation and being with all of your friends and cap and gown and the whole thing. Then when I got to that point in my life where graduation was coming up, I found myself on radio tour with my mom in rental cars, sitting on the floors of airports, and I ended up being mailed my diploma.”

“So it wasn’t exactly what I pictured, but I was still really proud of it,” added Swift (who did not perform). “And I guess one good lesson to come from it is expect the unexpected, but celebrate anyway. I’m so proud of you guys and I hope that you have a wonderful time and are really proud of yourselves.”

During the special, Shawn Mendes‘ hit song “There’s Nothing Holdin’ Me Back” was performed by the AMDA College of Performing Arts Choir and the Diamond Bar High School marching band.

After the performance ended, Mendes himself appeared in a video to thank the two groups of performers, and also to share a message with the class of 2020.

“I hope that wherever your post-graduation life takes you, you continue to stay inspired,” said the Toronto native. “To the entire class of 2020 graduating, congratulations to you … Do what you love to do in life!”

BTS also took part in the special, with each of the BTS members took turns sharing words of hope, comfort, and congratulations (RM in English, the other six members in Korean), reflecting on their own youth before encouraging graduates to take charge of their lives and forge their own paths as they chase their dreams.

Later on, the group closed out the ceremony with a performance at the National Museum of Korea, where they sang “Boy With Luv,” “Spring Day,” and “Mikrokosmos.”

President Barack Obama said in said in his speech that the nationwide protests following the recent deaths of unarmed black women and men including George Floyd were fueled from “decades worth of anguish, frustration, over unequal treatment and a failure to perform police practices.”

“In a lot of ways, the pandemic just brought into focus problems that have been growing for a very long time,” he continued. “Whether it’s widening economic inequality, the lack of basic health care for millions of people, the continuing scourge of bigotry and sexism, or the division or dysfunction that plagued our political system.”

Obama added: “As scary and uncertain these times may be, they are also a wake-up call. And they’re an incredible opportunity for your generation.”

Michelle Obama said the ongoing protests following Floyd’s death are a “direct result of decades of unaddressed, prejudice and inequality.” She said she understands those who are “scared or confused or angry, or just plain overwhelmed” with the events the past few months.

“Over the past couple of months, our foundation has been shaken,” she said. “Not just by a pandemic that stole too many of our loved ones, upended our daily lives and sent tens of millions in unemployment, but also by the rumbling of the age-old fault lines that our country was built on, the lines of race and power that are now once again so nakedly exposed for all of us to grapple with.”

Watch the replay of the full event below.