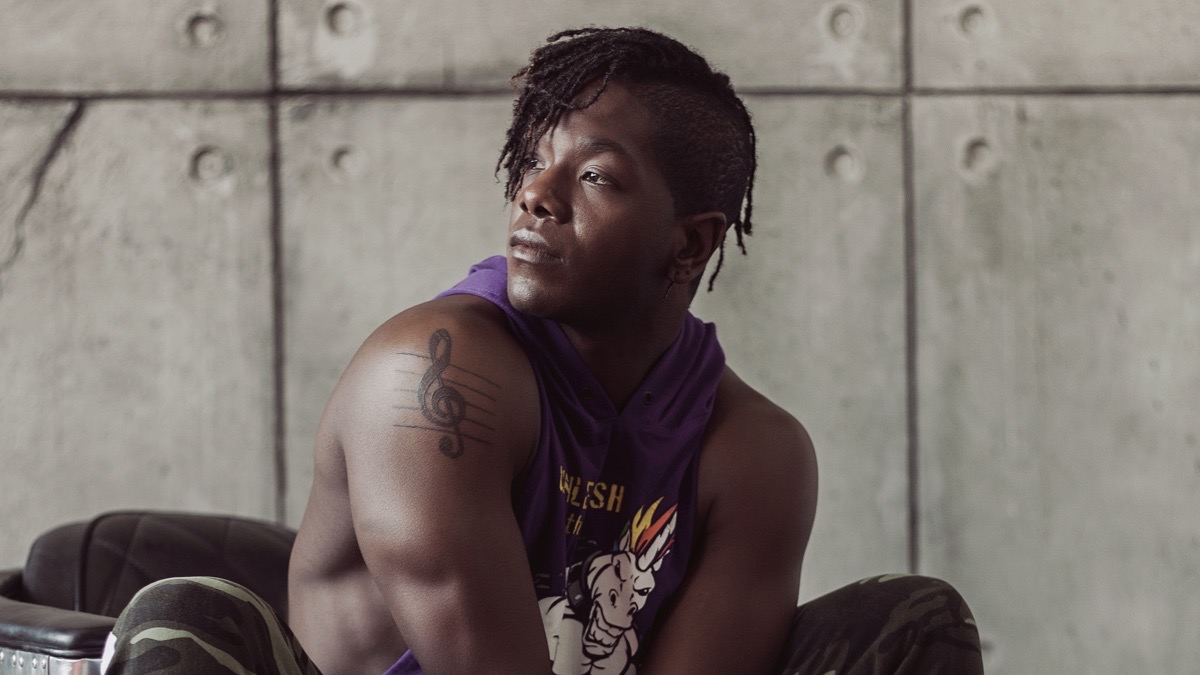 R&B singer Jay MaQ popped up on our radar when he was a member of EchoV, the world’s first all-gay boy band, who had a hit with “Rainbow” in 2018.

Jay is now venturing his own with the release of his first single, “No Love”, a slick dancehall track that asks the question, “Is it a crime to break someone’s heart?”

He explains the story behind the song, “A person I thought I was dating turned out to be not that into me and never said anything,” adding that, “It was a wake-up call that made me realize I was asking for love without really understanding what love means.”

Jay MaQ grew up the son of a preacher in Sanford, North Carolina. He came out to his parents as gay two times. The first at 13, when he received no response. Then again at 14, when after hearing the news, his mother punched him in the chest. The next day at church she cried on the altar during prayer. Jay MaQ feared his mother would stop loving him or maybe even kick him out of the home, but she didn’t. Today, she is one of the biggest supporters of his music.

A majority of the topics that Jay MaQ explores in his upcoming album have to do with love and the journey to finding it. That includes the longing for love, healing after being cheated on and the conflict of falling in love with people who are unavailable.

As for what he wants from the release he says, “I’d like for listeners to learn from my mistakes, but I also hope the song is a message for people to be more honest with those they get into relationships with. Learn what love means to you and make sure that it means the same to the person you are with.”

Jay MaQ is optimistic about his solo project and strongly believes there is room for him as an out artist in R&B. “I’m creating music that’s about love, longing, lust, sex, and heartache,” he explains. “There is nothing exclusively gay about those subjects. Love is complicated and messy.  So is the human condition.” He adds that, “One of the things I’d really like to encourage people to do is love who they want and make sure that happiness is the goal.  The rest will fall into place.”

Learn more about Jay MaQ as he tackles the Socialite Seven:

My mother. She has always encouraged me. I think it’s because that’s when she has seen me the happiest and most fulfilled but, if you’re talking artists that have shaped my sound there is not just one. Toni Braxton, Aaliyah, Joe, Avant, Tank, Tyrese, Monica, Brandy, Whitney Houston, Usher…and the list goes on and on.

Missy Elliot. I see her shine on everything she touches, and she always brings out something amazing from the artists she works with.

The ultimate goal would be a working artist who makes a comfortable living with his art. I don’t really think the accolades are what draw me here. I just find that when I’ve lived without creating music, I’m not happy and can’t find my center.

Do it all at your own pace because it’s a marathon, not a sprint.