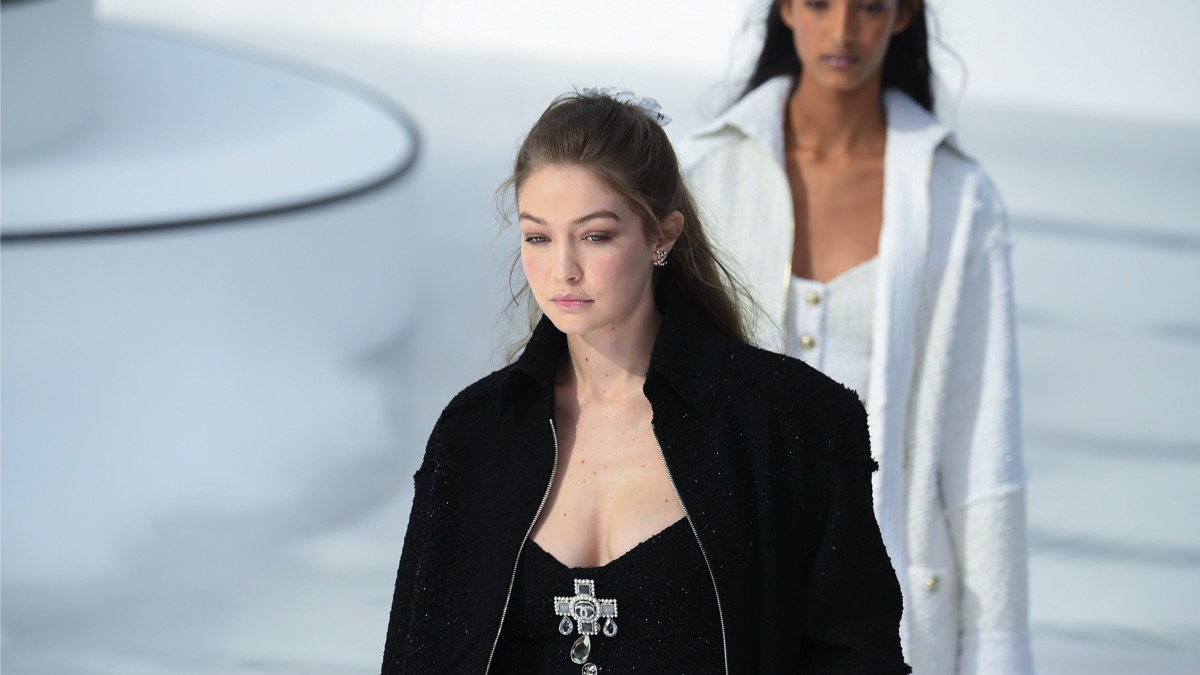 Gigi Hadid gave the world a big surprise after revealing recently that she was “a few months pregnant” while strutting down the runway during the Fashion Month.

Sharing the information during a Maybelline Instagram Live session, Hadid said that she was already expecting while walking down the runways in February 2020.

During the chat, the supermodel was discussing the round shape of her face, dismissing accusations that she had gotten fillers done.

“It’s so funny, the things you see online,” Hadid said in reference to fans thinking she’d had fillers. “People think that I shape my brows, like I shape my brows really arched. If you look at baby pictures of me, I’ve had these crazy arched brows since I was born.”

She continued, “Also that people think I do fillers on my face, and that’s why my face is round — I’ve had this since I was born, adding “especially fashion month, when I was already, like, a few months preggo, you know.”

The news of Hadid’s pregnancy with boyfriend Zayn Malik took the world by storm, when TMZ reported that the couple is expecting their first child.

Hadid’s mom Yolanda Hadid was the first to confirm the news, after which the 25-year-old model took to The Tonight Show Starring Jimmy Fallon to affirm the reports herself.

“Obviously, you know, we wish we could have announced it on our own terms, but we’re very excited and happy and grateful for everyone’s well wishes and support, so thank you,” she had said.

The model is currently isolating with Malik and her family in Pennsylvania and recently celebrated her 25th birthday, which she documented via several Instagram posts and stories.