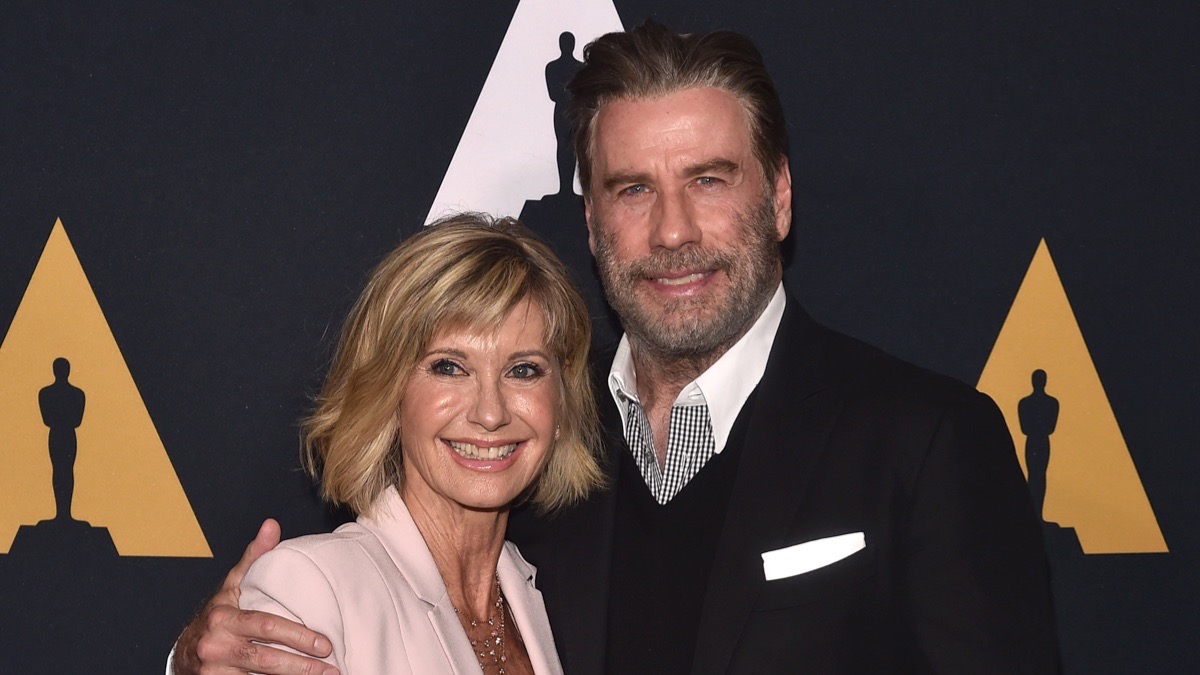 Forty years later John Travolta and Olivia Newton-John are back as Danny and Sandy from Grease.

Newton-John posted a photo on her official Instagram account Friday of the iconic couple back in costume for the first time since they filmed the classic musical.

The actors were reunited for a Meet n’ Grease sing-along event at the Coral Sky Amphitheater in West Palm Beach, Florida.

During the event, Newton-John also switched to a Sandy-as-a-T-Bird costume.

Travolta maintained his T-Birds look by wearing an all-black outfit completed by a leather jacket. Newton-John wore a pale yellow cardigan and midi-skirt, with a white belt around her waist and a white button-up shirt.

Meet n’ Grease attendees got to watch the film and then ask Travolta and Newton-John questions during a Q & A session.

Olivia Newton-John Reveals She Doesn’t Know How Much…

In related Grease news, HBO Max recently announced a spinoff series based on the classic flick.

Called Grease: Rydell High, the upcoming show is said to even include some characters from the original! The series will still be set in the 1960s and feature musical performances of songs from that decade as well as original numbers.

Holmes and Watson, The Happytime Murders and Gotti Lead…

“It’s the peer pressures of high school, the horrors of puberty, and the rollercoaster of life in middle America with a modern sensibility that will bring it to life for today’s musical lovers,” HBO Max said in a release.

The Week in Drag – the Vivienne and Baga Chipz Bring Some T&T to Morning TV, Trixie Mattel’s New Documentary, a Musical Christmas Greeting From Shangela and Lots More!