The Week in Drag – the Vivienne and Baga Chipz Bring Some T&T to Morning TV, Trixie Mattel’s New Documentary, a Musical Christmas Greeting From Shangela and Lots More! 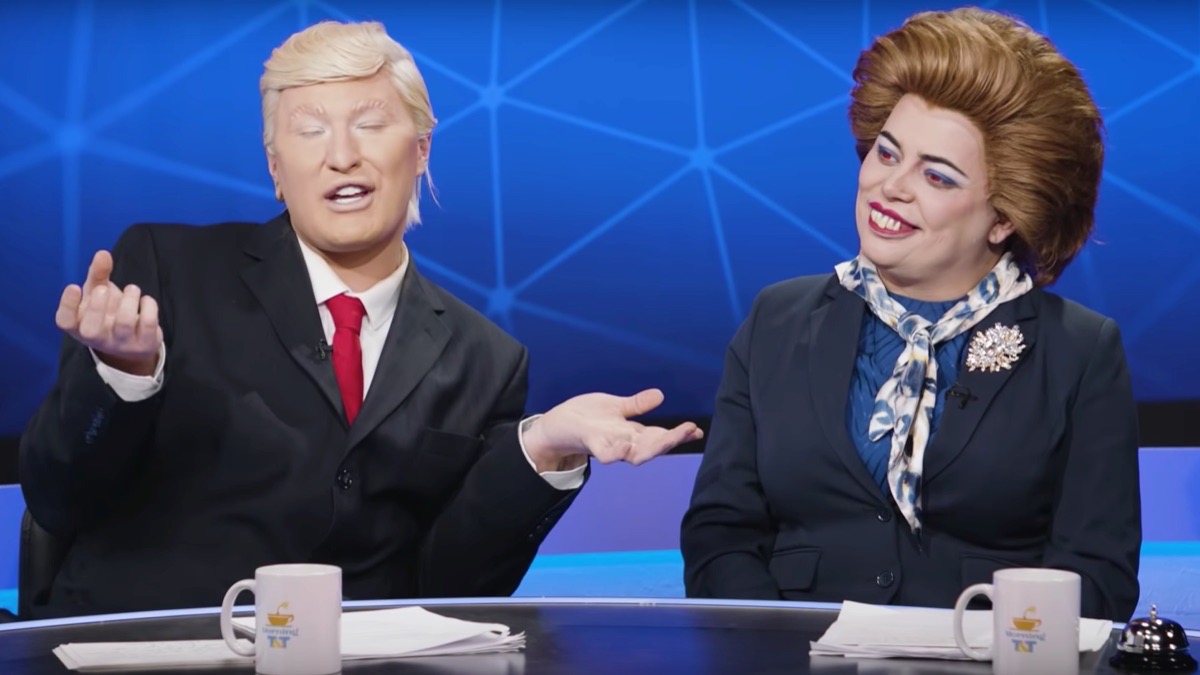 Hello, hello, hello! Welcome to The Week in Drag, your weekly update from your favorite slay belles, the queens of RuPaul’s Drag Race.

We’ve got news about our queens across the pond, with the debut of the new series from The Vivienne and Baga Chipz and a fabulous makeover by Blu Hydrangea, lots of holiday cheer from Drag Race faves Shangela, Katya and Trixie Mattel and lots more. Let’s dig in!

If you’re not already in the holiday spirit, this holiday tune from the always sickening Shangela is sure to jingle your bells. Check out the video for the (very aptly named) song “Man Candy.” I wouldn’t mind seeing any of these gifts under my tree.

Trixie Mattel and Katya are here to warm the cockles of your heart with “A Very Mary UNHhhhliday.” Drag’s dynamic duo promote the benefit of hard Gs, share some gift ideas (I have already added “Katya’s Kreepy Kristmas” album to my holiday wish list) and talk about angels and all things Christmas in th8is festive special, which you can watch uncensored on WOW Presents Plus.

Speaking of… WOW Presents Plus subscribers were treated to the premiere of Drag Race UK darlings Baga Chipz and The Vivienne’s new web series, Morning T&T, on Thursday. The new series brings back the queens’ eerily accurate impersonations of former Prime Minister Margaret Thatcher and the (hopefully soon-to-be former) President for a hilarious take on morning chat shows.

Sum Ting Wong makes an appearance as well, reviving her Queen Elizabeth look from the first runway challenge. It’s lots of goofy fun, so give yourself the gift of WOW Presents Plus to watch this and so many other great series and documentaries.

Last week, World of Wonder handed out the WOWie Awards in Los Angeles. Monique Heart was the ceremony’s pink carpet correspondent and had a chance to chat with the attendees, including former Pit Crew member-turned-entertainment reporter Jason Carter, Soju and Trixie Mattel. Monique should cover every red carpet, take note E! Television.

Check out Trixie’s acceptance speech, as well as those of some of the other WOWie winners in this quick clip.

What are the holidays without some adult beverages? Kameron Michaels and Asia O’Hara play two college classic drinking games on the latest episode of “Can Do Queens.” Can these two fierce, fearless co-eds triumph at beer pong and flip cup? Tune in and find out!

Drag Race UK’s queen of shade, Blu Hydrangea, didn’t make it on the show long enough to compete in the drag family makeover challenge, but she shared what she would have done on her web series, “Blu’s Beats.” Watch her transform she and her adorable sister into a pair of cute canines. I think Divina might have had a run for the win if Blu and Pink Hydrangea hit the runway during that episode.

Talking 2020 With Trixie and Katya – UNHhhh Is Back…

Our favorite podcasters have been busy this week. Willam and Alaska took us back to the first episode of season four on “Race Chaser Classique”. This is the season that introduced us to Latrice Royale, Phi Phi O’Hara, Sharon Needles and, of course, Willam herself, so this season is sure to be fun (and provide lots of tea spilling.)

Also this week, the dolls talked about AJ and the Queen and tried to solve the mystery of a Ru girl who may have done something to get herself on the “naught list” on “Hot Goss.”  And, on “Drag Her”, Mano continued his “Who Wants to Be a Fake Drag Race Winner” competition by welcoming Erin Gibson of the “Throwing Shade” podcast.

Trixie Mattel’s new documentary, Trixie Mattel: Moving Parts is now available, and you can check it out wherever you get your streaming entertainment. Trixie chatted about the new doc in this interview with James St. James.

Everything’s coming up Trixie, isn’t it this week? Trixie sits in the makeup chair for “the alien queen of Manchester”, Juno Birch, who uses colors from Trixie’s Summer of Love makeup collection to give her an other-worldly makeover.

When I interviewed “Cool Mom” star Nick Sahoyah last week, he mentioned how much he enjoyed watching the bloopers from the series. He’s right, he and Jinkx Monsoon are just as funny when they make a mistake.

Jaymes Mansfield takes a break from wigs and makeup to makeover a water bottle replica of her inspiration, iconic actress Jayne Mansfield. The end result is so cute (make them and sell them at DragCon, Jaymes!)

If you like Willam and Rhea Litre just sitting around, being silly and occasionally introducing you to some new Spanish vocabulary, you’ll love the latest episode of “Cómo Se Dice?”

Well, it’s time to say adios for this week. We’ll be back with lots more next week. Until then, everybody say LOVE!