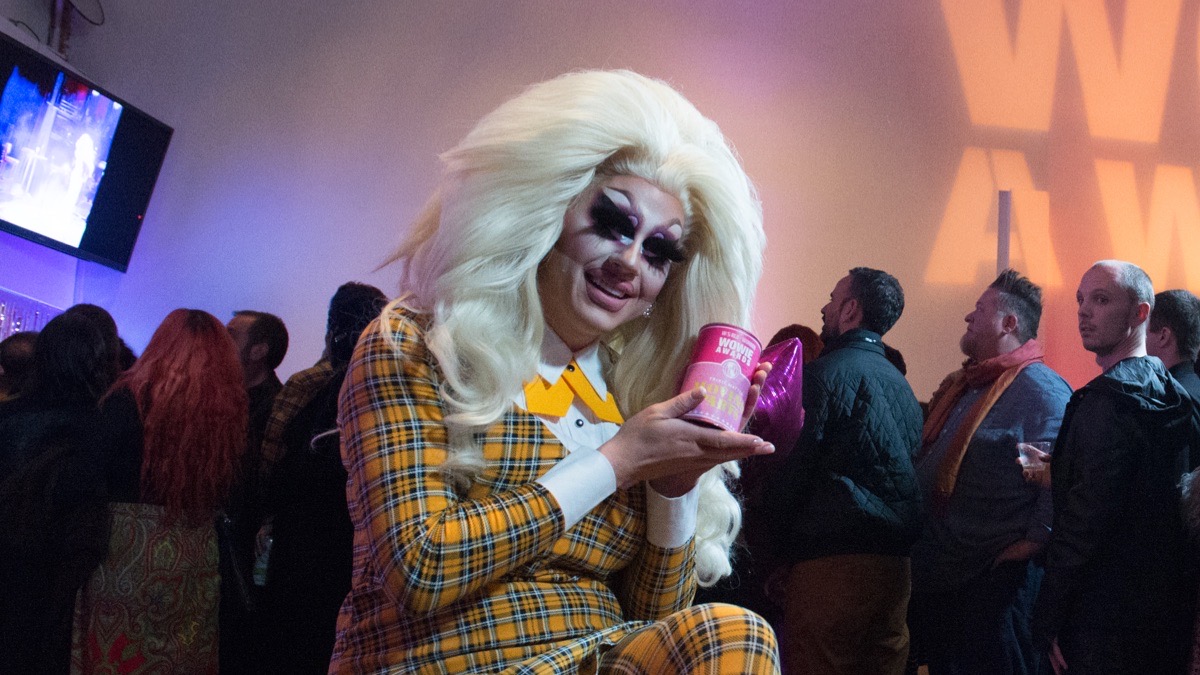 On Friday night, World of Wonder held their 2019 WOWie Award ceremony at the WOW Gallery in Hollywood.

The awards, which were streamed live on WOW Presents Plus, honored “the very best in entertainment, LGBTQ+ artistry, glamazonian realness, and thirst traps, including all the things that made us go WOW in 2019,” and not surprisingly, the Mama Ru and queens of RuPaul’s Drag Race were among the honorees.

Seen on the ceremony’s pink carpet, which was hosted by Monique Heart, was World of Wonder co-founders Randy Barbato and Fenton Bailey, Eureka O’Hara, Soju, Aisha Tyler and the always amazing Love Connie.

The ceremony featured a dazzling performance from Monique and a special appearance from Trixie Mattel, who not only won the Dragumentary Award but also gave the audience a preview of her documentary, Trixie Mattel: Moving Parts, which is now available on VOD platforms worldwide.

Among the other winners from the Drag Race universe, the always outspoken Jasmine Masters took home the “America’s Next Top Meme” award, Trixie’s makeup collection won the “That Face is Beat” award and RuPaul went home with two awards – one for his Met Gala fashions and the other for his podcast with Michelle Visage, “What’s the Tee?” Former Drag Race producer, the late Jacqueline Wilson, was also memorialized with the “Rest in Power” award.

Talking 2020 With Trixie and Katya – UNHhhh Is Back…