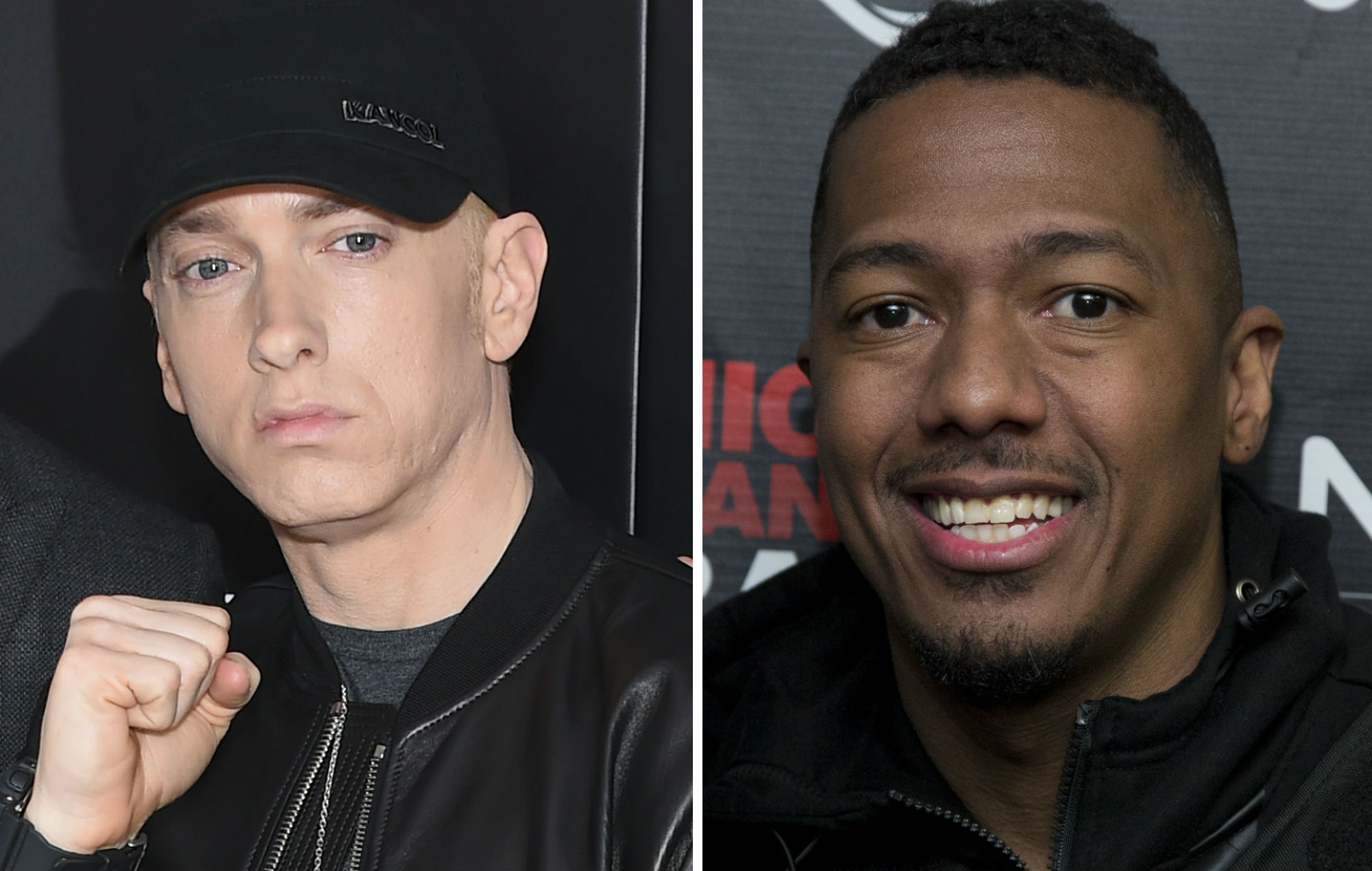 Eminem clapped back on Twitter on Monday (December 09, 2019) in response to Nick Cannon‘s diss track that had dropped hours earlier.

Among other things, Cannon slammed Eminem with this verse in his song, “The Invitation,” featuring Suge Knight: “I heard your chauffeur got a video of you suckin’ a cock/ You paid him off, then laid him off, now who really the opp?/ Suge called me the new ‘Pac, I ain’t no killer but don’t push me/ How the fuck y’all got me battlin’ Elvis Pussly?”

Eminem clapped back, “U mad bro? Stop lying on my dick. I never even had a chauffeur, you bougie fuck.🤡.”

He added in another tweet, “I demand an apology Nicholas, you’ve made my gardener so jealous!”

Cannon went at Eminem after a guest verse was released on Fat Joe‘s song “Lord Above” which is featured on his latest album Family Ties.

“I know me and Mariah didn’t end on a high note/ But that other dude’s whipped — that p**y got him neutered,” Eminem raps. “Tried to tell him this chick’s a nut job before he got his jewels clipped/ Almost got my caboose kicked/ Fool, quit/ You not gonna do sht/ I let her chop my balls off too before I lose to you, Nick.”

The Twitterverse seems to be backing up Eminem on this one. Here is a sampling of some of those tweets:

Maluma, Antoni Porowski, Mariah Carey and More Partied it Up…

Mariah Carey Just Won the Bottle Cap Challenge with Her…