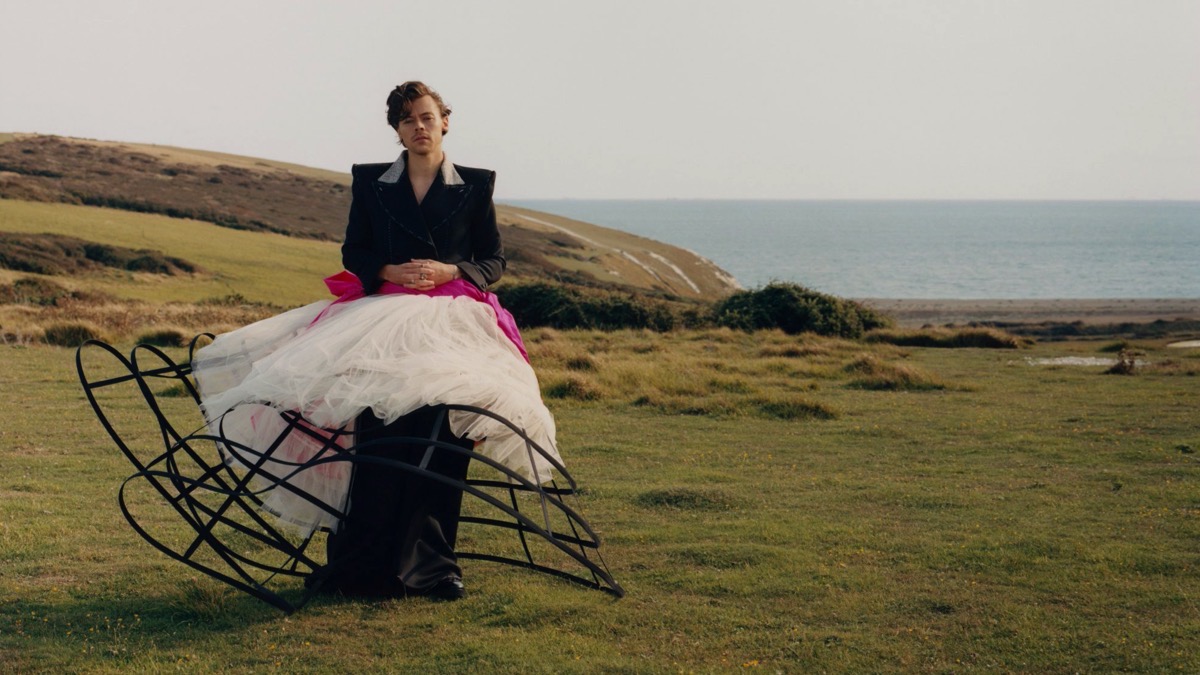 Harry Styles can literally look good wearing anything. The pop singer is making history by becoming the first male to grace the cover of Vogue solo. In true Harry Styles fashion, he does so while wearing a lace-adorned Gucci gown.

“The people that I looked up to in music — Prince and David Bowie and Elvis and Freddie Mercury and Elton John — they’re such showmen,” he continued. “As a kid it was completely mind-blowing. Now I’ll put on something that feels really flamboyant, and I don’t feel crazy wearing it. I think if you get something that you feel amazing in, it’s like a superhero outfit. Clothes are there to have fun with and experiment with and play with.”

“Clothes are there to have fun with and experiment with and play with,” the 26-year-old explained. “What’s really exciting is that all of these lines are just kind of crumbling away. When you take away ‘There’s clothes for men and there’s clothes for women,’ once you remove any barriers, obviously you open up the arena in which you can play.”

“I’ll go in shops sometimes, and I just find myself looking at the women’s clothes thinking they’re amazing,” he continued. “It’s like anything — anytime you’re putting barriers up in your own life, you’re just limiting yourself. There’s so much joy to be had in playing with clothes.”

Check out more of Harry Styles in an acoustic performance clip of “Cherry” that he shot for the magazine.