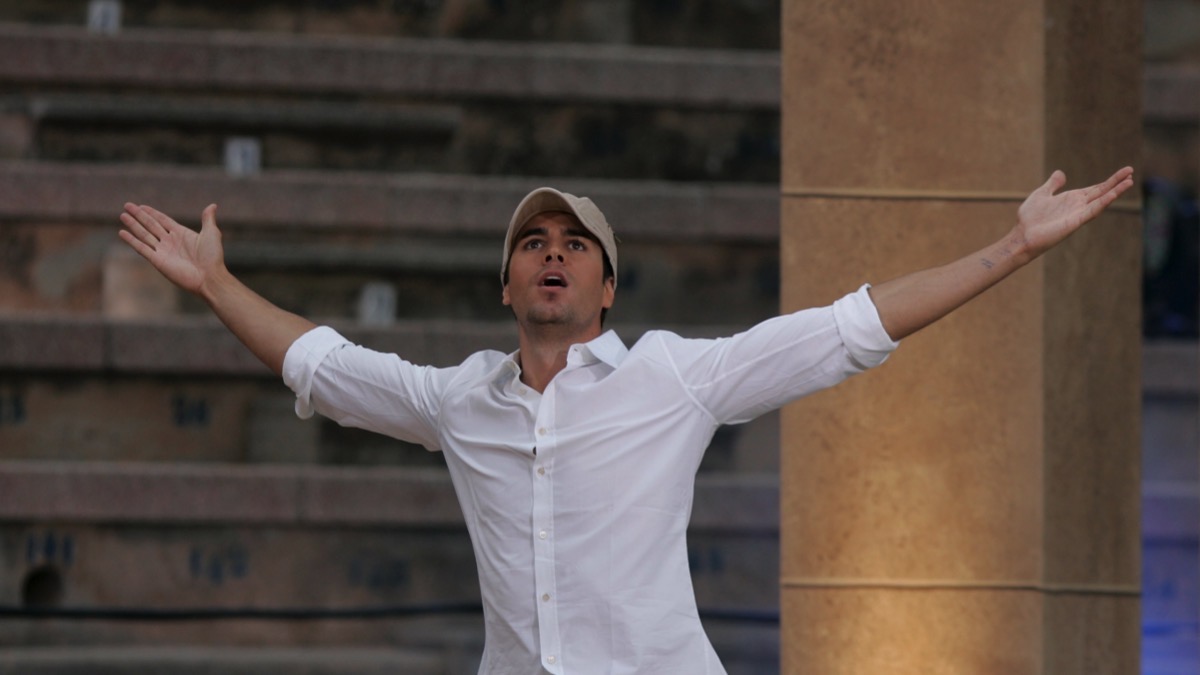 Socialite Life debuted back in 2003 and as a tribute to the thousands of articles and galleries that we’ve published over the years, we’ve reached back into the Socialite Life vault and are featuring another one of our favorite stories of the past in this Socialite Life Flashback. This article was originally published on May 22, 2007.

Latin pop star Enrique Iglesias, who has already sold forty million records during his music career, seemed to disappear from the public eye, save for the occasional PDA on the beach snapped by paparazzi whilst Iglesias cavorts with his long-time girlfriend, Anna Kournikova.

But now, after working on his latest album, Insomniac, for the past three years, it looks like he’s ready to start get back to the business of performing music, which he did most recently for Al Gore’s multiple-city Live Earth concert.

It was his desire to get the album just so, that had him taking his time to make sure it was perfect, according to his interview with Latina magazine.

“Music is the only thing I love and know how to do, and that scares me,” Enrique says. “I feel that I still haven’t given my best.”

It could be worse Enrique. The only thing you could know how to do could be to talk shit about celebrities. Seriously, now that’s a scary thought.

In addition, the Latin hearthrob also talked about his relationship with Kournikova and hinted that his biological clock is anything but ticking.

Do you see yourself having a family some day, the pop star was asked. Yeah, in the far future. I realized that my family can have kids at 90 [Enrique’s late paternal grandfather fathered a baby at 90 in 2005], so I’m going to wait till I’m 90!

That is so unfair. Meanwhile, I’m having to deal with a biological clock that isn’t exactly ticking, but I at least have to acknowledge exists. For the moment, however, it’s jammed under a pile of books, some tops from Forever 21 and embarrassing Juniper credit card bills, so I can’t hear it.