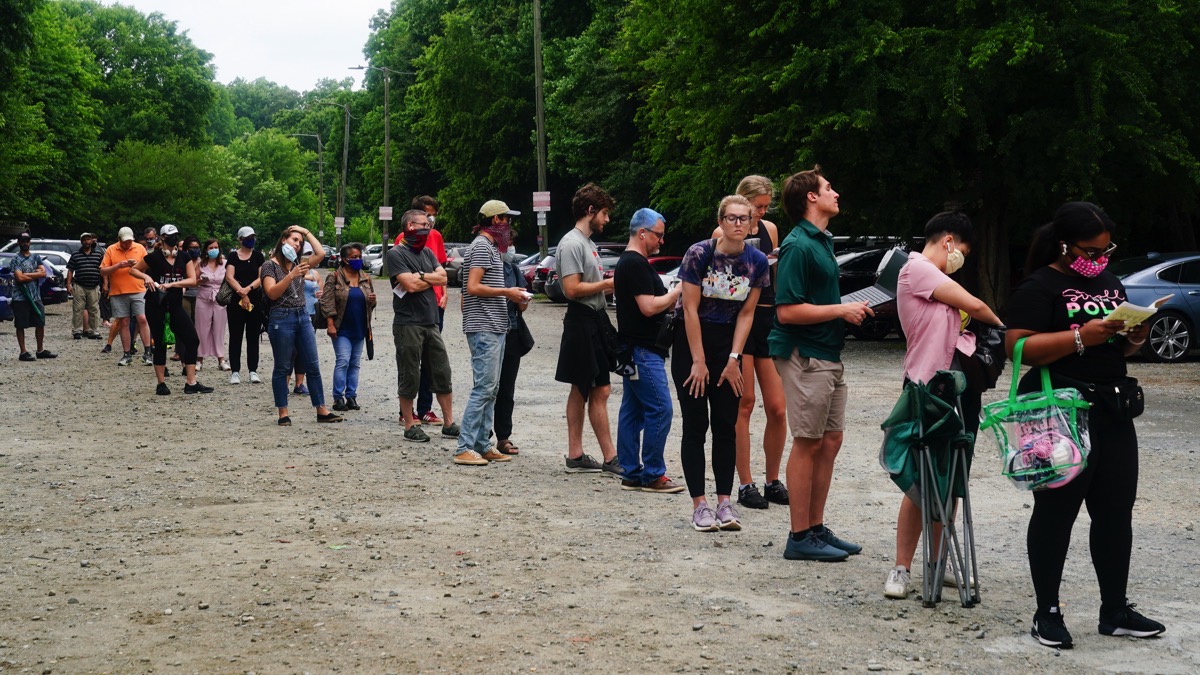 Welcome to our IRL (In Real Life) daily news roundup where we highlight the major new stories that we think you should be paying attention to and following.

Hourslong waits, problems with new voting machines, and a lack of available ballots plagued voters in majorly minority counties in Georgia on Tuesday — conditions the secretary of state called “unacceptable” and vowed to investigate.

Democrats and election watchers said voting issues in a state that has been plagued for years by similar problems, along with allegations of racial bias, didn’t bode well for the November presidential election, when Georgia could be in play.

“This seems to be happening throughout Atlanta and perhaps throughout the county. People have been in line since before 7:00 am this morning,” Atlanta Mayor Keisha Lance Bottoms, a Democrat, tweeted shortly after polls were supposed to open — and in some cases still hadn’t.

Secretary of State Brad Raffensperger, a Republican, said the problems “in certain precincts” in Fulton and DeKalb counties were “unacceptable.”

“My office has opened an investigation to determine what these counties need to do to resolve these issues before November’s election,” he said in a statement.

The Head of CrossFit Has Stepped Down After Telling Staff on a Zoom Call, “We’re Not Mourning for George Floyd”

Comments about the killing of George Floyd appear to have resulted in the retirement of the CEO and founder of one of America’s biggest fitness brands and an exodus of the company’s partners.

CrossFit head Greg Glassman announced Tuesday that he is stepping down from his post at the company he started with his now ex-wife in 2000. The announcement came hours after Buzzfeed published a story reporting Glassman told affiliated gyms that the company is “not mourning for George Floyd.”

According to BuzzFeed News, Glassman’s most inflammatory comments came in a check-in Zoom call that CrossFit brass regularly held with a random collection of affiliated gyms during the ongoing coronavirus pandemic.

The topic of the call reportedly featured several comments from Glassman on Floyd’s killing and the resulting protests, in which he had said this to say:

“We’re not mourning for George Floyd — I don’t think me or any of my staff are,” according to a full recording of the meeting obtained by BuzzFeed News.

“Can you tell me why I should mourn for him? Other than that it’s the white thing to do — other than that, give me another reason,” he asked a Minneapolis gym owner who had questioned why the brand hadn’t posted a statement about the protests across the country after the death of George Floyd.

Glassman reportedly added he didn’t think “that there’s a general mourning for Floyd in any community.”

Christian Cooper on being racially targeted while birdwatching in Central Park.

George Floyd‘s brother, Philonise Floyd, delivers an opening statement in hearing about police brutality — “Yesterday, we laid him to rest. It was the hardest thing I ever had to do…I have to be the strong one now because George is gone”