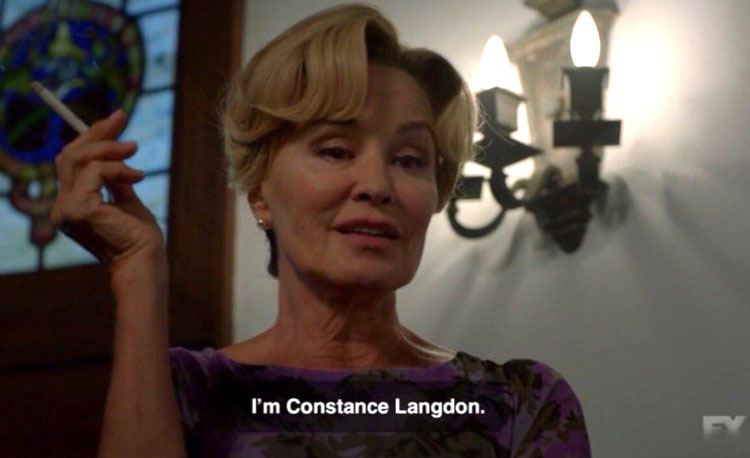 Oh, how we have missed you, Jessica Lange.

In the return to Murder House, we were treated to appearances by Lange, Dylan McDermott, and Connie Britton.

Lange, returning as Constance Langdon, Michael’s grandmother — marking her first American Horror Story appearance since she exited the Ryan Murphy-created franchise after Season 4 aka “Freak House.” Paulson explained to TheWrap how Murphy persuaded the fan favorite star to come back — and apparently, it really didn’t take much persuasion.

“I mean, I think the truth is Jessica has played four extraordinary characters on this show, and Constance was the beginning, and it was a character that was close to her heart,” Paulson said. “So I don’t think it took much convincing to get her back here for that. I think it was her love of the character, the connection to that character that drew her back. And hopefully, it didn’t hurt when he said to her, ‘Sarah is gonna direct it.’ You know, it didn’t make her say no or anything. She still did it. (laughs).”

The best line of the episode was Lange’s first line of dialogue, “I’m Constance Langdon, and this is my fucking house.”

Sadly, this was the only episode in which Jessica makes an appearance.

Read the full recap of the episode here.