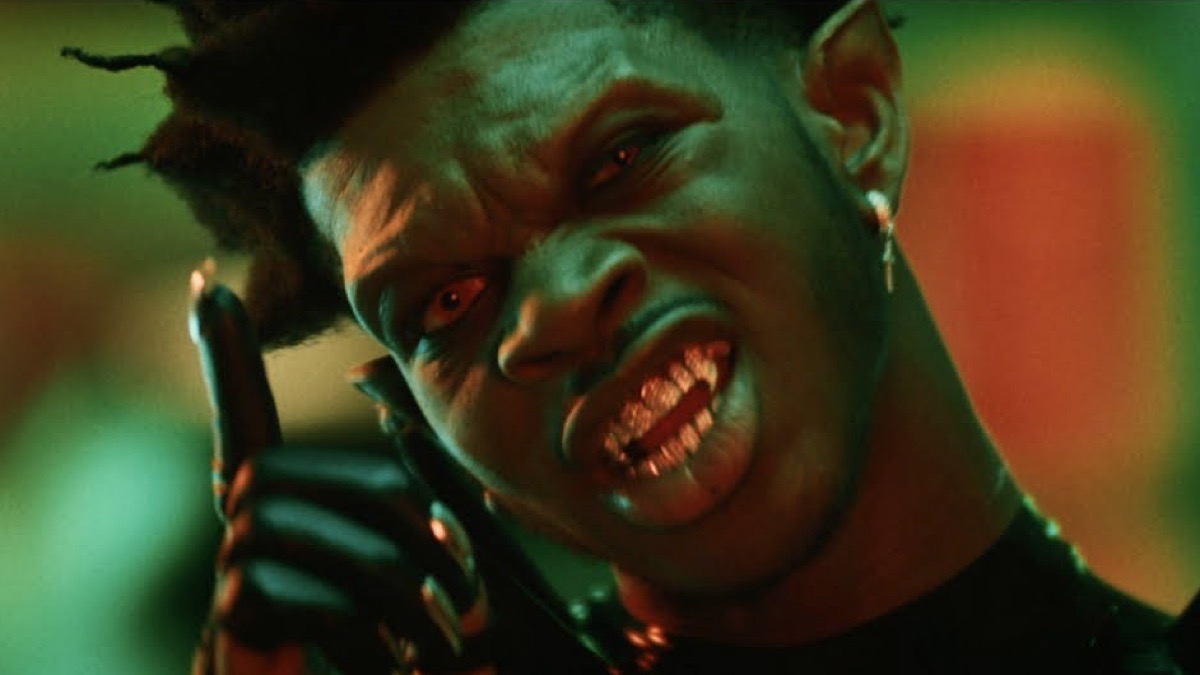 Lil Nas X has turned into a vampire for his new music video, and we’re very much into it.

The “Old Town Road” star has blessed us all with the official clip for Rodeo, showing him as we’ve never seen him before.

In the video, Lil Nas X takes on the form of a vampire after he is bitten while exiting a phone booth. As the night continues, he gets stronger in realizing his new powers.

With nods to Michael Jackson’s “Thriller” and Marvel’s Blade, the video also takes inspiration from The Matrix trilogy as Lil Nas dodged bullets fired at him by men in black suits and blacked-out sunglasses – and that’s not the only Matrix reference.

As “Big Nas” enters the picture, he takes on a Morpheus-type role offering the ‘Old Town Road’ rapper a choice of pills: a red one or a blue one.

WATCH: Get In The Holiday Spirit With The Shirtless Hotties…