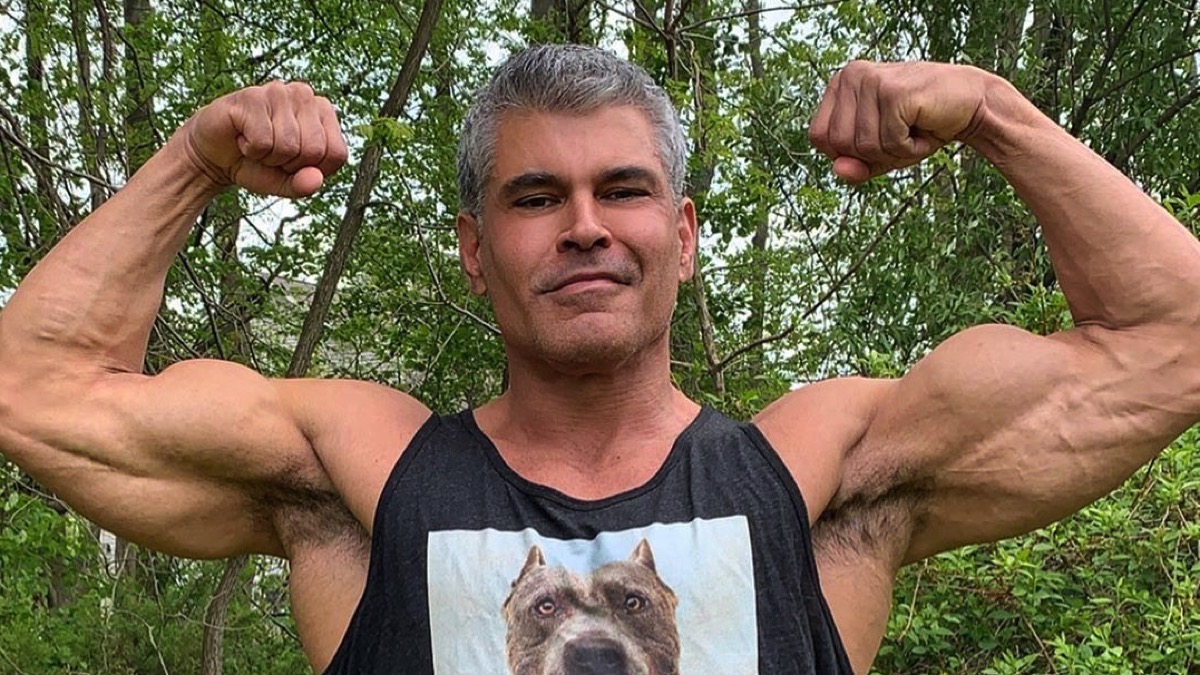 Celebrity photographer, reality TV staple, and philanthropist Mike Ruiz is using his talents to benefit the LGBTQ community with a pair of special projects.

Mike is responsible for creating memorable images for RuPaul’s Drag Race and starred in the Logo reality series The A List: New York. He also directed the cult classic Starrbooty, which starred RuPaul and Candis Cayne.

Mike has joined seven of America’s leading fitness photographers to launch “Flex Your Vote,” a new campaign that aims to encourage the LGBTQ community and its allies to the polls this November.

Of the campaign, Mike says, “It’s painfully clear why this is the most important time in our lifetimes to vote. We are being engulfed by a pandemic, millions are unemployed, the government is riddled with corruption. We need to change the direction of this country or we are headed towards a dictatorship where we will be stripped of our rights.”

Mike was initially inspired into action when it came to his attention that many of the American fitness models that he helped to make famous were supporting policies that directly undermined his liberties.

Mike reached out to his photographer colleagues in the fitness industry — Pat Lee, Ulrich Oehman, Jorge Freire, Abel Cruz, Eric Wainwright, Allan Spiers and Michael Downs — and the group concluded that rather than try to change the minds of the indoctrinated, they would try to inspire the LGBTQA+ community to register and then vote in the upcoming election because, as Mike points out, “1 in 5 LGBTQA+ people are not registered to vote.”

For the Flex your Vote campaign, the eight photographers are posting images to their Instagram and Facebook accounts and encouraging fans to share them with the hashtag @flexyourvote. Their goals is to motivate the 20% of the LGBTQ community that isn’t registered to vote to do so. The campaign is already getting results. Mike noted, “I’ve made three posts so far and have had six people reach out to me telling me that they registered to vote as a result of seeing my posts.”

Mike is also promoting his new Social Impak collection,  with tees, tanks, posters, pillows and mugs, all emblazoned with some of his most iconic photos and imagery.  25% of all profits from sales are donated to his two favorite causes: The Stand Up for Pits Foundation and the Ali Forney Center (benefitting homeless LGBTQ youth).

Get to know more about this “model” photographer as Mike answers the Socialite Seven.

When did you know you wanted to be a photographer?

I was a late bloomer. I didn’t realize how obsessed I would be with photography until I was 28. That’s when I decided to put my heart and soul into it.

I do a lot of advocacy on behalf of the LGBTQ community and animals in dire need. That is what gives me the most satisfaction and what I’m the most proud of. After I’m gone, no one will care who I’ve photographed or what magazine covers I was on. They barely care now! I feel good knowing that I was able to help some lives in need along the way.

I was so shocked to find out that only 1 in 5 LGBTQ+ is registered to vote. With our very existence being threatened by the current administration, I felt like it was my duty to motivate that 20% of our community to vote. The campaign is meant to catch the eye and deliver a message. VOTE IN NOVEMBER. One can register in just a few minutes at VOTE.GOV

Wayne, my husband, Julia my 4-legged daughter and peanut butter.

The ability to sing. I feel like I’m a diva trapped in the body of a tone-deaf person!

Trust to your instincts. They are always right.

I’m grateful for everything, the joy and the heartache. I feel that I was given the ability to really live as opposed to just existing. I savour every minute of every day.

Follow Mike on Instagram and check out his new Social Impak collection – and of course, if you haven’t already, register to vote!