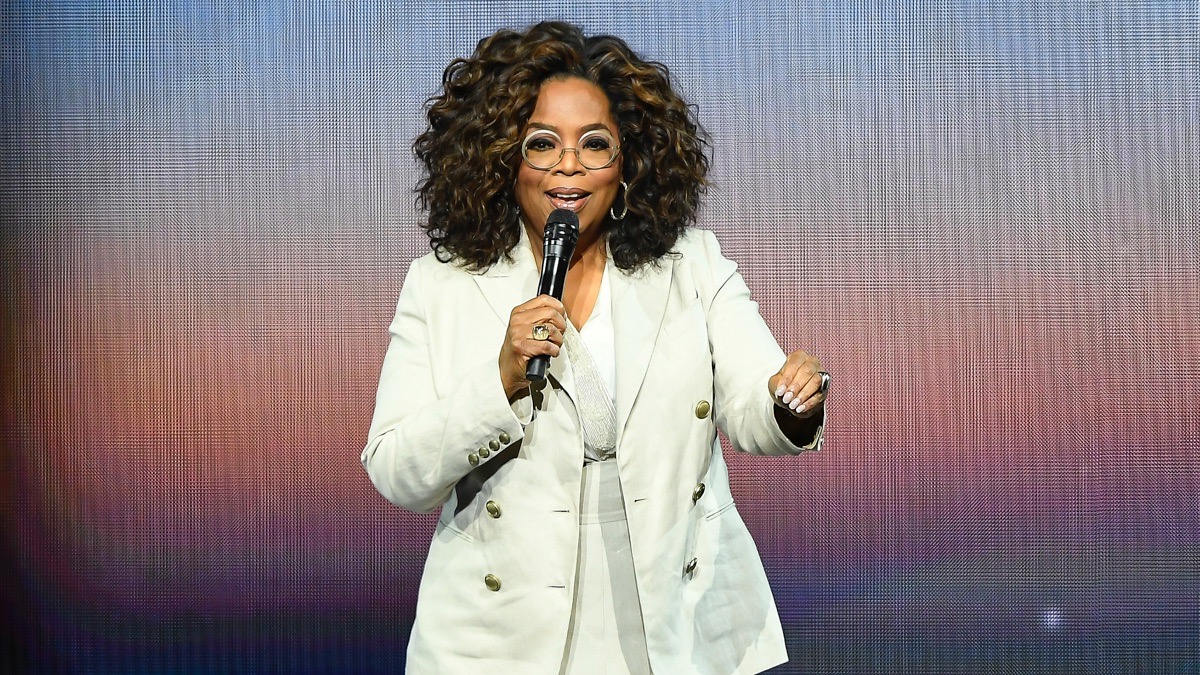 On Saturday (February 29, 2020), Oprah Winfrey tripped and fell on stage while ironically speaking about balance while on her Oprah’s 2020 Vision: Your Life on Focus Tour.

She was unharmed and blamed the mishap on her shoes.

“Wellness to me means all things in balance, and balance doesn’t mean all things are equal or at peace at all times,” Winfrey said in the clip.

She then took a few steps, stumbled and fell. She was quickly able to sit up straight and joked: “Wrong shoes.”

“It’s nice to be talking about balance and fall,” Winfrey said, according to the outlet.

Oprah addressed the fall during in an Instagram video taken backstage at the event.

“I didn’t even think ’embarrassing,'” she said in the video. “I just thought ‘Okay I fell, everybody knows what falling is.’ You would prefer not to fall, but now I’ve fallen.”

After falling, Winfrey took off her shoes and remained barefoot until eventually slipping on sliver sneakers.

“I thought this was a great day in spite of the fall, which now becomes a meme, I know,” she said in a later video. “But I picked myself up I don’t know if it was something on the floor or my foot twisted or what. I had the indication I was gonna fall before, and then it is what it is, it was a great, great day.”

The Internet had plenty of reactions to Winfrey’s unexpected fall. In particular, rapper 50 Cent took to Instagram to mock Winfrey, and made a reference to her past interview with Michael Jackson‘s male accusers from the documentary, “Leaving Neverland.”

After the show, which featured a sit-down interview with Jennifer Lopez, Winfrey addressed the viral fall in a tweet.

“LA: You were lit! In spite of my fall (which now becomes a meme), you brought me UP with your energy,” she wrote. “Now I’m headed home to ice my knee.”