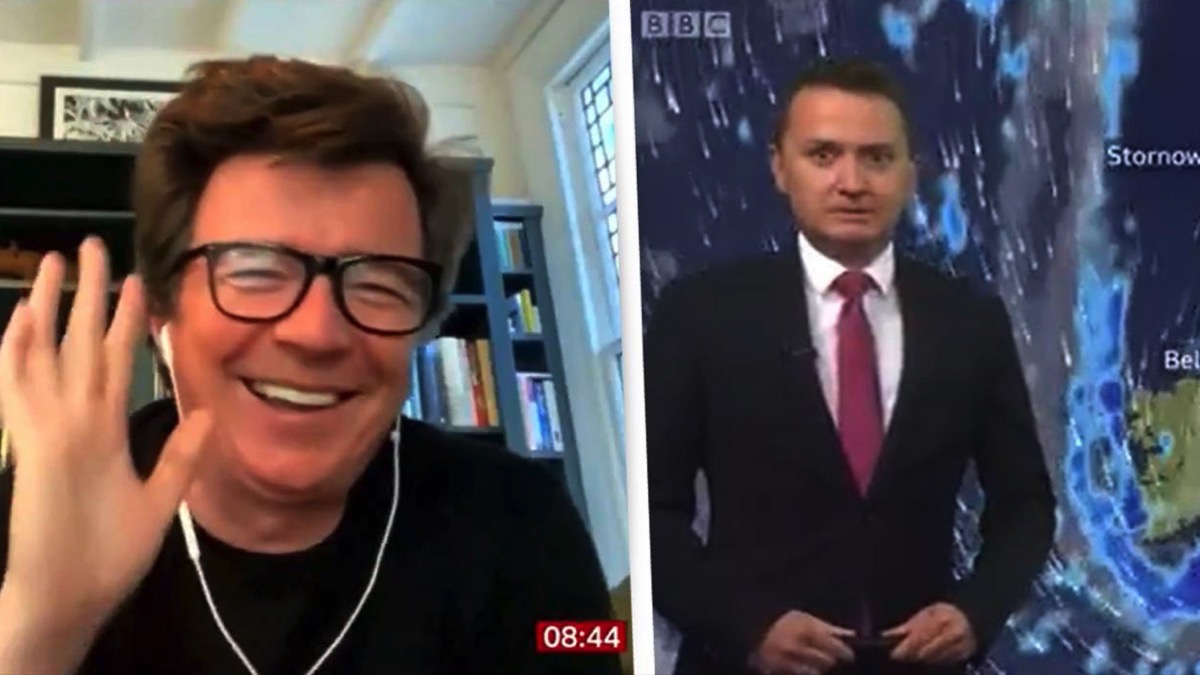 A weatherman on the UK’s BBC Breakfast weatherman was left embarrassed after confessing he didn’t like pop star Rick Astley – while Astley himself was listening.

The 44-year-old meteorologist replied: “Erm, not a massive one.”

Charlie chuckled: “Well, that was the wrong thing to say. He’s listening and he’s coming up in just a moment.”

“I’ll ask you again, are you a Rick Astley fan?”

Quickly going from cool, calm and collected to absolutely mortified, Matt then responded: “Oh, I’m sorry. Love Rick Astley, the best. Grew up with him.”

Charlie said: “Great, he’s coming up next so he’ll be grateful to hear that. He heard everything you said, Matt. The damage is done.”

The camera then cut to 54-year-old Rick who was in hysterics at the exchange while Matt grumped: Thanks Charlie.”

Fellow BBC Breakfast host Louise Michin couldn’t contain her laughter and neither could Rick himself, as he flashed up on video call with his hand over his mouth.

Gwyneth Paltrow Announces New Candle — This Smells Like My Orgasm

Taylor tried to make excuses on Twitter, writing: “Note to self … Charlie isn’t always trying to make me do something silly, like sing, on air (hence my response) AND MORE IMPORTANTLY Make sure you check who is on the programme after you.”