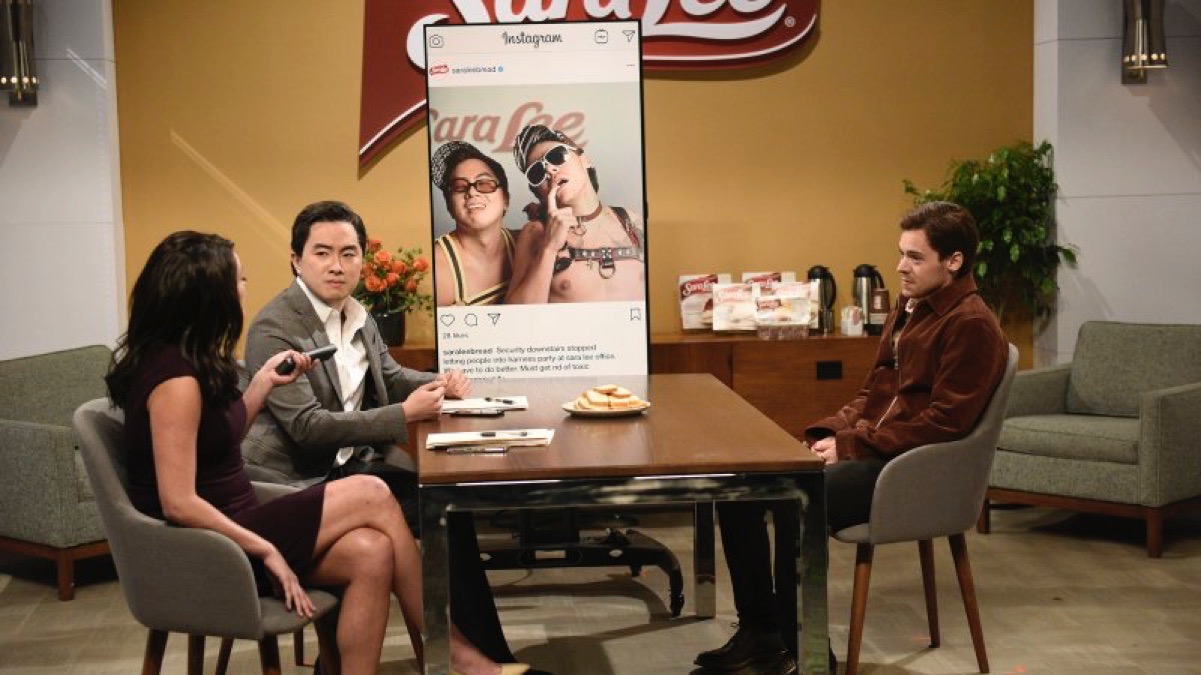 Over the weekend, Harry Styles and the cast of Saturday Night Live used beloved bread products brand Sara Lee as the subject of a salacious skit that imagined would it be like if an excited Styles was the brand’s social media coordinator.

In the hilarious sketch, cast members Cecily Strong and Bowen Yang talk to Styles about accidentally using the fictional Sara Lee Instagram account instead of his personal account to post thirsty, emoji-laden comments below celebrity Instagrams and to reflect on lovelorn trysts and matters of the heart.

Following the sketch’s debut, fans wasted no time in taking the risqué comments and captions from SNL and using them on the actual Sara Lee account in real time, flooding the comment section with comments like “WRECK ME DADDY,” “DESTROY ME, KNG,” and a plethora of eggplant emojis.

At one point, Slate reported that Sara Lee was receiving so much engagement on their social media accounts, that they turned off commenting on their Instagram completely, provoking a response from Yang.

Lawsuits by Michael Jackson Accusers Likely to Be Restored— AP

The brothers’ have been fans of the beer for years – and the brand loves them back. From sending Joe and Sophie custom bottles for their wedding in France to making a cameo appearance in the “Only Human” video – it was time to bring them all together for something special. The limited edition Coors Light brewed with the Jonas Brothers is still the same refreshing Coors Light but what makes it truly special is that Nick, Kevin, and Joe played a part in brewing it and creating a custom bottle to celebrate the partnership.