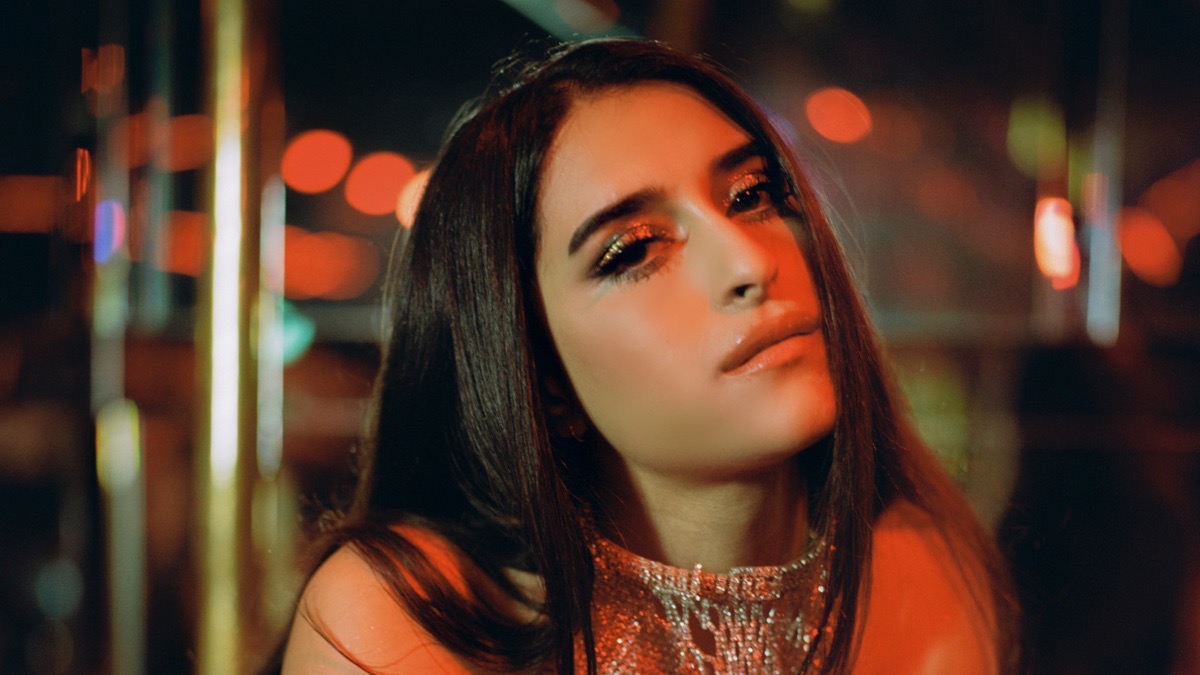 Persian singer, songwriter, producer, and multi-instrumentalist Gia Woods is opinionated, open, and a strong emerging voice in the LGBTQ community.

When it comes to her music, she says that, “Whether you’re going to work or going out, I want you to be able to listen to my music and feel good,” and she delivers on every front.

The stunning Gia, who took her name from supermodel Gia Carangi, emerged on the scene with the song “Only A Girl” in 2015. The song generated millions of streams, plays, and views and its cinematic video would also be her “coming out.”

As Gia states, “In my culture, people don’t come out to their families as quickly as I did. They also typically don’t do music. The culture can be very closed off. The video was actually how my parents found out.” She went on to collaborate with Matoma on the 2017 hit “Heart Won’t Forget,” which generated over 32 million Spotify streams.

In 2019, she recorded “New Girlfriend” and has now released the single for her new song, “HUNGRY”, which is destined to be the bop of the season.

Gia has a clear mission with her music. “I really know what I want to say, and the songs fit my personality and what kind of artist I want to be,” she affirms.

“I want people to listen to my music and feel empowered—like they can come to me for support. I want to represent for young adults growing up and figuring out who they want to be. I think I can be their voice.” Get to know more about this up and coming singer as she answers the Socialite Seven.

Growing up I constantly wanted to learn to play any instrument I could find and there was really nothing else that grabbed my interest like music. In high school, I think I really figured it out, and I feel like that’s the time where there’s “pressure” to decide what you want to do, and for me, it always came back to music. I can’t imagine my life without it and can’t seeing myself doing anything else. So it’s always been something I’ve wanted, and definitely something I haven’t regretted.

Madonna was definitely someone I really looked up to. I feel like she didn’t hold back and was very expressive. In that way, I feel like I can relate. She also never really had one genre of sound, and I feel like that inspired me and allowed me to not feel the need to be put in a box.

070 Shake – I love what she’s doing and this new album is amazing!

I’ve been really into French pop music this past year! There’s this artist Alice et Moi that I’ve been listening to.

A lot of my experiences growing up, I’ve struggled with feeling accepted and like I belong…so I feel like a really important part of my journey is to be honest about my feelings and experiences, no matter how scary it might be, and hopefully that makes others realize that they’re not alone in their feelings. I want people to be able to be vulnerable without fear of shame or rejection.

If you could devote your life to one charity or one cause, what would it be and why?

Any homeless charities. Homelessness is an issue that I see every day in LA, and it breaks my heart to both see and know that there are children and families in need all over the world.

Don’t be afraid to be uncomfortable.