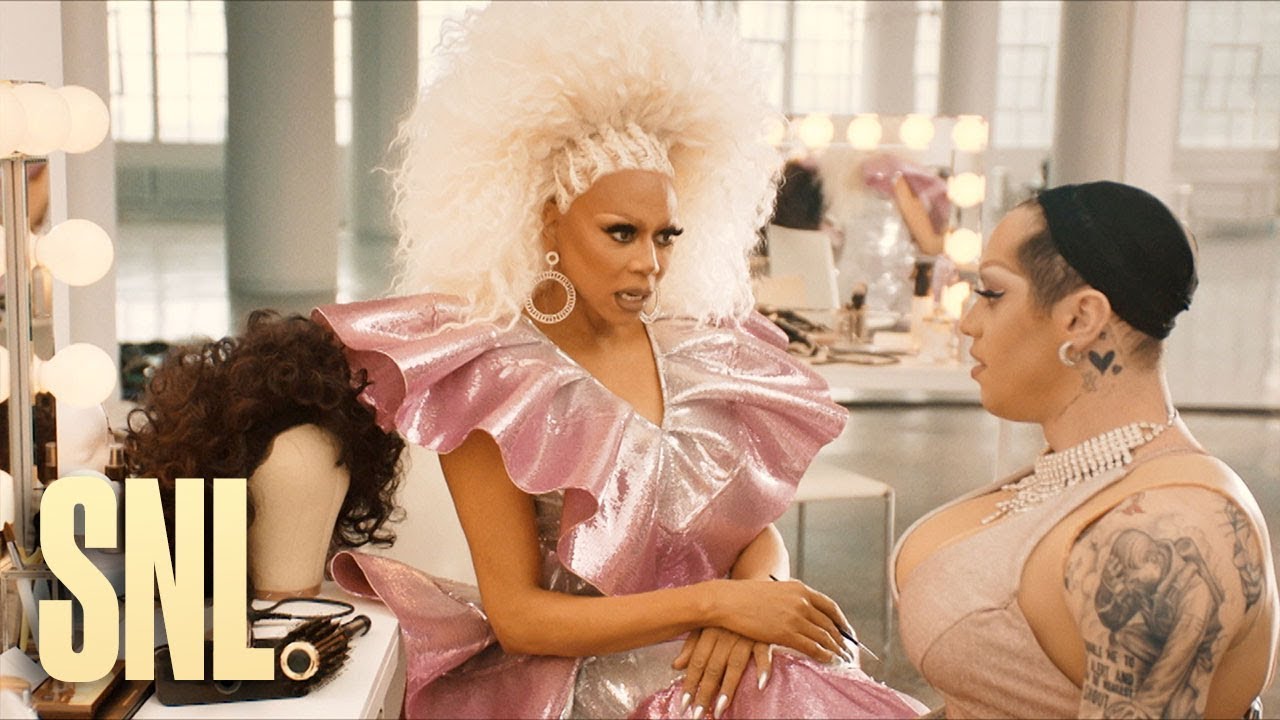 RuPaul spent most of his first time hosting Saturday Night Live out of drag, except for one notable moment when the RuPaul’s Drag Race icon was joined in full hair and makeup by Davidson in a digital short.

In the digital short, Mikey Day played a photographer who told RuPaul that he is drag, but that was the problem in RuPaul’s eyes. “Where’s the next generation? We need someone new.”

“Everyone, take five. Leave me with the future of drag,” RuPaul said.

This led to lessons on the art of the tuck — “You need to tape it down and back, not up and front,” RuPaul said when Pete Davidson’s Chad walked out in tighty-whities with duct tape on his stomach — and then lessons about clothes and beating one’s face.

“Pop your lips like you’re about to kiss,” RuPaul told him. But when he went in with tongue, RuPaul replied that he was a married man.

Drake & Josh Reboot Is Reportedly in the Works

And finally, it was time to find the song that speaks to Chad so he could lip sync for his life and eventually sissy that walk. The last part ended with him face-down in the crafts services table.

“I can mold you into the next RuPaul, and if you want to be the best, you’ve got to be willing to work your padded ass off,” RuPaul said. But when he said he didn’t want to be the next great drag queen, RuPaul said, “Some horses were born to run wild.”