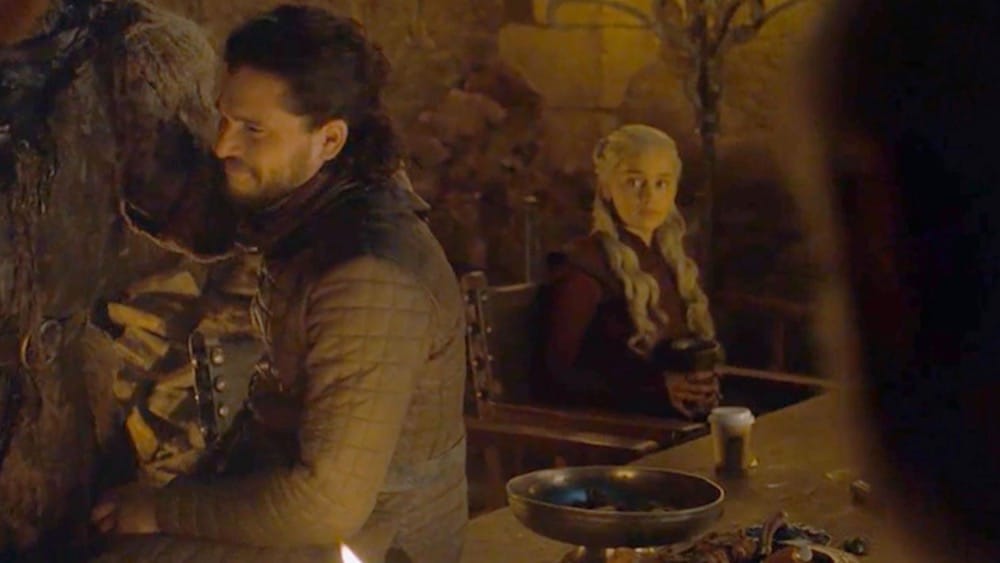 Of all the twists and turns on Game of Thrones’ most recent episode “The Last of the Starks,” the most shocking one for most of the internet was the appearance of an out-of-place cup of Starbucks coffee.

The cup, which appeared in front of Daenerys Targaryen for only a few seconds, may have gone unnoticed by the show’s vast production team — but not by its millions of fans.

Like most things in the final season of Game of Thrones, the item was quickly spotted, and its cameo was dissected, overanalyzed and made into memes.

Read more at The Verge.

Congrats to Gina Rodriguez. She’s a married woman and her husband is a HOTTIE! — Dlisted

Madonna and Diplo made an announcement on Monday morning: Madame X is going on a theatre tour. — Towleroad

Tennis player Cristian Garin is quite the cutie. — Kenneth in the 212

The Real debate as to who is the “male” Beyoncé. Yes, that really happened. — omg blog

The GLAAD Media Awards happened over the weekend in NYC and Boy Culture had a front row seat. — Boy Culture

Kylie Minogue has ditched Nashville and her country experiment and returned to bubbly dance synth bops with “New York City” It’s vintage Kylie and a throwback to her past hits. — Homorazzi