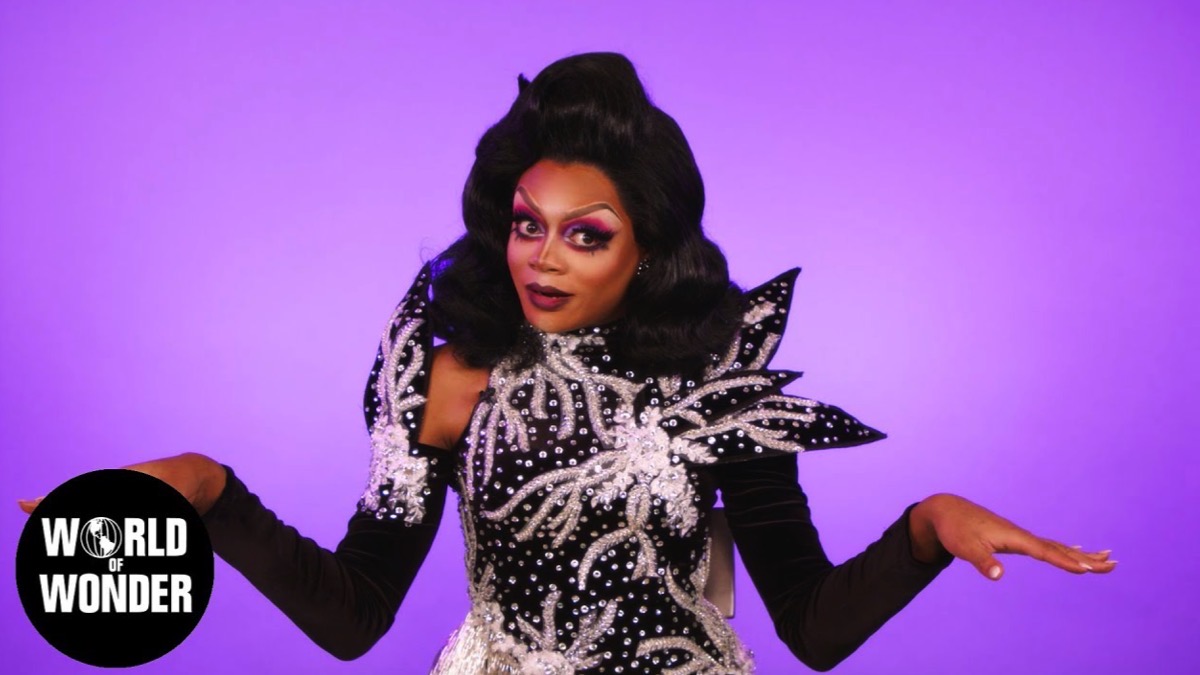 Hello, hello, hello! We’re back for another week of fabulousness with The Week in Drag from the ever-growing Drag Race universe.

This week, the queens react to the newest members of the sisterhood, the queens of Drag Race Holland and, of course, we’ve got great new content from some of your all-time favorites, including Willam, Trixie Mattel, Katya and Monique Heart.

We’ve got fashion, makeup and lots of laughs in store for you, so let’s bring it to the runway!

First of all, congratulations to RuPaul and RuPaul’s Drag Race on their Emmy wins. The show has accumulated 19 Emmys, beating out Dancing with the Stars as the Television Academy’s most-awarded reality competition show in history.

RuPaul’s Drag Race: Vegas Revue has wrapped up its COVID-shortened first season (with news that the show will be back in January of 2021.) If you missed anything or just want to hear Willam and Alaska talk about the ups and downs of the show’s first five episodes, listen to the latest episode of “Race Chaser”.

It seems like we’ve known who won Canada’s Drag Race forever, but, here in the US, the season finale just aired last week. Trixie Mattel and (the stunning) Brooke Lynn Hytes discuss the episode, the fashions and more on the latest episode of “The Pit Stop.” Brooke discusses the move from Drag Race contestant to judge, her amazing runway looks and how much of a star Jimbo is (which we all knew already.)

With a Canadian queen crowned, it’s time to move on and met a new bunch of queens and they are fierce. Yuhua Hamasaki and Shuga Cain discuss the queens of Drag Race Holland’s promo looks on a new episode of “Bootleg Opinions.”

Raja and (Emmy winner) Raven toot and boot the runway fashions from the premiere episode of Drag Race Holland on “Fashion Photo Ruview.”

Manila Luzon and Latrice Royale have a new season of their hilarious podcast “The Chop” where they take on the newest spin-off.

Raja and Delta Work have a new podcast from Forever Dog, the fine folks who bring you “Race Chaser” and “The Chop”. On the first episode of “Very That” the pair discuss fan expectations, their pre-Drag Race experiences, kitten heels, Chaka Khan and lots more. I am so glad that Delta is back in my life.

Nina Bo’Nina Brown also has opinions about the new series. Serving face like no one else, Nina shares her honest, unfiltered views on the premiere of Drag Race Holland and bearded queens (who I think are awesome) on her latest “Rawview.”

It is rare that I actually watch one of the Netflix shows Trixie and Katya review on “I Like to Watch”, but I did catch the comedy/horror sequel Babysitter: Killer Queen. The movie was fun, but to hear these two dissect it is even better.

Trixie and Katya take on a topic near and dear to my heart, procrastination, on “UNHhhh.” We celebrate the day Katya finally got to finish a story (about the costume shop she used to work at) learn about Trixie’s “2nd business puberty.” The “purveyors of procrastination” also answer fan questions about how to combat “resting nice face.”

Trixie reunites with YouTuber Brittany Broski for another hilarious makeup video. This time, Brittany creates a “spooky ooky” look for her pal “Tracy Martel.” The results are surprisingly not as terrifying as I expected (although that lipstick…oof.) I totally want to kiki with these two.

Heidi N Closet is here to take on bullying on the first episode of her web series “Gap Chat.” She discusses her run-ins with bullies and how to take an anger management break to save your sanity. She also takes a few good-natured pokes at her fellow season 12 queen Nicky Doll on social media This episode is brought to you by “Heidi Hydrates” and yes, it makes you s-s-s-s-skin s-s-s-s-oft and s-s-s-s-supple.

Comedian Mateo Lane attempts to recreate one of Bob the Drag Queen’s looks without any guidance. Can the comic beat Bob’s mug? Watch and find out.

The heart of season 10, Monique Heart, takes us through some “Manic Moments” as she oversleeps for a Brunch gig at Hamburger Mary’s. Can she get stage-ready and to the bar in 20 minutes? Watch part 1 and find out how she puts together a look on the fly.

If you love Yvie Oddly (and can’t get enough of that laugh), check out her interview with Grace Helbig on #NotTooDeep. She talks about her love of drag, her long journey to getting on Drag Race, performing at drive-ins, causes close to her heart and lots more. While Yvie took a backseat on Vegas Revue, it’s great to see her in the spotlight here.

Ben DeLaCreme and Jinkx Monsoon have unwrapped an early Christmas present for all of us. The Jinkx & DeLa Holiday Special, coming to VOD this holiday season, reunites the pair for a story about two queens who set out to film a classic Christmas TV variety show, but can’t agree on how. Ben told Entertainment Weekly, “I have been producing and directing theater for myself and other queer artists for years, and getting to make my first foray into producing and directing film for The Jinkx & DeLa Holiday Special has been an experience I will never forget.”

Willam delivers a hair-raising “Best of Beatdown” featuring “Updos and Updon’ts”. Among the wig and hair fails featured include Silky Nutmeg Ganache flipping her wig, a hair-pulling girl fight, a bad wig stylist, some thieving wig snatchers and more.

Want more Willam? I aim to please. Proving that I am entertained watching Willam do anything, I tee-hee-heed at this unboxing video. Watch as she shows her latest haul, including Drag Queen Merch’s “Race Chaser” buttons, glittery eyeshadow, amazing stoned garb including a bedazzled breastplate, skirt and pants, the Naomi Smalls x Kim Chi eye shadow palette, some of her Suckless products (of course), Uno cards, Haus Labs liners, a Kennedy Davenport costume, a whole bunch of nails and mangos from her folks.

Once again working her wig magic, Jaymes Mansfield creates a beautiful confection for one of the stars of the web series “Camp Wannakiki” by double stacking hairpieces.

I’m a theater nerd and a Coco Peru stan, so this video is everything. The drag icon has blessed us with a lip-sync to the song “Nothing” from the Broadway classic A Chorus Line. This video definitely has me feeling something.

I’m leaving you this week with a special message. Listen as Heidi N Closet, Mayhem Miller, The Vixen, Mariah, Latrice Royale and Widow Von’Du do their best to spread joy and kindness to the Drag Race fandom. Keep this message in your heart and give love to these amazing queens – and to all of your fellow human beings. Until next week, stay safe, stay healthy and say LOVE!