We finally have our first official look at Captain Marvel, courtesy of Entertainment Weekly. The magazine features Brie Larson as the intergalactic superheroine on the cover of its September issue, with a few exclusive images, also teased. She certainly looks ready to kick some Skrull butt: 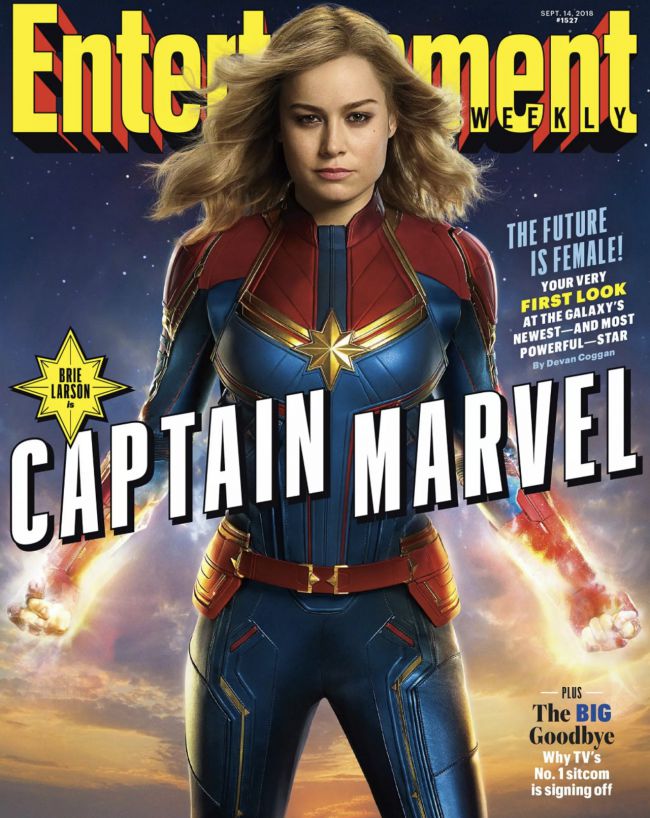 Yes! Meet us here at noon ET. We’ve got something Marvel-ous in mind. 😉

Captain Marvel a.k.a. Carol Danvers is part-human, part-alien, with a tendency to maker her own rules when those in place don’t fly, Larson told EW. Instead of seeing how her powers originated, the film catches up with Carol already doing the whole superhero-thing and facing off with Mar-Vell (Jude Law) and the villainous Starforce, as well as Talos (Ben Mendelsohn) and an army of Skrulls (evil shapeshifters. Cool!).

Rami Malek Will Be Playing a Villain in New Bond Movie, Just Not This Type of Villain