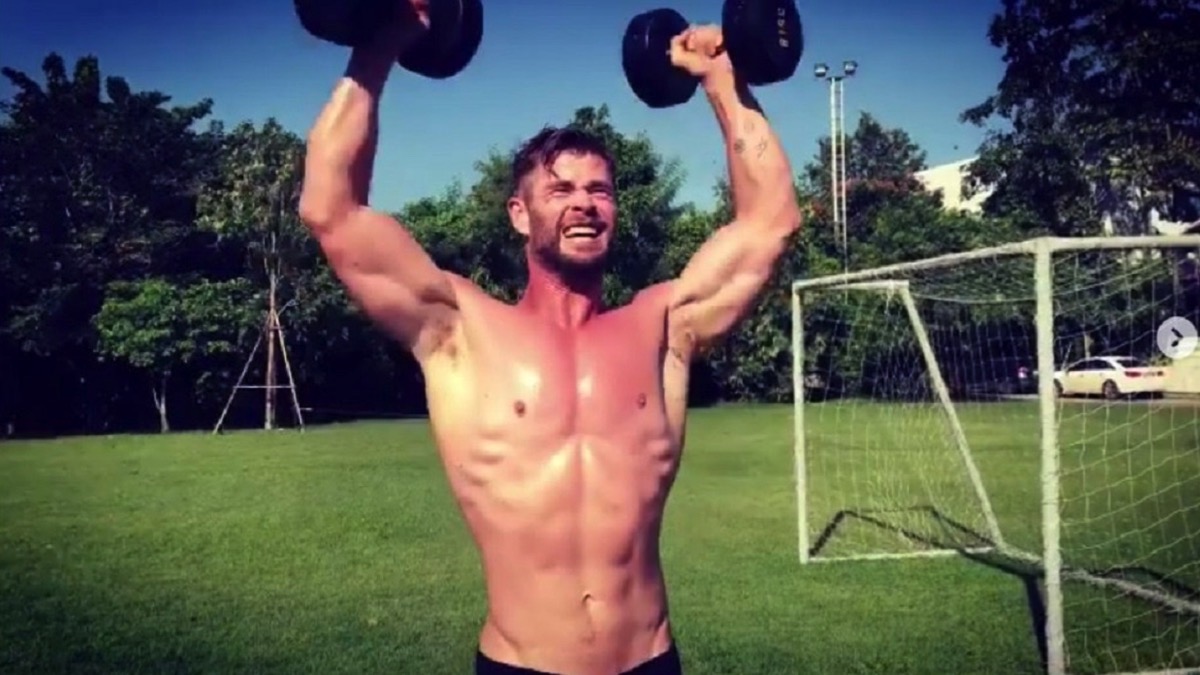 Are you ready for a bulkier and hulkier Chris Hemsworth?

Hemsworth has said he will undergo his biggest physical transformation to become wrestling icon Hulk Hogan in an upcoming biopic.

The movie, which doesn’t have a title yet, will be directed by the Joker‘s Todd Phillips and will center on Hogan’s rise to wrestler success in the 1980s.

The 36-year-old told Total Film (via Comic Book): “This movie is going to be a really fun project. As you can imagine, the preparation for the role will be insanely physical.

“I will have to put on more size than I ever have before, even more than I put on for Thor.”

And it’s not just the physical transformation, the Aussie star added: “There is the accent as well as the physicality and the attitude.

“I will also have to do a deep dive into the rabbit hole of the wrestling world, which I’m really looking forward to doing.”

Talking about his wrestler makeover, Hemsworth said that it’ll be ‘fun to see’ him as the wrestler – “blonde, probably balding and with a ‘tache’.”

However, it seems as though he needn’t worry too much about packing on the muscle just yet, as he also revealed that the movie is still ‘quite away a way away’.

Hemsworth explained: “I haven’t even seen a script yet. The project is deep in development. Todd Phillips and I met to chat about it maybe a year or two ago. We talked about the idea for the film, which I think was going to be a TV series at one point.

“There were a few different ideas about what portion of his life it was going to be set in, so we spitballed about what it could be and what I thought it might be.

“Thankfully, they ran with a few of those ideas and the script is in the process of being written – but Hulk Hogan is still quite a way away.”