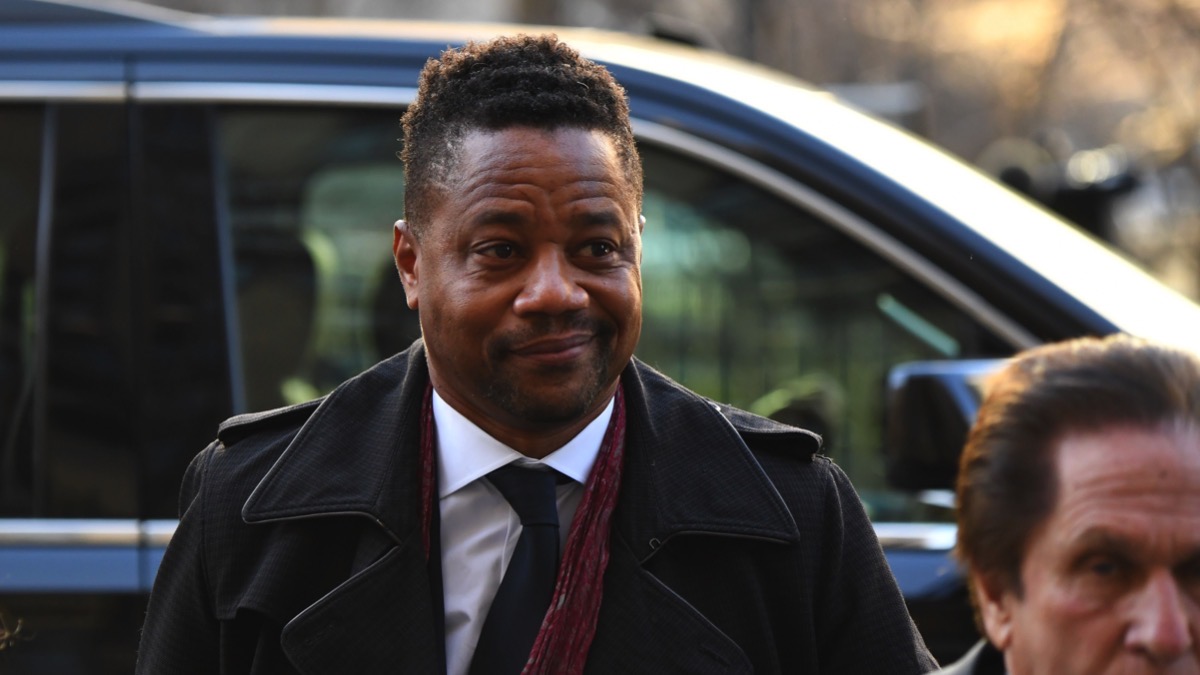 Cuba Gooding Jr. appeared in court in New York Thursday (August 13, 2020) for the first time since the COVID-19 pandemic delayed his trial on groping charges.

Gooding, 52, appeared for an in-person pretrial hearing before Judge Curtis Farber, who wore a mask and sat behind a Plexiglas shield. Gooding submitted to a temperature test before entering the courtroom.

Once inside, reporters saw him slip off one side of his mask, briefly showing the words “Black Lives Matter” on the inside. Later, as he was leaving the courthouse, Gooding took off the mask and showed the inside to onlookers.

“Black lives matter,” he said after reporters asked him about his lawyer’s arguments at the hearing.

In the courtroom, everyone – lawyers, clerks, recorder – wore a mask; that, combined with technical difficulties in the video conference setup for reporters, made it difficult sometimes to understand what was being said and who was saying it.

Gooding is charged with three misdemeanor counts of forcible touching and sexual abuse involving three women in Manhattan bars and restaurants in June 2019, October 2018 and September 2018.

He has pleaded not guilty to all the charges.

The hearing was held to argue over issues of discovery and what kind of evidence can and can not be admitted, and what kinds of questions witnesses can be asked at trial.

No, Viola Davis Did Not Buy the Plantation That She Was Born On