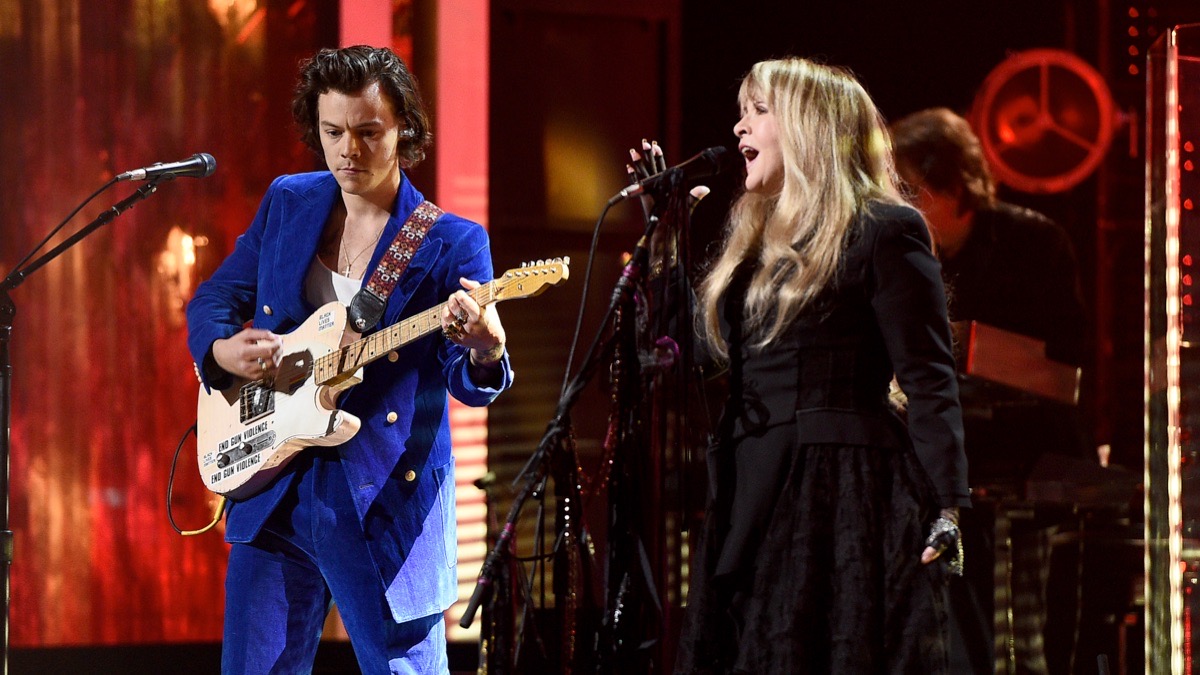 “For me, it wouldn’t be an album release without this young lady,” he told a rapt L.A. Forum crowd who’d already heard him debut the fantastic new Fine Line in its entirety. “I have a feeling you’re going to enjoy this as much as me. Please welcome to the stage, Stevie Nicks.”

This wasn’t the first time the two singers had joined forces and expressed their appreciation for each other. Two and a half years ago at Hollywood’s Troubadour, during the record release show for Styles’s self-titled debut album, Nicks was the surprise guest on three songs.

And earlier this year, when Nicks entered the Rock & Roll Hall of Fame, Styles delivered her induction speech, describing her as “the magical gypsy godmother who occupies the in-between” and “a rock ‘n’ roll Nina Simone.”

Styles also dueted with Nicks that night at the Rock Hall ceremony, respectively taking on the Tom Petty and Don Henley roles for “Stop Draggin’ My Heart Around” and “Leather and Lace.”

During the show, Styles got into the holiday spirit with a rendition of Paul McCartney’s “Wonderful Christmastime.” Additionally, he delighted fans everywhere with an upbeat version of the popular One Direction track, “What Makes You Beautiful.”