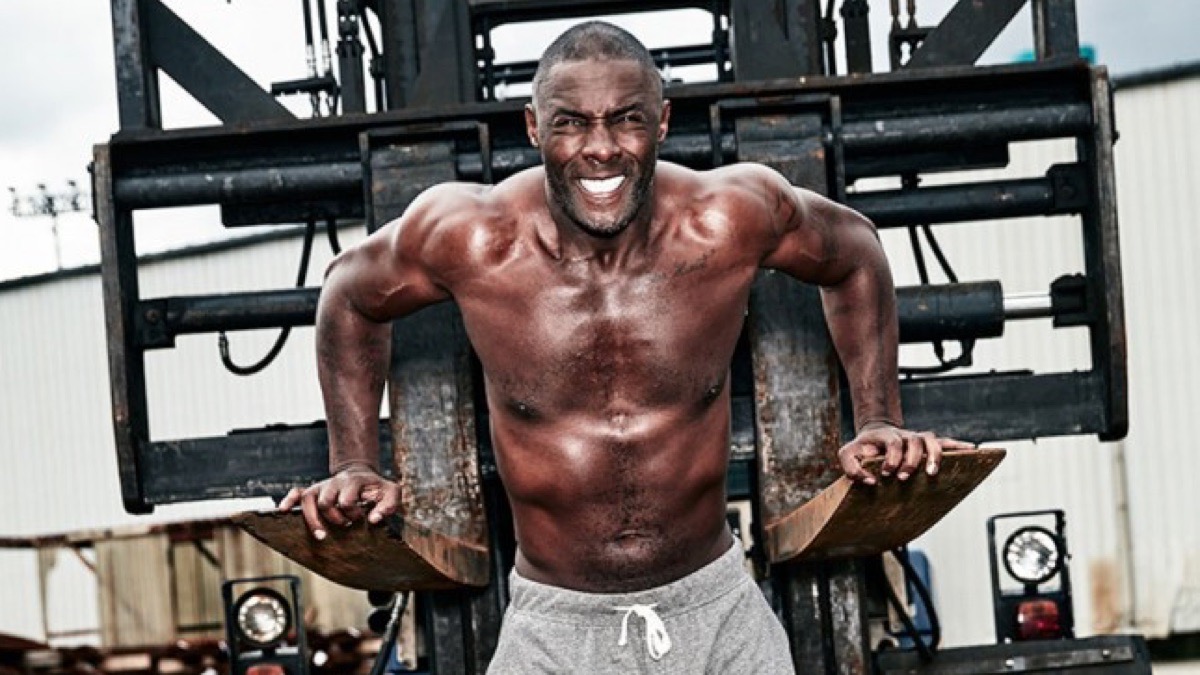 Is it too much that the photo above is yet another shirtless photo? No? good.

Because you know I would never deprive you guys of shirtless Idris Elba. The actor covers the latest issue of Men’s Health where he not only looks sexy for their photoshoot but talks about his crazy workout regime.

I mean, you do have to be in pretty fantastic shape to play James Bond, right Daniel Craig? (I figure if I just pretend that Idris is Bond, maybe I can will it into happening.)

Look, he’s even wearing a suit here to give you an idea of how great it’ll be.

And now, a little bit on how Idris gets so fit.

“Bouncing on the balls of his feet, Idris Elba fires off rapid jabs and a left-right combination then pivots with elbows raised to unleash a barrage of knee kicks to the ribs of an imaginary foe. It is powerful. It is violent. And it is graceful. The 6’2, 195-pound British actor has trained in kickboxing for a decade, and it shows. ‘Shadowboxing is one of the best workouts you can do,’ he says after he catches his breath. ‘You don’t need any equipment, and it works every muscle. It’s what Nelson Mandela did many mornings in his jail cell.’”

Don’t forget, he played Nelson Mandela, so he knows these things. Oh, and if you’d like to imagine Idris working out, here’s a bit from People about the “burpees” Idris has created for himself.

“I do these burpees where you have to stand up, and then you kind of crawl on your hands to the burpee position, burpee, and then crawl back up and do a star jump. I do about 15 of those and then I’m done.” In case you’ve never seen it, this is a burpee.

I love Idris Elba. Check out more from him in the latest issue of Men’s Health. You should just really keep the magazine on your coffee table as a sort of ice breaker. Because we all know that no one can resist the Elba. Now, if only he’ll post a video of himself doing burpees…