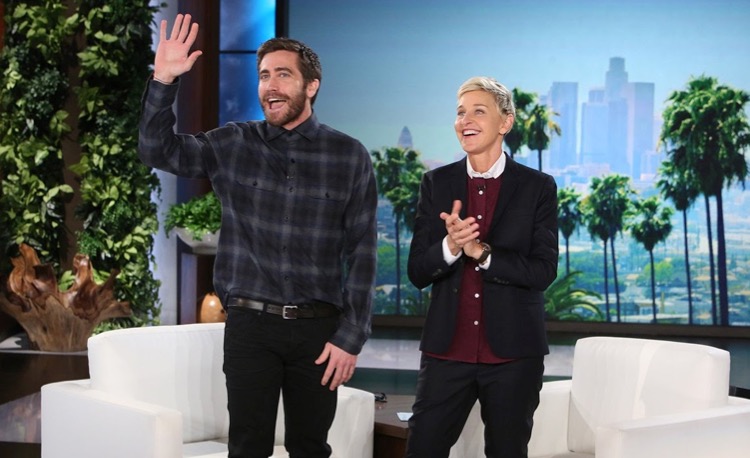 Actor Jake Gyllenhaal made an appearance on The Ellen DeGeneres Show today. During his appearance, Jake chatted about doing nude scenes in his movies. Plus, Ellen talked with Jake about his role in the highly anticipated film Nocturnal Animals

Being the prankster that Ellen is, she tried to scare Jake. However, Jake Gyllenhaal is not the type of guy to get fooled twice.

“I haven’t been back for a little while,” he told DeGeneres, after giving the set a cursory glance for hidden surprises. “I was so terrified the last time I was here.”

This time he came mentally prepared and thwarted DeGeneres’ efforts to get him shrieking again. She even hid in his dressing room bathroom (a time-honored stunt she’s pulled on others), but he never walked in!

This article was originally published on November 1, 2016.