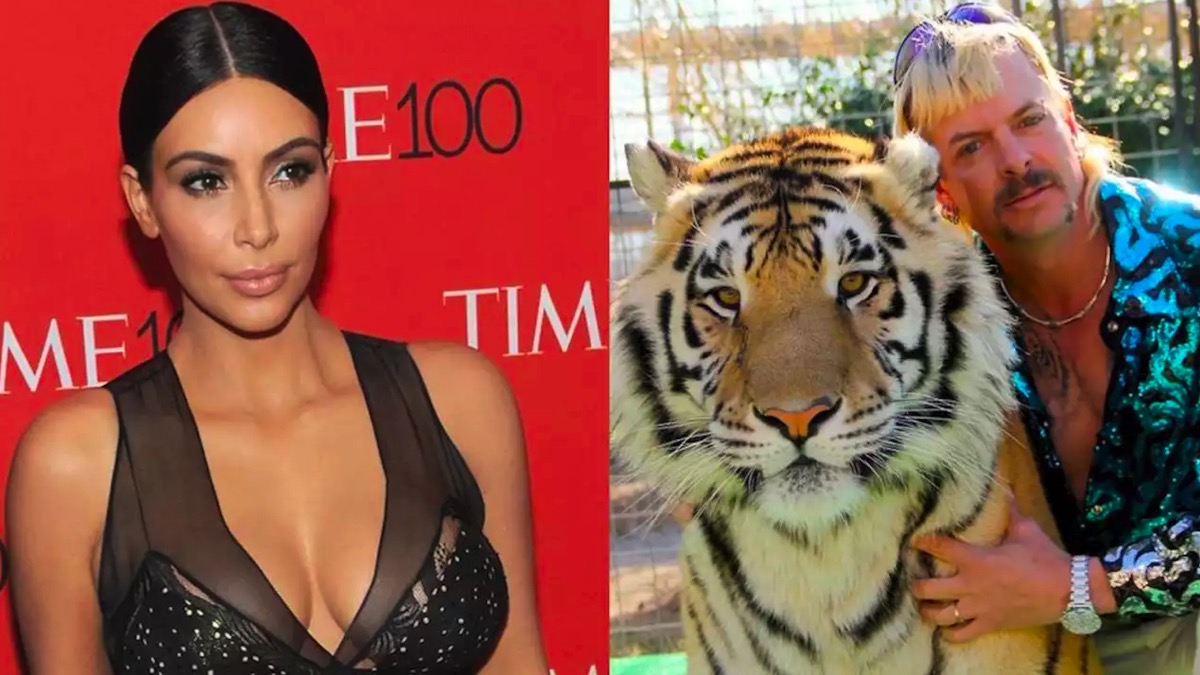 I mean, when you have nothing to lose, why not shoot your shot, right? Joe Exotic has reportedly written to Kim Kardashian to help him receive a presidential pardon.

The Tiger King star, currently serving a 22-year prison sentence for a murder-for-hire plan against Carole Baskin as well as several animal cruelty charges, reached out to Kardashian for legal help, according to Entertainment Tonight.

Former zoo operator Joe is serving a 22-year sentence behind bars after being convicted of plotting a murder-for-hire against Big Cat Rescue rival Carole Baskin as well as other charges.

In a letter to the Keeping Up with the Kardashians star, Joe wrote: “I know you have never met me and may never want to, however I do believe that you hold the values of our justice system dear to your heart.

“I am writing you this letter not as Joe Exotic but as the person Joseph Maldonado-Passage, asking you to please help me by just taking 10 minutes out of your life and placing a call to President Trump to look at my 257 page pardon it’s all the evidence I’m innocent and ask him to sign my pardon so I can return home to [my husband] Dillon [Passage] and my father.”

Joe, 57, added that the prison sentence has prevented him from expanding on his side of the story after the release of the hit Netflix documentary, as other stars of the series including Carole Baskin have been able to do.

He explained: “I have lost 57 years of work, my zoo, my animals, my mother has died, my dad is dying and I’ve been taken away from my husband who I love dearly.

“Everyone is so busy making movies, getting interviews, selling stuff and dressing up like me that everyone forgot I’m a real live person in prison and kept from even telling my own story for something I didn’t do.”

Joe ended his letter by asking Kim to give him a phone call to get the ball rolling in getting him out of prison.

He added: “No one even has to know you did it.”