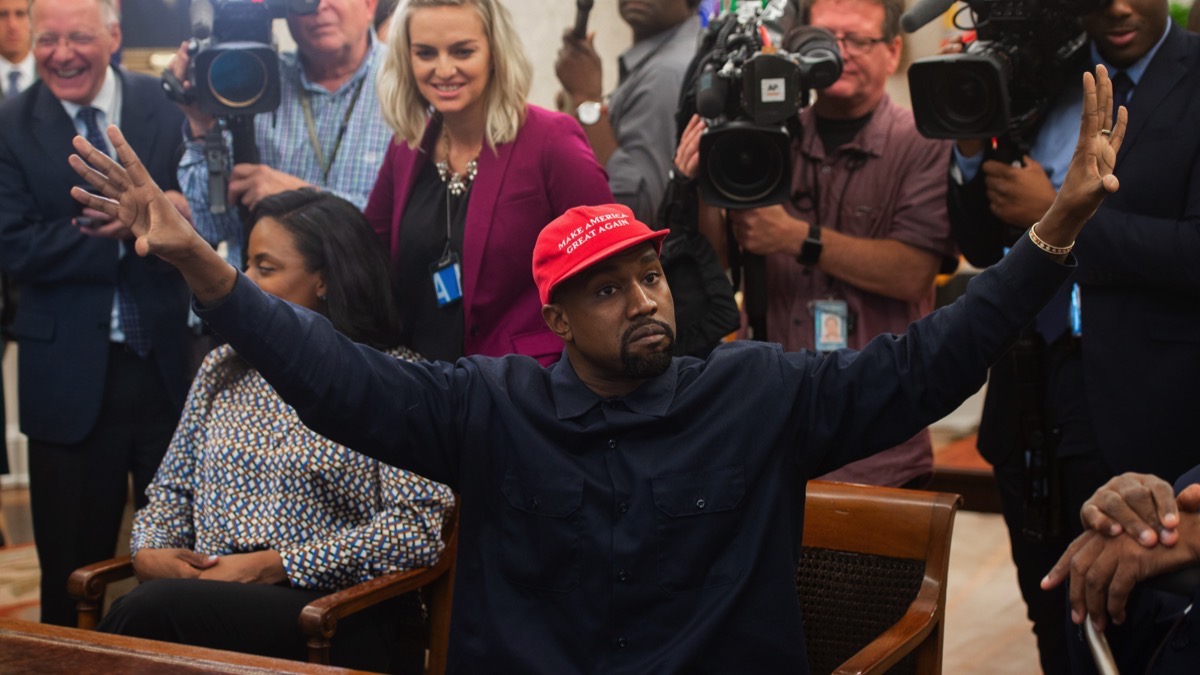 First of all, he hasn’t actually officially filed the paperwork to run for president.

There were many skeptics who believed that West was pulling some kind of stunt, and that argument has been boosted by the fact that West hasn’t filed any of the paperwork required to run for president with the FEC (Federal Election Commission), according to a report by BBC News.

The only candidate bearing the name “Kanye West” appears to be a joke: someone called Kanye Deez Nuts West filed in 2015 as a Green Party candidate, using the address “1977 Golddigger Avenue, Suite Yeezus.” Deez Nuts West has raised exactly $0 in donations.

Second, it has been revealed that Kanye West’s clothing and sneaker brand Yeezy received a loan from the federal government’s pandemic rescue fund worth between $2 million and $5 million, helping it save 106 jobs, according to data released by the U.S. Treasury Department on Monday.

Yeezy, best known for its $250 sneakers, just announced a major deal with Gap that will have the rap superstar designing hoodies and T-shirts that will be sold in the chain’s 1,100 stores around the world. A representative for Yeezy did not immediately respond to request for comment.

Kanye owns Yeezy. Kanye has made it VERY well known that he is a billionaire. Why does a billionaire need $2 million and $5 million? Seems like a very Donald Trumpish move to me.

Third, he is building a 52,000 square foot mega-mansion on his ranch in Wyoming. When tens of millions of Americans are currently struggling to pay rent, this is basically outright disgusting. And who needs 52,000 square feet. That’s almost 10,000 square feet per person in his family.