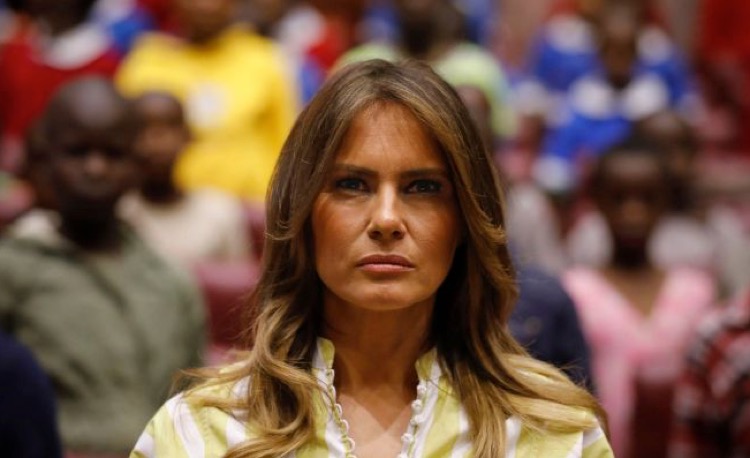 Why do you make it so hard for people to like you, Melania?

Melania Trump remains dedicated to her cause of combating cyberbullying around the world, even though she is married to the Notorious B.U.L.L.Y. The reason, she says in an interview with ABC News, is that she’s one of the world’s biggest targets.

“I could say I’m the most bullied person on the world,” she told ABC’s Tom Llamas. When Llamas pressed her on that statement, she added, “One of them, if you’re really see what people are saying about me. That’s why my Be Best initiative is focusing on social media and online behavior.”

EXCLUSIVE: First lady Melania Trump says her “Be Best” policy platform targeting online bullies is personal. “I could say that I’m the most bullied person in the world,” she tells ABC. https://t.co/iiEv5Z3ijv pic.twitter.com/CWZ7g9by27

The most bullied person in the world, please. You know nothing.

Melania went on to state that women who claim to have been sexually assaulted deserve to be heard but must provide “really hard evidence” if they are to be believed.

“I do stand with women, but we need to show the evidence. You cannot just say to somebody, you know, ‘I was sexually assaulted’ or ‘You did that to me,’ because sometimes the media goes too far and the way they portray some stories, it’s not correct, it’s not right.”

It’s unclear what constitutes “evidence” for Trump. Her own husband, who has been accused of sexual misconduct by 19 women, was recorded admitting to assaulting women.