As a result of Heidi Montag‘s enthusiasm to go under the knife, a mistaken kidnapping claim had police rushing to her Los Angeles home.

For her cover on People magazine, Heidi shows off her new face and body with the headline, “Addicted to Plastic Surgery” along with a photo revealing her new look. As a result, Montag rushed into her house with a scarf covering her face, as part of her agreement to do the cover. 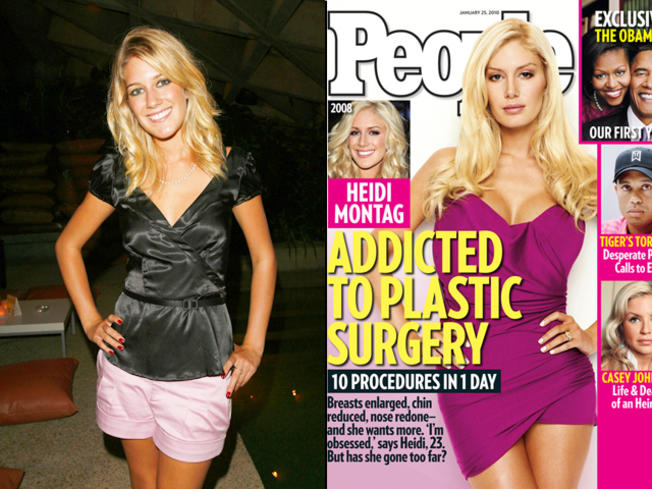 However, a witness to Heidi’s attempt at secrecy misinterpreted the situation as a kidnapping and called the LAPD, who quickly arrived on the scene. Montag later explained, “We’re grateful this was only a false alarm and I just had my pink Hermes scarf over me…We’re thankful to the LAPD for their response and making sure we were safe.”

Socialite Life debuted back in 2003. SL Flashback showcases some of our favorite content from years past. This article was originally published on September 3, 2012.

Endnotes: Dancing With the Stars Season 28 Cast Revealed and More!