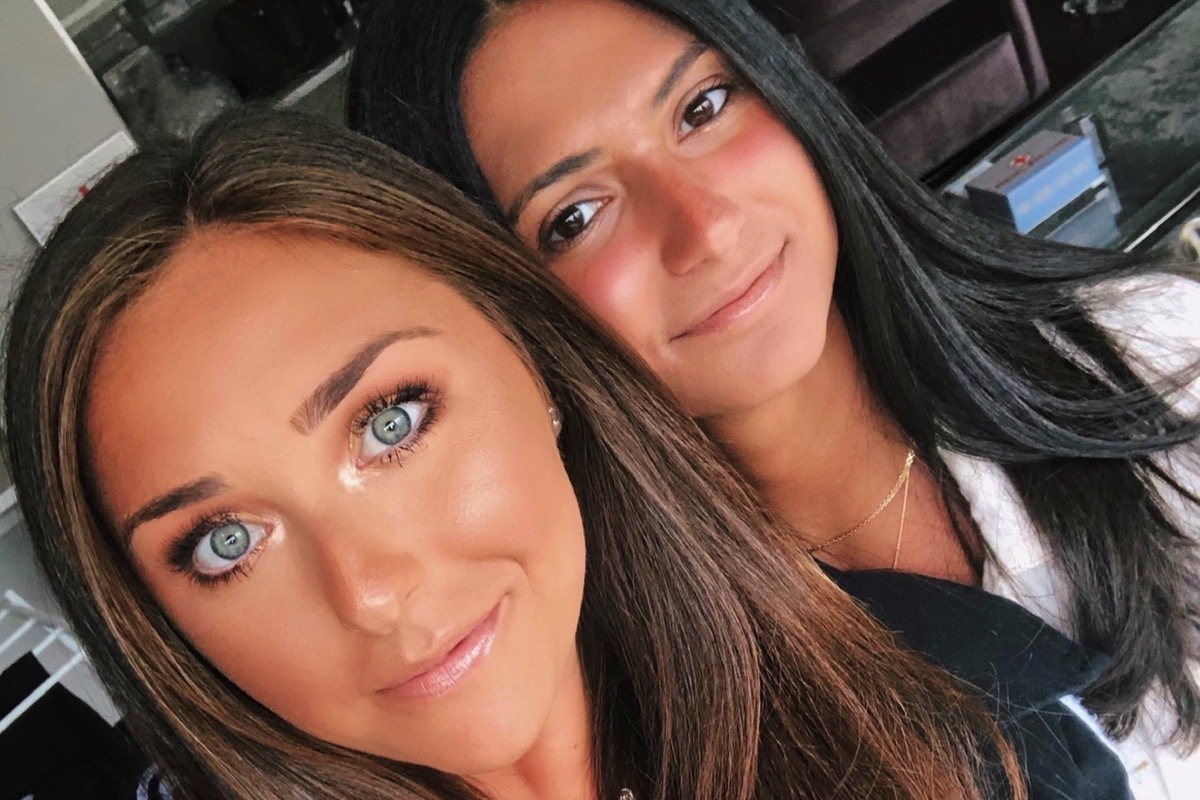 If you’re into keeping up with the latest celebrity dish, have we got the podcast for you. Emma Diamond and Julie Kramer took their wildly popular Instagram feed, Comments By Celebs, and brought it to the airwaves in 2018 with a podcast sharing the same name.

On each episode of the Comments By Celebs podcast, listeners get everything from a forensic-like look at celebrity news, awards for funniest comment or best clap back of the week, hypothetical celebrity scenarios, and the occasional celebrity guest who stops by (guests have included John Mayer, Nikki Glaser, and Lisa Rinna.)

The Comments By Celebs Instagram started as a passion project for Emma and Julie while they were in college. They noticed the Instagram algorithm change to highlight verified comments in 2017 and have since turned the feed into a full-time career and innovative media company with a massive following.

We had the chance to chat with Emma Diamond about the show, her favorite episodes and guests and more in our exclusive interview.

How did you get interested in celebrity culture?
Both Julie and I have been fascinated by celebrity culture from a very young age. We often reminisce on the unparalleled thrill of coming home from middle school and opening up a brand-new issue of People Magazine. Whether it was a fixation with the luxury or perhaps just an interest in the drama of it all, I think it really just served as a form of escapism for us. One could argue it still does.

What inspired you to launch the Comments by Celebs Instagram feed?
We started the account in April 2017, immediately after Instagram changed the algorithm to highlight verified comments. We had noticed the change and became almost obsessed with monitoring these different interactions. We felt it was a whole new way to cover celebrity news, and intuitively felt that others would be as interested as we were.

When did you know you “made it” on social media?
It’s hard to pinpoint an exact time or follower number, but I think there were two things that contributed to that feeling. First, once entertainment outlets started to pick up our posts and embed our content daily, we recognized we were doing something newsmaking here. And second, gaining so many celebrity followers was big. Not from an ego perspective, but more so because it symbolized that we had built something that they respected, rather than feared. Which really was our goal.

What made you decide to launch a podcast?
We had fantasized about having a podcast, mostly because we have always communicated primarily via voice notes. We would jokingly talk about how our podcast would essentially be a longform version of voice notes. Starting one was something we viewed as an eventual goal but we had no immediate plans to pursue it. So, when we were approached with the idea in 2018, we were thrilled. The @CommentsByCelebs Instagram page is not focused on us – we stick to the content. We both made the decision to remain completely behind the scenes — our personal accounts are private, and we don’t do anything on camera. So, the podcast gives us a way to expand on our pop-culture thoughts, without having to be thrust into the industry in a way we don’t desire. We are so grateful for it.

How do you choose what stories or celebrities to cover?
There’s no real science behind it.  We hit on any major news stories from the week, as well as pay close attention to any themes in our follower DMs. If we see that a lot of people are confused about a certain story, we will take additional time to really break it down. Our goal for the podcast is to appeal to fellow pop-culture enthusiasts like us, but also to people who just want to be informed.

Who is your favorite celebrity to talk about?
That’s hard. While we could talk about/analyze every Kardashian dynamic until we’re blue in the face, I think Brad Pitt may be our favorite discussion. I say that because anytime we’re covering a story regarding an update on him and Angelina‘s custody battle or something with Jen, we find ourselves going on multiple theoretical tangents. There’s a mystery about him, combined with how sexy he is, that I think is really fun for us. But a Scott & Kourtney discussion never gets old.

How do you feel celebrity culture (and your podcast) has been affected by COVID?
At the beginning of the pandemic, we noticed an interesting phenomenon – it almost felt like celebrities lost their footing. What I mean by that is that these people have become accustomed to being so highly stimulated, highly covered, and thus, highly praised. So, I think the lack of attention was a little bit jarring to some. We saw a real rise in social media presence, virtual show appearances etc. It’s almost like some stars have an inability to be out of the spotlight, because that’s where so much of their sense of self is derived. And I don’t say that condescendingly – I can imagine it must be weird.

Additionally, the entire world saw a massive prioritization shift. Suddenly, a minor celebrity detail was not something people cared about. They had much bigger issues on their minds. Celebrities had to be far more careful with what they were posting and walking the line between being sensitive and being completely out of touch. Insert: the Gal Gadot “Imagine” video. That is perhaps the most tangible example of how famous people had no idea how to handle this. In terms of the podcast, we’ve been able to make it work. There have been divorces, pregnancies, engagements etc. There’s always something to talk about in Hollywood.

What has been your favorite episode to record?
That’s hard to say. I have genuinely loved them all. When the Jordyn Woods/Tristan Thompson drama happened in early 2019, we did an emergency episode. We came into the studio within 12 hours of the news breaking, and it was honestly exhilarating. That episode went viral and can easily be pinpointed as a huge place of growth for our podcast. We now do emergency episodes when it feels necessary. There’s something fulfilling about taking our audience through every detail of an unfolding story. We typically do a background section, timeline breakdown, and then analysis and discussion. We treat it a little bit like investigative journalism. The John Mayer episode was also very unique. He’s highly intelligent and has an interesting perspective from where he sits. That is easily in my top 5.

Who has been your favorite podcast guest?
We feel really fortunate to have had such positive experiences with almost every guest. Kelly Ripa was our first, and that is one that we will never forget. Kelly has always been such a source of support, generosity, and kindness to us, so having her agree to be our inaugural guest was so special. That entire day felt like a dream. Katie Couric was, too, unforgettable. Both Julie and I had admired her for so long, so to have her on our show was almost an out of body experience. Her episode was also the first time I had ever publicly spoken about my mom‘s passing and the way she delicately handled that conversation was inspiring. We’ve also become very close friends with Justin Sylvester, and absolutely love having him on to co-host — his charisma and energy is so intoxicating.

How has doing this podcast changed you?
I wouldn’t necessarily say it’s changed us, nor would I want it to. We are very much the same people we were when we started back in 2018. I do think it definitely has made us look at stories and news from a different lens, as our first thought is how that will be framed when discussing it on the show. Also, listening back to yourself speak for almost 4 hours a week is eye-opening. You become hyper-focused on things you’d like to improve on – which I don’t think is a bad thing at all. It also challenges us to continue to educate ourselves, in an effort to always remain highly sensitive and conscious when discussing certain issues. It makes you think about your words more deeply. I enjoy that.

What other podcasts do you listen to?
Neither of us are huge podcast listeners, to be totally honest. We do so much talking and listening back to ourselves every week, that we often opt to listen to music instead. I’ll listen to The Daily occasionally, and Justin Sylvester does some really excellent interviews on his show Just The Sip. We went on Danny Pellegrino‘s podcast last year, and really enjoyed him as a person.

Do you have any other projects in the works?
Yes! Podcast-wise, we are looking to release a weekly Bravo focused episode, because our 20 minute debriefs just aren’t cutting it. There are also some other audio endeavors we have in the works. On Instagram, we’re in the process of a big collaboration with another account, which will hopefully be happening in September. While Julie and I will always stay behind the scenes and have no desire to ever be on camera, we are very interested in exploring video content from a producer role. So, we’ll see what happens with that.