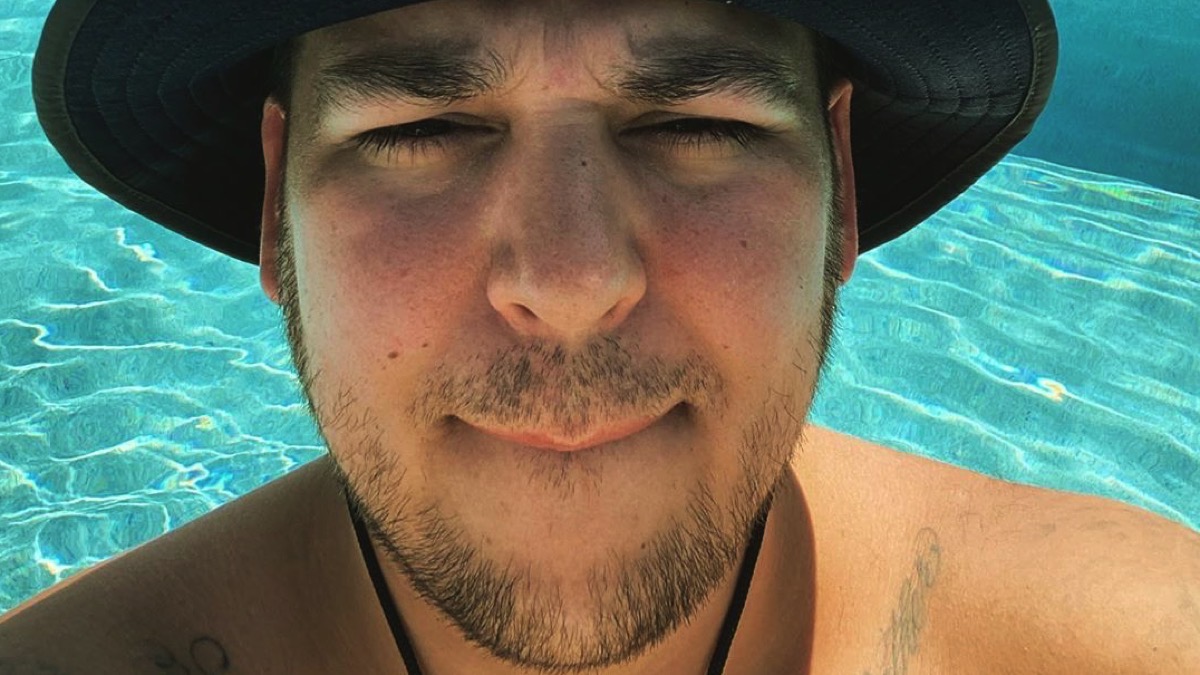 Rob Kardashian shared a selfie of himself in the pool, showing off his weight loss along with an inspirational caption about his personal growth.

“I didn’t see the light until I was already a man, by then it was nothing to me but blinding!” the 33-year-old father wrote.

He didn’t elaborate on his message, but he did capture two more images from his poolside experience. It is nice to see Rob being strong and positive.

It’s said that Rob has been focused on fatherhood and getting his health in check, but he also continues to battle Blac Chyna in court.

The former couple has been at odds over their daughter Dream Kardashian and has exchanged a number of blistering accusations against one another.

Meanwhile, a model named Giselle shared a video to her Instagram Story with a series of hearts that shows Rob Kardashian opposite her at dinner.

Does Rob have a new girl? Stay single for a while and keep yourself grounded.

A source recently told ET that Rob is doing better than he has in years, having made his health and family a priority.

“Rob is in the best place, he hasn’t been doing this well in years,” the source said. “He’s been taking his workouts and eating well serious and has seen significant results. Rob is much happier and has been around his family more after years of being a homebody.”

Endnotes: When Will the Internet Learn Not to Mom-Shame Chrissy Teigen and More

Rob Kardashian Had to Hire Security for Protection From Blac Chyna, Enjoys Dinner With Alexis Skyy