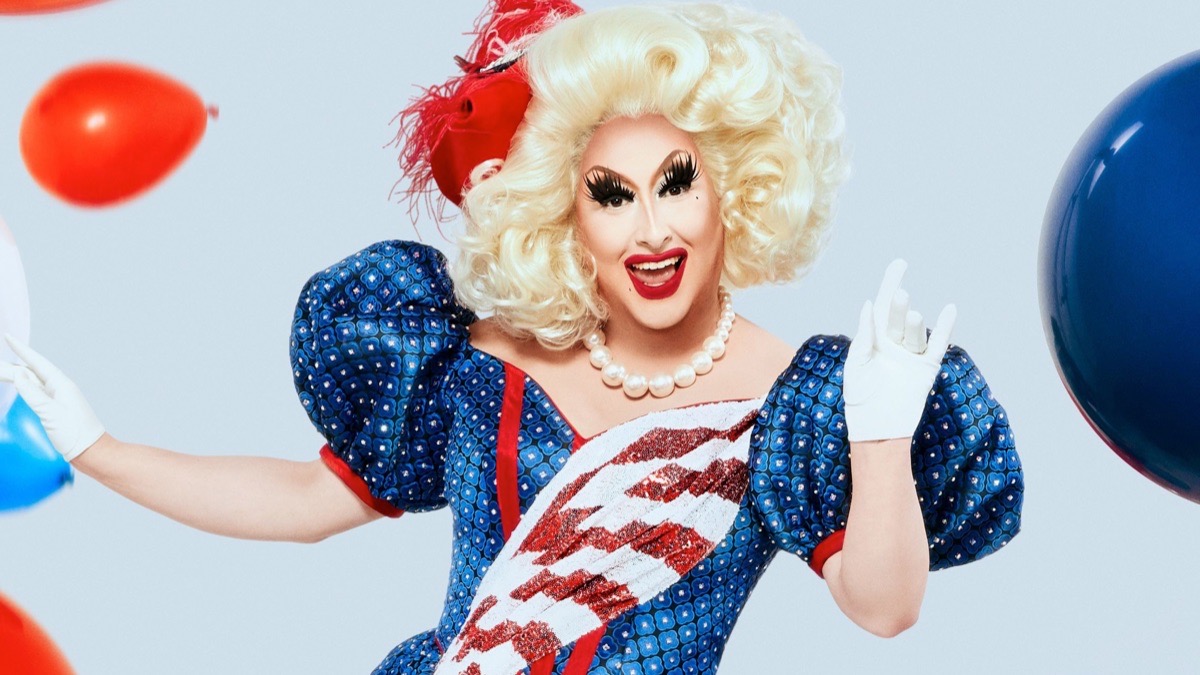 We are two episodes into season 12, and RuPaul’s Drag Race is already facing some controversy.

Contestant Sherry Pie, real name Joey Gugliemelli, has been disqualified from the competition after multiple catfishing claims, which he then admitted to and apologized for in a statement of his own. Sherry Pie will make her debut in tonight’s episode.

“In light of recent developments and Sherry Pie’s statement, Sherry Pie has been disqualified from RuPaul’s Drag Race,” said a spokesperson for VH1 and World of Wonder.

“Out of respect for the hard work of the other queens, VH1 will air the season as planned. Sherry will not appear in the grand finale scheduled to be filmed later this spring.”

One man named David Newman told BuzzFeed he filmed scenes wearing a crop top and shorts for a musical version of A Nightmare Before Christmas that Gugliemelli pretended Tim Burton was affiliated with.

Ben Shimkus, a musical theater actor, described his experience with Gugliemelli and the fake persona Gugliemelli allegedly created under the pseudonym “Allison Mossie” in a Facebook post Shimkus wrote warning others.

“I had to film scenes that felt particularly sexual and awkward,” Shimkus said in the post. After sensing that the audition process was going nowhere, Shimkus reached out to Playwright’s Horizons, where Mossie claimed to work, and was told the company had never heard of such person, he said in the post.

Shimkus soon realized through telling friends about the interaction that others had experienced something similar, and that Gugliemelli was behind the ruse.

Taking to his Facebook page, Gugliemelli apologized for his actions, though he has not confirmed or denied any allegations in particular.

“This is Joey, I want to start by saying how sorry I am that I caused such trauma and pain and how horribly embarrassed and disgusted I am with myself.

“I know that the pain and hurt that I have caused will never go away and I know that what I did was wrong and truly cruel.