Surprise! Eminem releases ‘Music to Be Murdered By’ Album 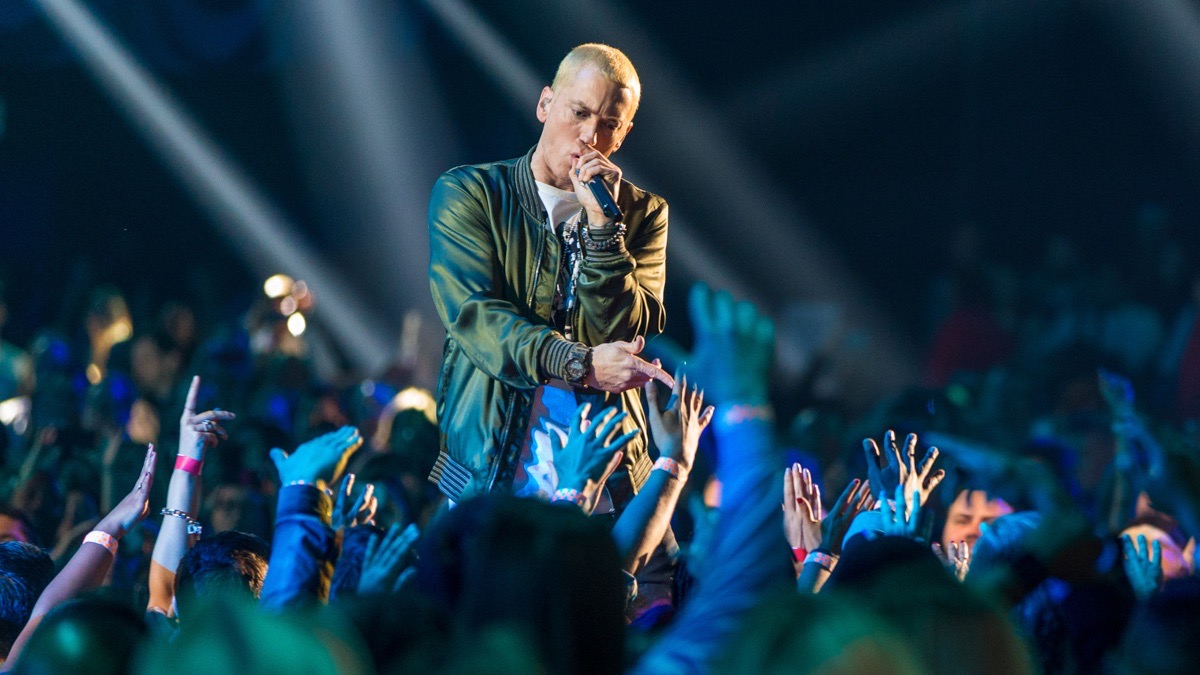 Eminem has dropped the follow-up to 2018’s Kamikaze. The rapper surprise-released his latest album, Music to Be Murdered By (via Shady/Aftermath/Interscope) on Thursday night, 16 January.

Additionally, Em has dropped a video for “Darkness,” which samples Simon & Garfunkel’s “The Sound of Silence.” The somber song was inspired by the 2017 mass shooting at the Route 91 Harvest music festival in Las Vegas and serves as a commentary on gun violence. “When will this end? When enough people care,” says Em before encouraging fans to register to vote in order to help change gun laws.

“I’m contemplating yelling bombs away on the game like I’m outside an Ariana Grande concert,” he raps.

This line was met with online outrage:

Music to Be Murdered By marks Eminem’s first album since 2018’s Kamikaze, which became his ninth consecutive No. 1 on the Billboard 200.

View the Music to Be Murdered By full tracklisting below.

Make sure this fits by entering your model number.
Three levels of world-class noise cancellation for better listening experience in any environment
Alexa-enabled for voice access to music, information, and more

A Big Blow For Regina King Fans, Watchmen Will Not Return for a Second Season