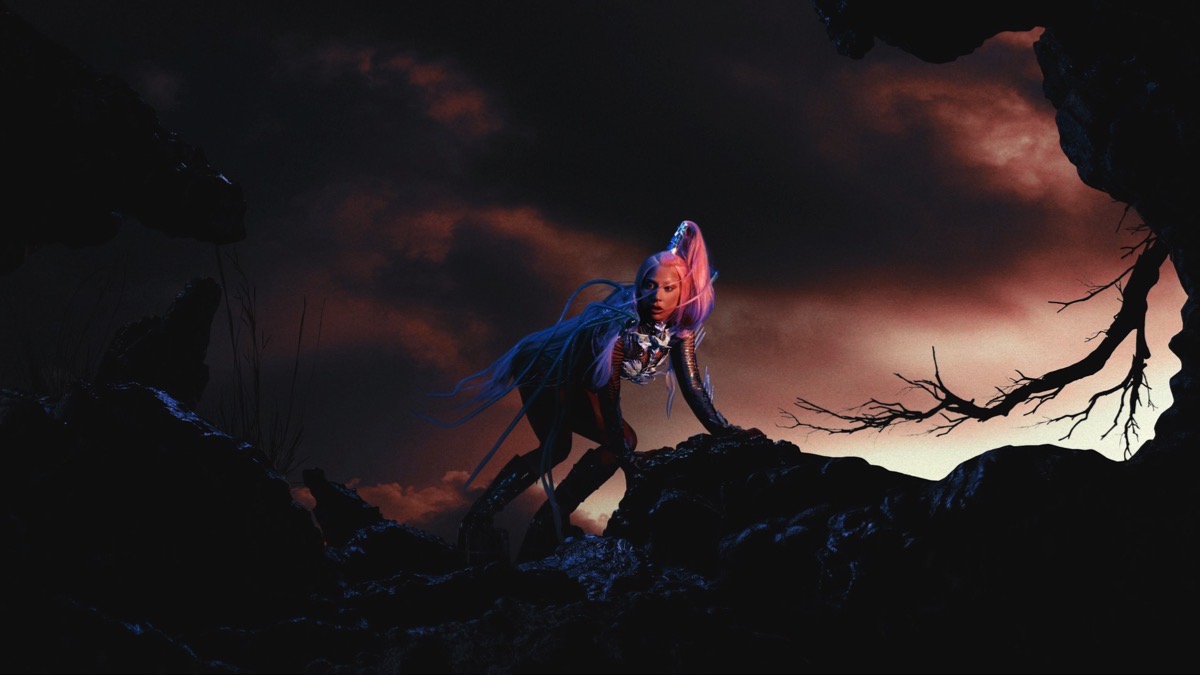 Today in The Five, we are featuring Lady Gaga‘s Chromatica gets a new release date, a Happy Endings reunion, Australian male models, Grimes and Elon Musk‘s baby name confusion, and Donald Trump at a mask factory not wearing a mask.

After the pop star previously postponed her upcoming sixth studio album (initially set for release on April 10) in the wake of the coronavirus pandemic, she has finally confirmed the highly anticipated LP’s new launch date.

“The journey continues,” Gaga tweeted Wednesday alongside a photo of her traversing an apocalyptic environment. “You can officially join me on #Chromatica on May 29.”

This video conversation of Eliza Coupe and Elisha Cuthbert will make you yearn for a Happy Endings reboot. At least we have a table read to look forward to!

This photo of models pose backstage ahead of the AZZO show at Mercedes-Benz Fashion Week Resort 20 Collections at Carriageworks on May 15, 2019, in Sydney, Australia is making me nostalgic for Australia.

Grimes and Space-X boss Elon Musk celebrated the birth of their son this week, but as with all things Grimes and Musk, even the reveal of the boy’s name was complicated.

The name, X Æ A-12, is apparently a combination of some of the couple’s favorite things, all of them appropriately science and futureshock-related. Here’s how Grimes (born Claire Boucher) explained it: “‘X’ stands for the “unknowable variable,” “Æ” is her unique “elven spelling” of love and/or artificial intelligence and “A-12″is her and Musk’s favorite aircraft, the “non-violent” Lockheed recon plane built for the CIA (known internally as “Archangel”; you might recalls that Grimes’ 2015 album was called Art Angels).

Musk agreed with the breakdown except for one small point regarding the aircraft: “SR-71, but yes,” wrote Musk, seemingly referencing the Lockheed SR-71 Blackbird.

This video of Donald Trump not wearing a face mask to a face mask factory while the song “Live and Let Die” blares in the background it truly something.

Matt Bomer and the Cast of White Collar Are Reuniting!