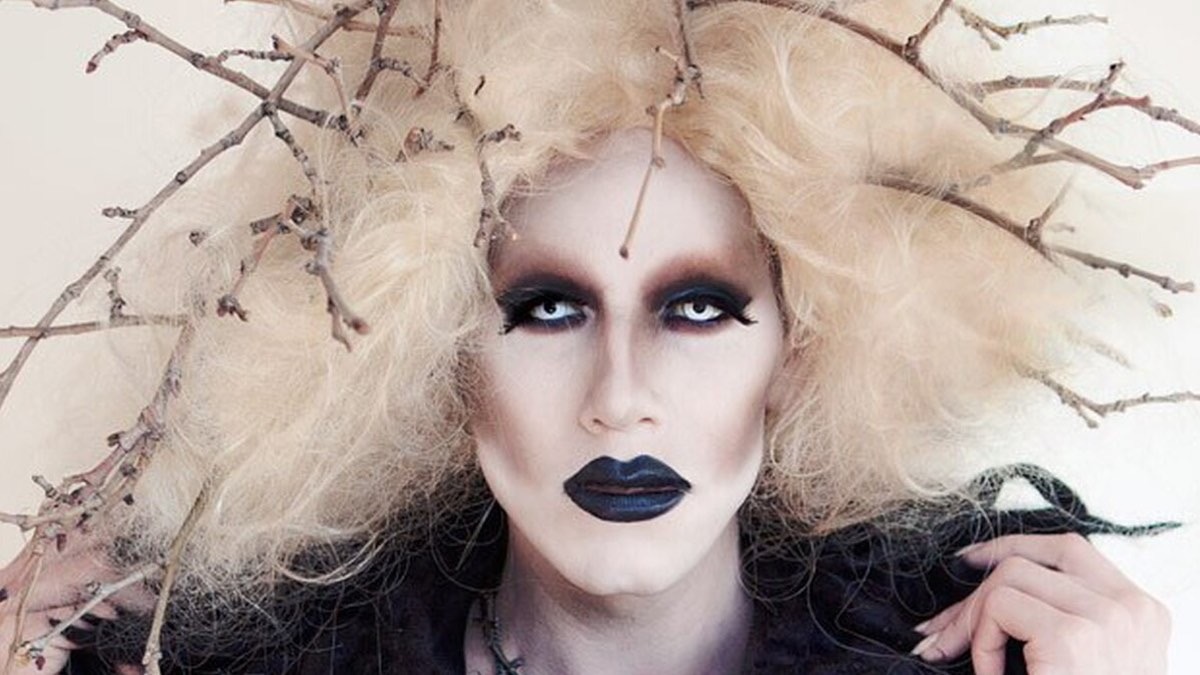 Programming note: our RuPaul’s Drag Race UK recaps will now be posted after the episodes air on Logo. If you’ve already caught episode 3 of DRUK, we’ll be sharing the top moments from the episode next week.

Hello, hello, hello! It’s time to catch up with ALL of our favorite queens – both here in America and across the pond. We’ve got some new songs sure to please your ears and some more Halloween treats from the dolls, so let’s get into these tricks and treats.

Our favorite Drag Race podcasts are going to now be ahead of us, so, SPOILER ALERT if you’re not watching Drag Race UK on Wow Presents Plus (and, with all of the fabulous content they have to offer, why aren’t you?) Over at “Drag Her”, Mano and the oh, so funny Betsy Sodaro recap the Bond girl runway and all of the fits and fashions of DRUK episode 2. Willam and Alaska also recap ep 2 and serve up a heaping serving of “Hot Goss” over at Forever Dog.

One of the topics discussed on Hot Goss was the arrest of Tatianna during Atlanta Pride last weekend. The season 2 queen was charged with disorderly conduct and her mug shot made it to TMZ. Tati shared the pic on Twitter and commented that “it was a dumb situation that I wish didn’t happen, but shit happens and people make mistakes. She went on to add, “I’m crying in the picture because I was scared and had never been in that position before. Wish I would have just smiled.”

This queen has a great sense of humor about the whole thing and even came out with some fun merch featuring that mug shot. For your grace under pressure, Tati, we all say, “Thank you.”

If you like animal videos and Willam, you’re sure to enjoy this latest episode of “Beatdown”. I thought Willam feared nothing but was surprised to know how terrified of sharks she was. This one is a definite “must-see.”

Katya is the subject of a fantastic in-depth interview by Joseph Shepherd. If you don’t love her already, you will after this two-parter.

Season nine champion Sasha Velour is recovering from a nasty staph infection that was “likely caused” by “shaving, tucking and all kinds of wild things that I had done for drag.” In an interview with PEOPLE, she detailed how she started to feel pain while on tour with her Smoke and Mirrors revue and finally went to a doctor for a lengthy, painful treatment. She now vows to be a harrier queen and states, “There is this sense with drag — but really with all pop cultural figures right now — that presentation of perfection, even perfect ways of presenting imperfection is so required,” she said. “[I had] shame that I wasn’t a flawless superhero who could balance a little bit of illness with a lot of overachieving and then like package it up nicely into the perfect Instagram post. And then it’s like, a sponsorship with so-and-so laser hair removal. It sounds silly to say, but I think people do feel like they always have to be on top of the spin of their own life.” Glad you’re feeling better, Sasha.

Season seven winner Violet Chachki gives actor Tommy Dorfman a drag makeover and pretty much created her own “mini me”, complete with a Dita Von Teese-inspired look and a waist-eliminating corset.

Halloween is rapidly approaching, and I have the inflatable T-Rex costume to prove it (sorry, children in my neighborhood.) Jinkx Monsoon has a truly inspired costume this year (that I am sort of jealous of) and talks about my favorite holiday on the latest episode of her web series “Cool Mom.”

The Week in Drag – the Vivienne Takes Over Hollywood, Nina West’s New Commercial, Trixie and Silky Nutmeg Ganache Whip Up Some Sweet Treats in the Kitchen and Lots More

Is there any queen who best represents Halloween than season 4 winner Sharon Needles? Of course not! In the season’s most perfect video, Sharon delivers her cover of the Halloween classic “Monster Mash”. Look for Alaska in a cameo paying tribute to a 60s horror classic.

Still in the dark about what to dress up for this Halloween? Jaymes Mansfield has yet another amazing cheap wig transformation for you. If you want to channel Hairspray, Jaymes has the hair hopper look for you!

The Drag Race UK dolls are already starting to take over YouTube, and I am here for it.  Vinegar Strokes just released the video for her song “Camp!” and it’s catchy and so much fun. Check it out.

The youngest queen to ever complete on Drag Race, Scaredy Kat, may have gone home early, but she’s got a jump start on a fantastic career. In her exit interview with Huff Post UK, she says, when asked about the future, “I want to change it from a drag career into an art career, keep it open, I’m going to do music and maybe a show. Do art exhibitions… just fuck the world up, and see what happens.” Her first video with girlfriend Pussy Kat, for the song “Bedroom Queen” recently debuted and it is definitely cute.

Lastly, Blu Hydrangea saved herself from elimination on DRUK last week with her fierce lip sync skills, but I thought her Bond girl runway look should have kept her out of the bottom two. If you want to recreate her gorgeous makeup, check out this tutorial.

And so, we come to the end of another action-packed week of updates from the fabulous Drag Race universe. Until next week, everybody say LOVE!