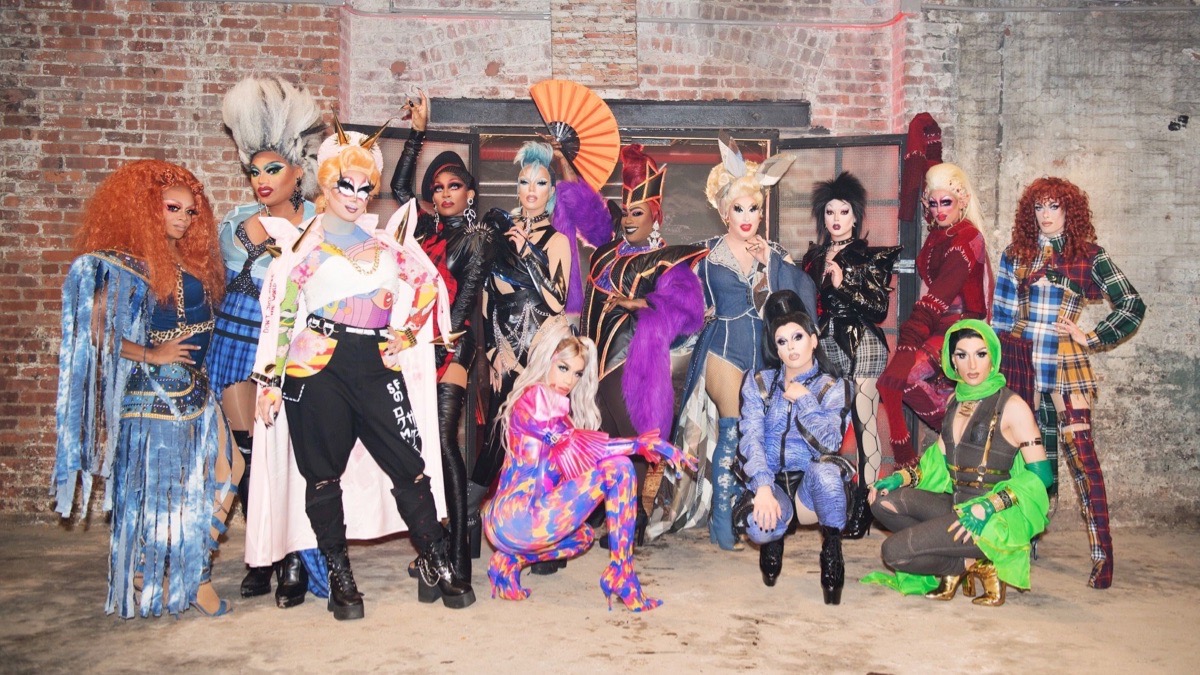 Hello, hello, hello! It has been a busy week in the work of drag and We’re here to get you caught and keep you in the know.

The first DragCon UK is now in the books and, despite a few hiccups, featured appearances from the UK cast and some the queens rumored to be competing on All-Stars 5.

AJ and the Queen is still own everybody’s minds, and the queens are filling YouTube with tons of entertaining videos. Let’s hit the runway!

In a surprise move, RuPaul’s Drag Race announced the 12 queens competing on season 12 of the Emmy-winning series on Thursday – and NOT the cast of All-Stars 5, which everyone was expecting. 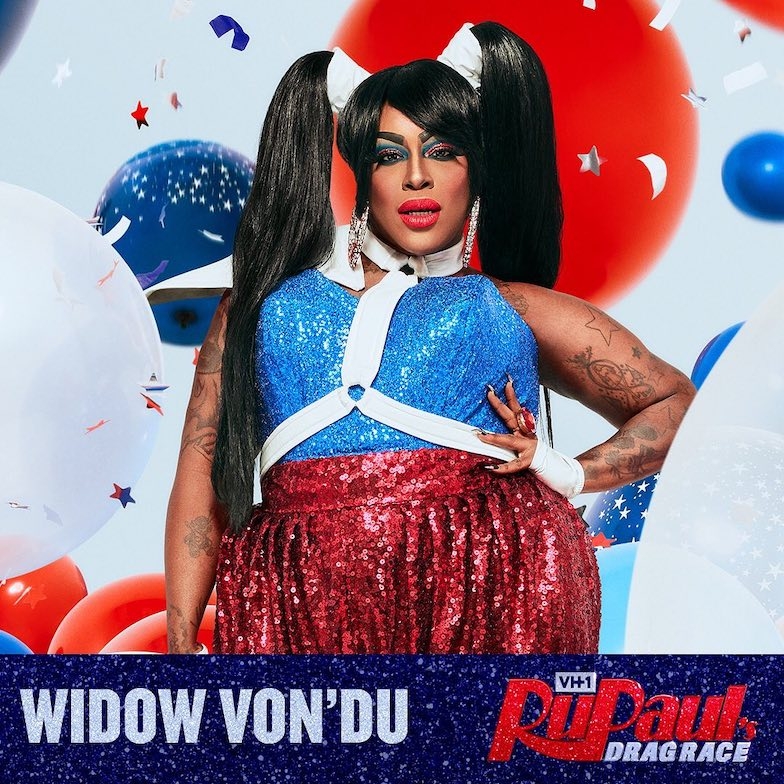 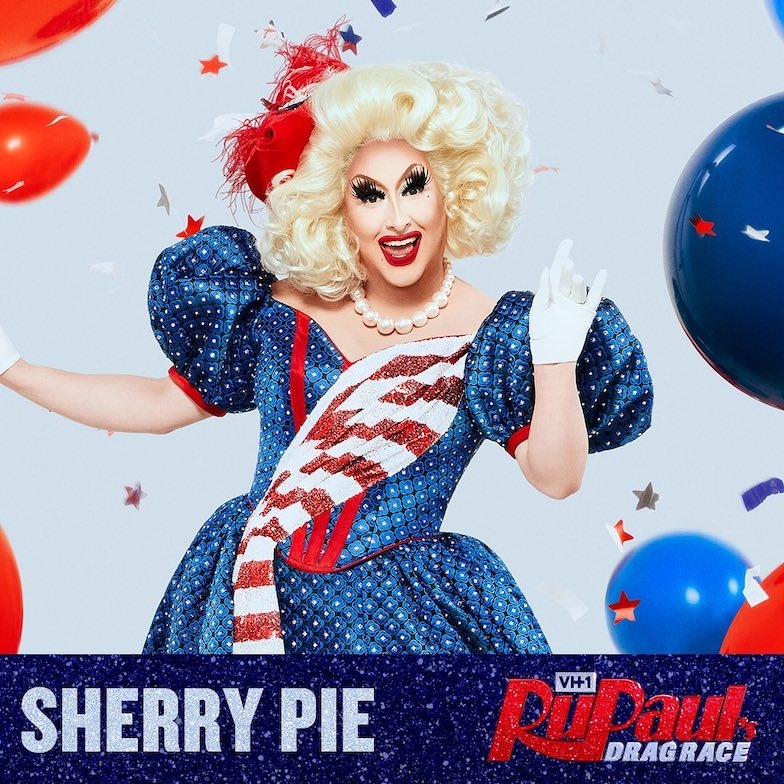 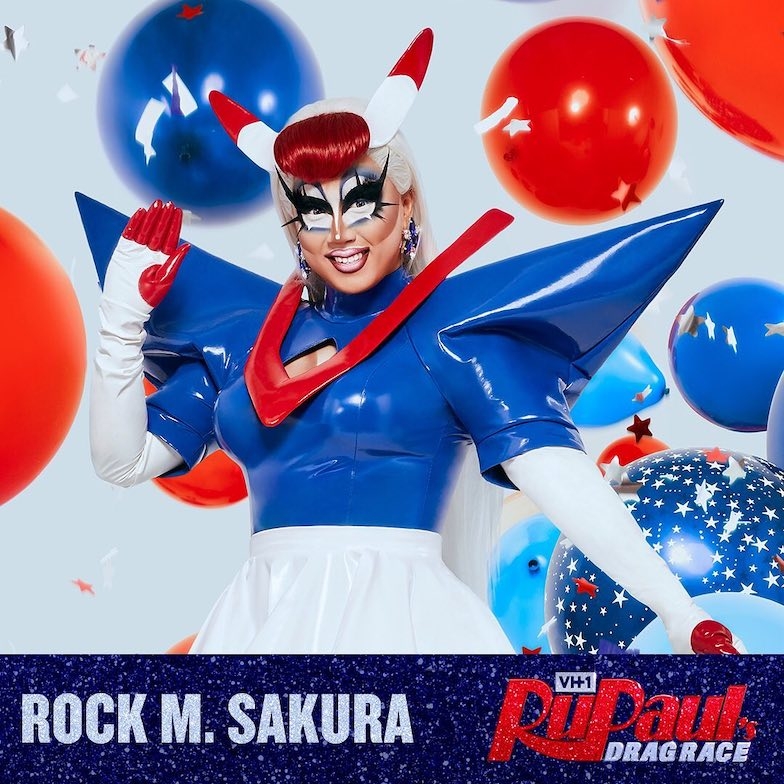 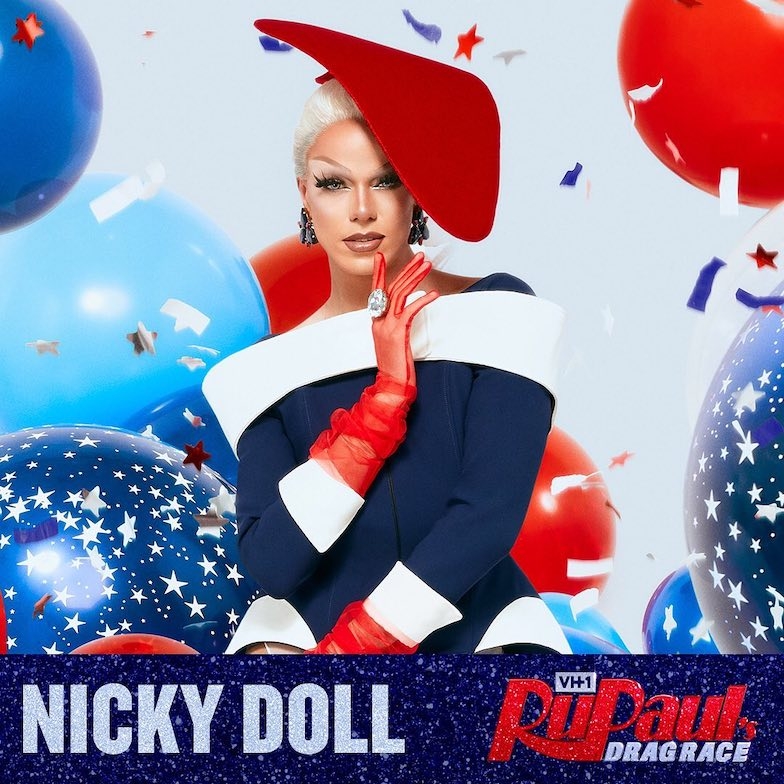 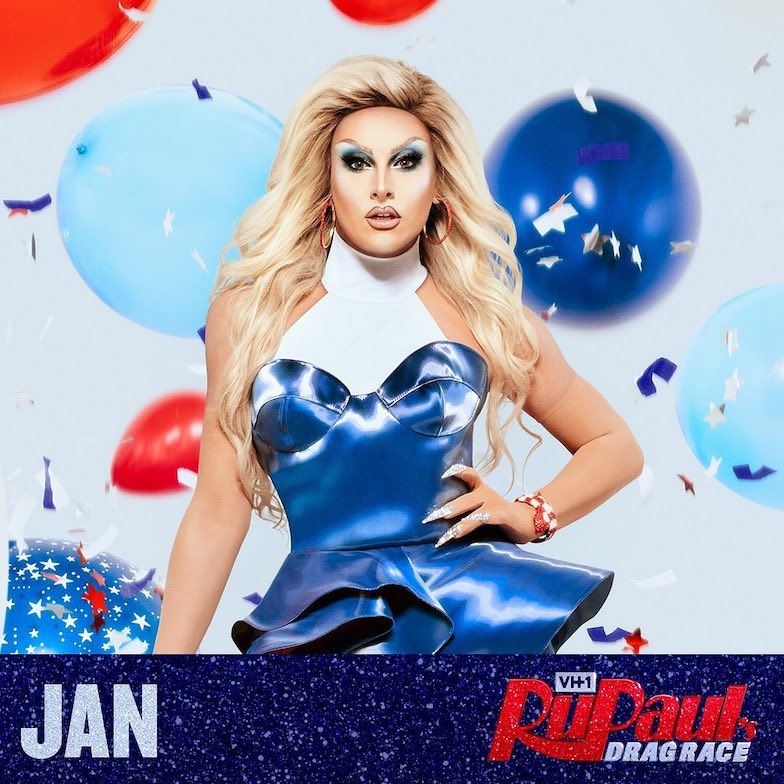 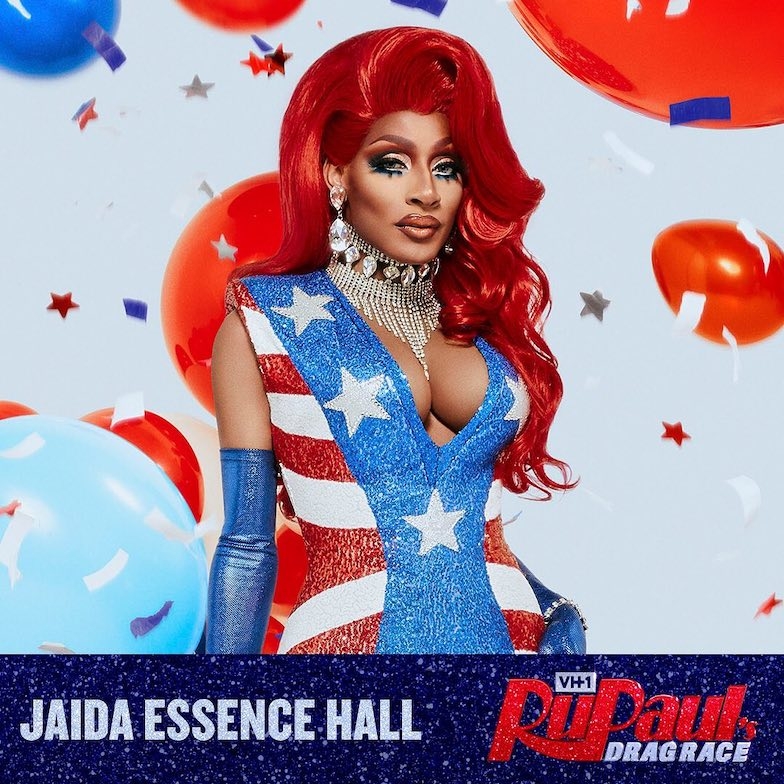 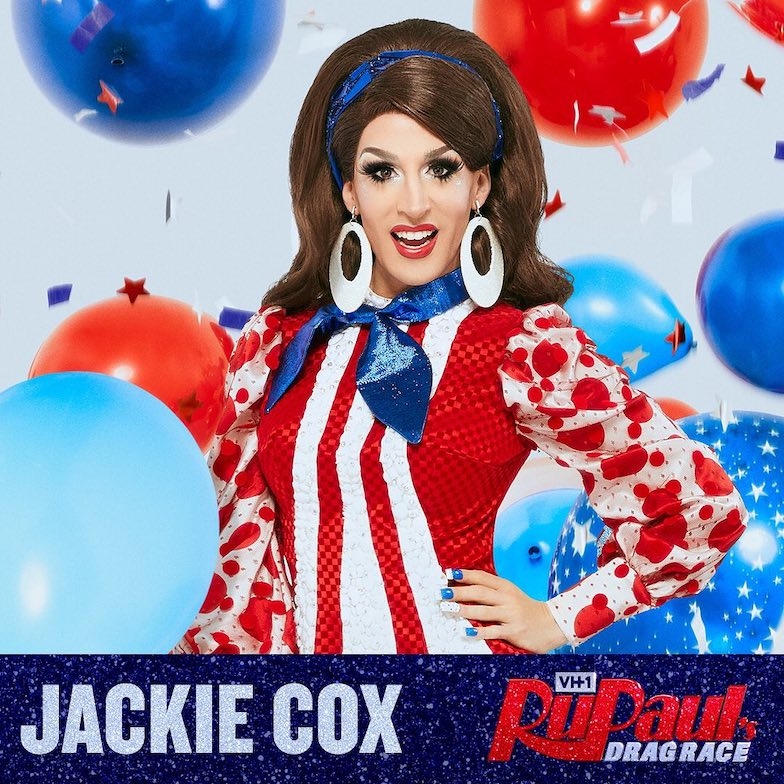 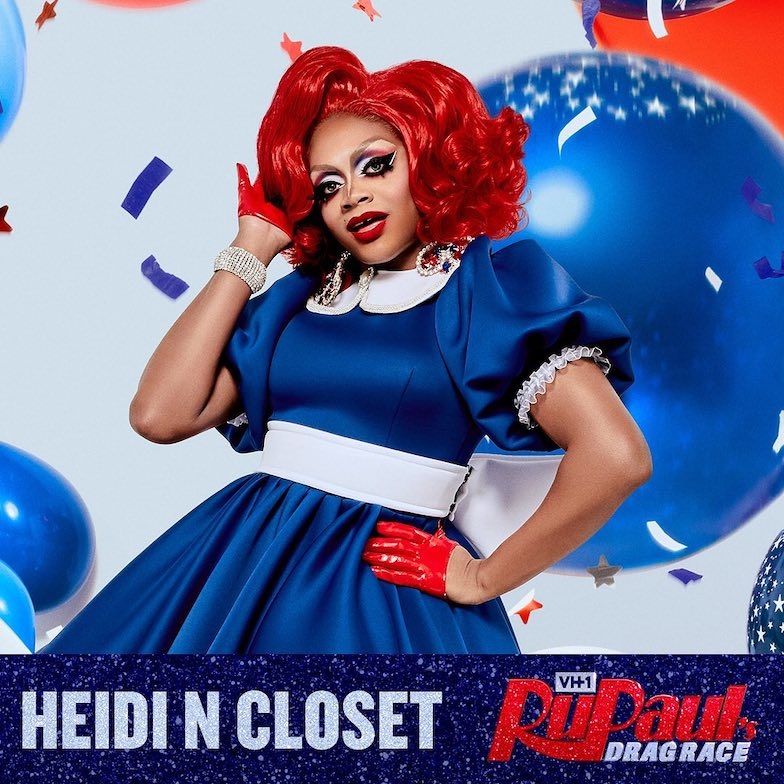 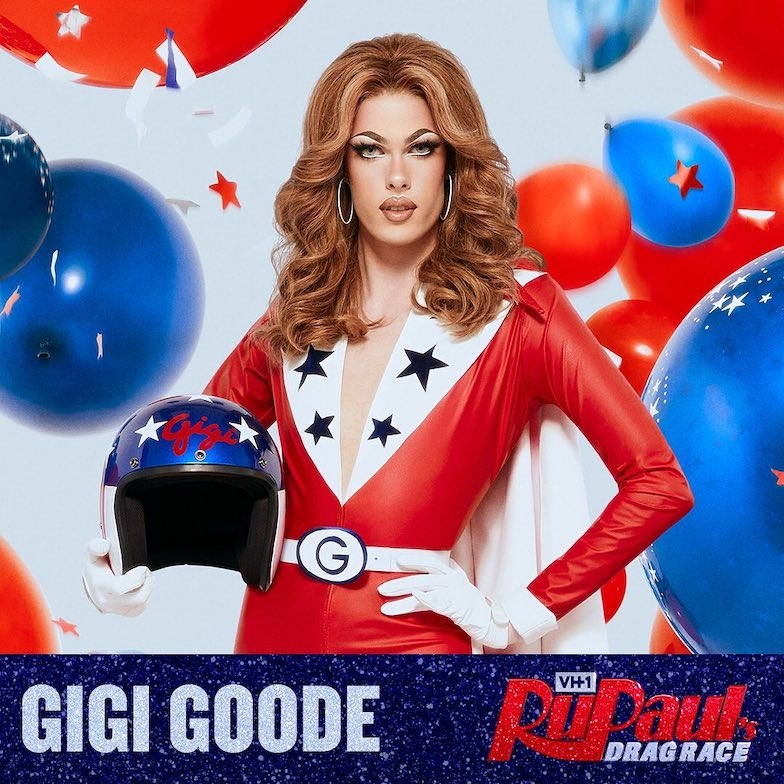 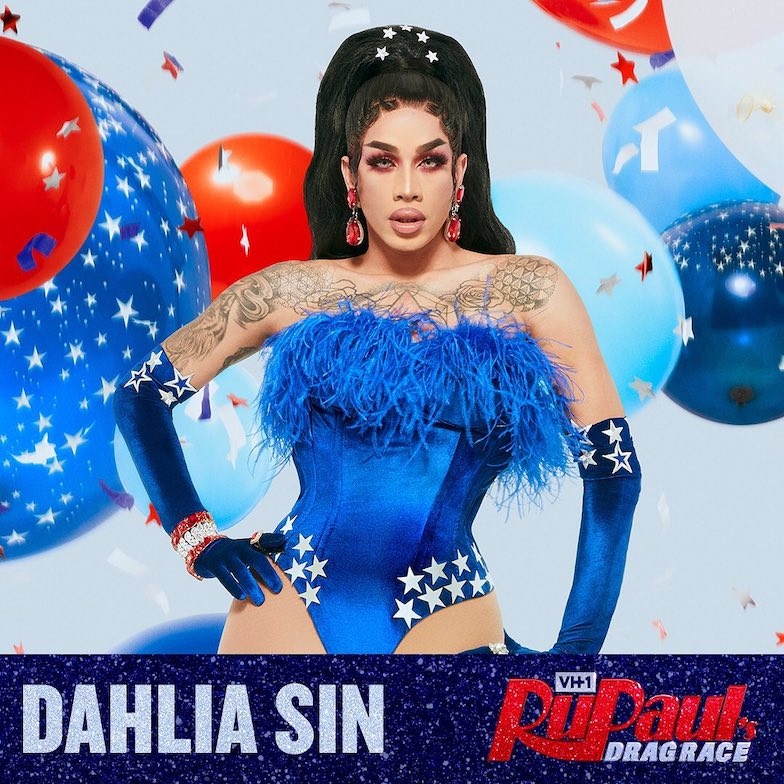 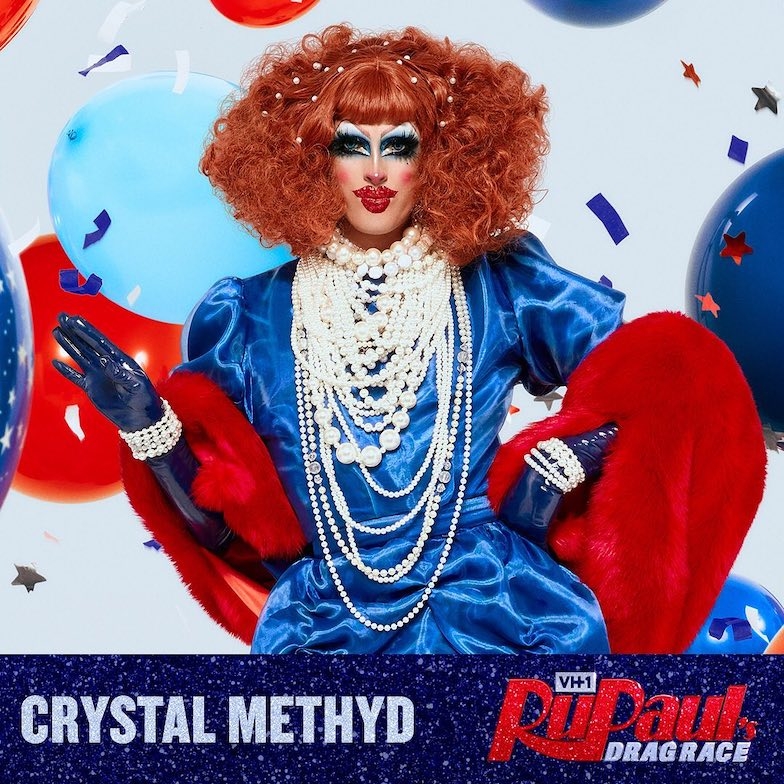 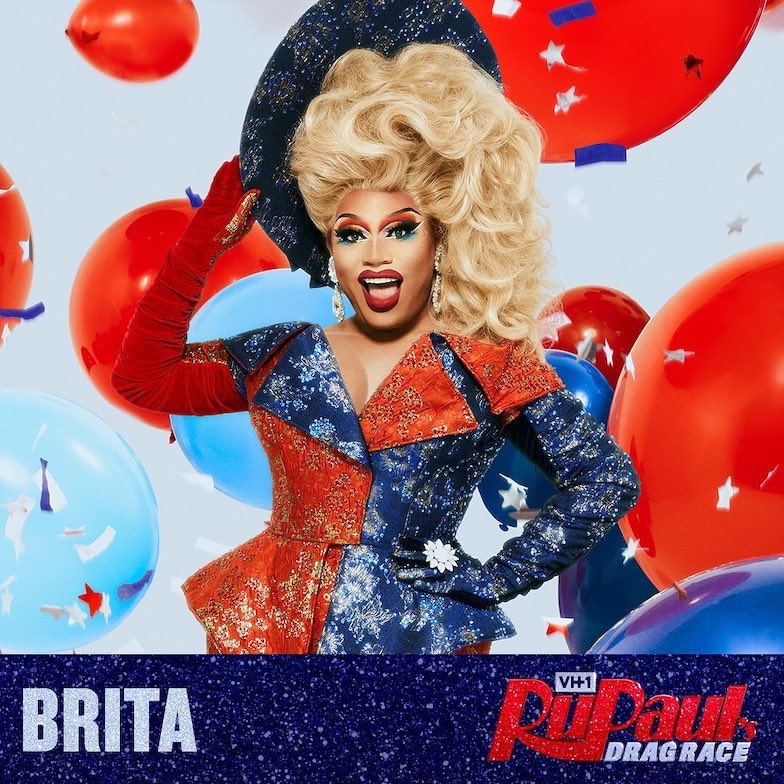 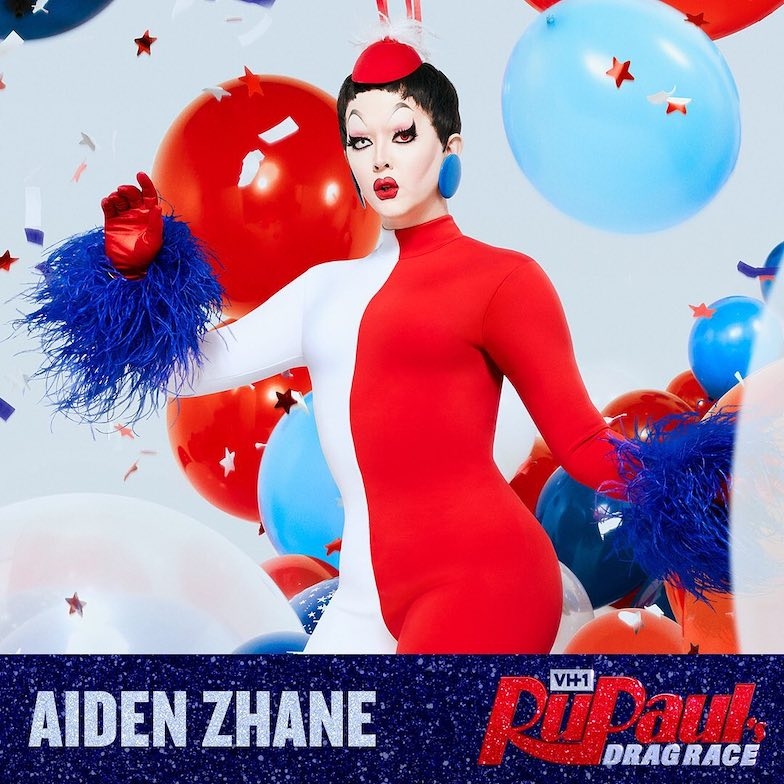 The new season debuts on Friday, February 28 at 8 pm on VH1. Stick with us for recaps of the goops and gaggery to come.

The other big news of the week is that RuPaul is hosting Saturday Night Live on February 8. Drag Race was the subject of a memorable sketch featuring Chris Pine and (fiend of Nina West) Bobby Moynihan a few years back and now it’s Ru’s chance to work the stage at Studio 8H in the Big Apple. Justin Bieber is the musical guest. I guess we have to take the bitter with the sweet.

The crowds were huge (perhaps too huge) for last weekend’s DragCon UK in London, but the lucky fans who attended were served looks from the queens of DRUK season one, including Baga Chipz, Blu Hydrangea, Cheryl Hole, Sum Ting Wong, and some US favorites (some of whom we may be seeing again on our TV screens soon) including Ongina, Jujubee, Blair St. Clair, Monét X Change, Bob the Drag Queen, Asia O’Hara, Mayhem Miller, Morgan McMichaels and Trinity the Tuck.

One of the highlights of DragCon is the “queens walk”, and the one that took place at DragCon UK carried on that tradition. So much ferocity in one place. Can I just say how much I love Crystal? And Blu? And Mrs. Kasha Davis? And Alexis Mateo? And Morgan?

It wouldn’t be DragCon UK without an appearance from the Frock Destroyers. Baga, Blu and Divina De Campo entertained the crowd with some cheeky banter and a few songs, including, of course, “Break Up (Bye Bye.) This video confirms my FOMO about this event.

The Queens of RuPaul’s Drag Race Season 12 Have Been…

If you can’t get enough of the UK queens, fear not, as they are primed to return in a new series. At DragCon, it was announced that a new series, God Shave the Queens, will follow the season one dolls (and Alyssa Edwards!) as they tour (it’s the UK version of Werq the World.) Also announced was a new project from The Vivienne and Baga, a music project called “T&T Music Factory” and, yes, the T&T stands for “Trump and Thatcher”. By the way, Baga Chipz and The Vivienne also killed it on Comedy Central’s Roast Battle UK on Mondayversus Glamrou and Crystal from drag-pop supergroup Denim.

It was also revealed this last week that Trinity the Tuck is starring in a new WOW Presents Plus docu-series. The Orlando-grown queen recently bought her very first pageant, the Florida Entertainer of the Year Pageant, and the new series will “follow the journey from purchasing the pageant to having it fully realized and executed.” I have always been fascinated by the pageant scene (if you haven’t already, watch the documentary Pageant, starring Victoria “Porkchop” Parker to get some pre-show insight) and can’t wait to get this behind the scenes peek.

One queen not in attendance at last week’s event was Nina Bo’Nina Brown. Nina used her “Rawview” series not discuss DragCon, reveal which attending queens’ fashions she’d “buy or rent” and talks about her sometimes rocky relationship with Valentina.

Did you finish watching AJ and the Queen? (I am almost done, and I kind of hate the fact that after I watch these last few episodes, there won’t be any more until season two – I hope.) Trixie and Katya watched the show and share their thoughts (and a lot of their signature hilarity) on the latest episode of “I Like to Watch.” This is my vote for video of the week.

Mano Agapion and Nicole Byer also watched AJ and the Queen and they took to their “Drag Her” podcast to discuss the show’s first five episodes. Hearing Mano and Nicole together is always a treat.

Our favorite philanthropist, Nina West, is using her charitable foundation to help wildlife affected by the fires in Australia. Nina has teamed up with Columbus-based company HOMAGE to release The Nina West Foundation X HOMAGE limited-edition AUSTRALIA T-shirt. This limited edition shirt benefits Wildlife Victoria, an Australian-based nonprofit that specializes in protecting and rescuing native Australian wildlife injured and displaced by the current devastating wildfires. Nina said, “What is happening in Australia is devastating, our world is crying for help. The devastation being left behind these wildfires is heartbreaking. I am grateful to be able to use the Nina West Foundation’s resources in conjunction with Ryan Vessler and HOMAGE to raise much-needed funds for the animals of Australia. Please buy a tee and save the lives of these majestic and magical creatures!” The tee is available now at https://www.homage.com/products/australia with all proceeds going directly to Wildlife Victoria.

Do you need something to fill the Walter Mercado-sized hole in your heart? Do you need to know what’s ahead for you the stars? Lucky for you, Coco Peru is here. On the new episode of Madame Coco Knows, the iconic queen taps into her astrological knowledge to share your January horoscope. Forget what you read in those fortune cookies, Coco truly shares what you need to know about the future.

It’s time for the Week in Willam. Not only did she share behind the scenes tea of the “Dragazine” challenge of Drag Race season 4 on this week’s “Race Chaser” classique with Alaska, she took us along on a visit to a strip club with the wonderful Rhea Litre (and some very hot guys.)  Willam also welcomed us into her studio and showed off some of her impressive collection of hairpieces in a three-part wig-stravaganza. Check out the “Wonderful Wigs of Willam.” Part one is below, but make sure to stick around for parts two, three and four.

When we talk about wigs, we can’t forget to mention the mistress of makeovers, Jaymes Mansfield. This week, however, she moves from hair to flair, as she shows us how she put together the dress she wore on the red carpet of AJ and the Queen.

Moving onto makeup, Trixie Mattel showed us how she creates her signature look using inexpensive, drug store makeup from the UK. Why can’t I get cheap makeup to look this good?

The stunning Kimora Blac creates a beautiful “Fire Fantasy” look using products from Perfect Cosmetics, Morphe and Colourpop. It’s been dreary here in Atlanta, and this look brought some much-needed light into my life.

The heart of Drag Race season 10, Monique Heart, was the guest on this week’s episode of Hey Qween! Part one is posted below, but the whole thing is definitely worth a watch, so don’t miss part two and part three.

Sasha Velour takes their Smoke and Mirrors show to the UK in March. The show blends drag (including their now legendary lip sync to “So Emotional”), live theatre, visual art, magic and personal storytelling. Sasha spoke with the Gay Times, stressing the diversity of the drag community – that reaches far outside of the Drag Race box. They said, “Long before I was ever a part of RuPaul’s Drag Race, I was a huge fan of drag. I’m like a wannabe scholar of drag, I went to an academic conference about American pop culture and went to a lecture about the art of drag. When I arrived, it was just about the different types of drag that appeared on RuPaul’s Drag Race. I remember being horrified. It’s like, ‘Maybe you should go and actually watch what’s happening in the local community,’ because that’s what drag is. Drag is what exists in the world, not the product of a single television show. I don’t think RuPaul’s Drag Race is the representative of all things drag [laughs]. Maybe they would enjoy taking that title but I think it’s important that a television show doesn’t stand for an entire art form.”

I may be partial, being from Georgia and all, but this episode of “Besties for Cash” with southern belles Sonique and Nicole Paige Brooks is one of my favorites.

Kimora Blac and Derrick Barry (who I cannot wait to see in the RuPaul’s Drag Race Live show in Las Vegas) are tested on their knowledge of animals in the latest episode of “Wait, What?”

If you’re a WOW Presents Plus subscriber, you were treated to the premiere of season 5 of Trixie Mattel and Katya’s uproarious series “UNHhhh”. The topic was “2020” and the pair kicked off the new decade in their signature style. New episodes premiere every Wednesday, so subscribe now and don’t miss a moment.

Lastly, Happy, Happy Birthday to the amazing and uber-talented Delta Work, who recently served up some Molly Ringwald in Pretty in Pink realness. I completely stan.

That’s all for this week, but we will be back with even more next week. If there’s a queen you’d like to see covered on the Week in Drag, feel free to reach out to me via Twitter (@SugarSmak). Until next week, everybody say LOVE!