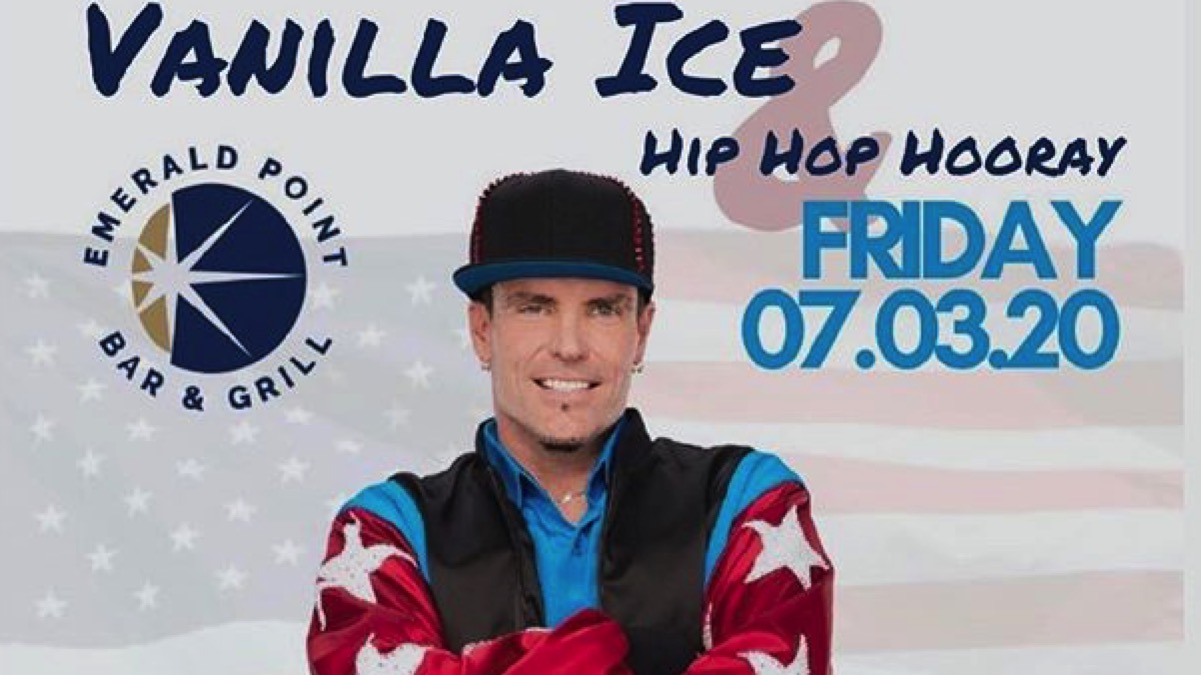 Vanilla Ice is set to play a 2,500 capacity show in Austin, Texas this weekend to celebrate 4th July.

Live music and the possibly of catching a deadly disease! Sounds like the perfect Fourth of July to me!

It comes despite a recent spike in coronavirus cases in the state, which has seen state Governor Greg Abbott scale down the reopening of bars and nightclubs.

Yesterday (July 1, 2020), the Austin City Limits festival in the state, set for October, was cancelled due to the new spike in cases, but Ice has now announced a new show at the Emerald Point Bar & Grill tomorrow (July 3, 2020) in the city.

“I can’t wait to get back to this,” the rapper said in an Instagram post announcing the gig, a ’90s throwback event.

“The 90s were the best. We didn’t have coronavirus, or cell phones, or computers. We had 5.0’s, blockbuster, Beavis and Butthead, Wayne’s World, Chris Tucker and Jackie Chan … Mortal Kombat is still better than Fortnight … the last of the great decades.”

2,500 tickets are being sold for the event, around half the capacity of the venue.

The promoter for the Vanilla Ice event told the Chronicle that 2,500 tickets would be on sale, but venue owner Barret Brannam tells the Texas Tribune that he has set maximum occupancy to 450—and as of Wednesday night, only 84 tickets had been sold.

He says the venue has been taking safety precautions, and it’s “really not as gross as people are making it out to be.” By gross, do you mean the possibly of contracting a deadly disease?

Despite Governor Abbott’s new plans to scale down the reopening of bars and venues in Texas following the pandemic, the Emerald Point Bar & Grill is allowed to operate at 50% capacity as it is technically a restaurant.

Oh, and get this, Color Me Badd is scheduled to appear on Saturday night.

UPDATE: Vanilla Ice’s Fourth of July weekend concert has been canceled due to the coronavirus pandemic.

The rapper has pulled out of Friday’s “Independence Day Throwback Beach Party” in Texas after reports about the show gained online traction this week.