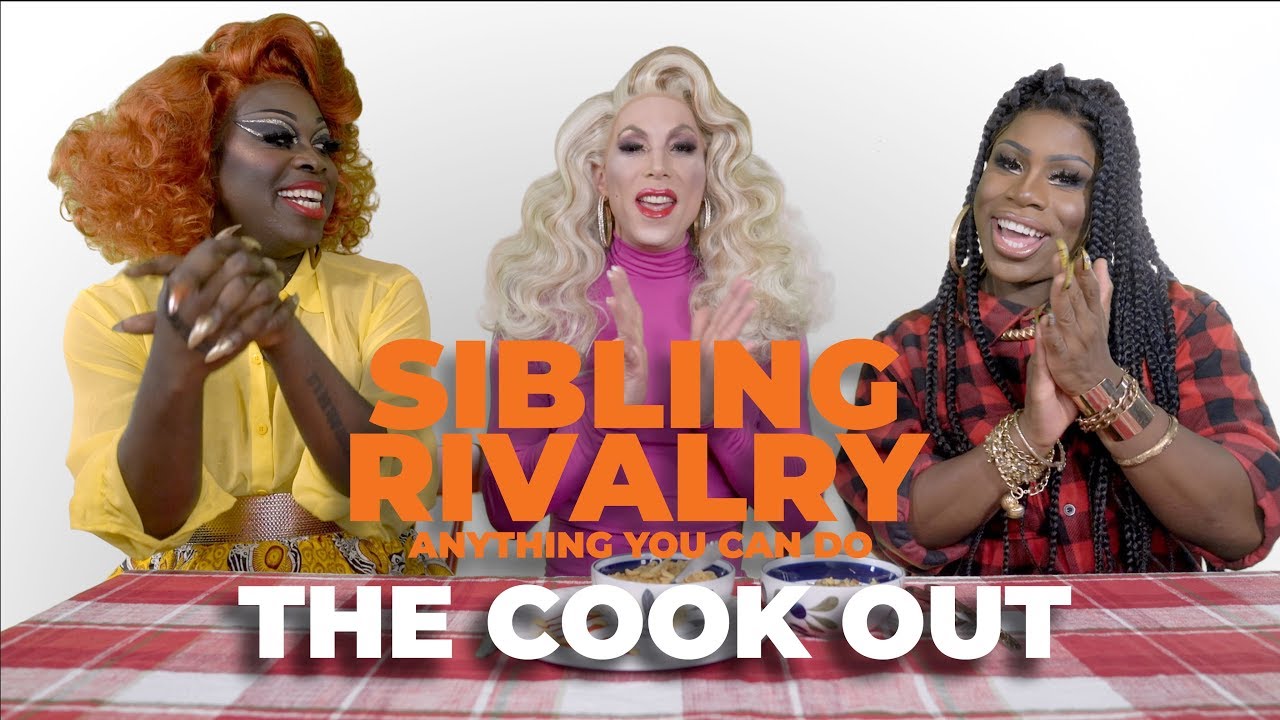 Hello, hello, hello! While the summer may rapidly be coming to an end, your favorite RuPaul’s Drag Race queens have been keeping busy and bringing a little extra sunshine into our days.

We’ve got updates from some of the show’s latest alumni, including Soju and Ariel Versace and videos from former champions, including Bob the Drag Queen, Violet Chachki, Jinkx Monsoon and Monét X Change. So, without further ado, let’s get to it!

Willam joins Rhea Litré for the latest episode of “Cómo Se Dice?” The queens share Blackjack tips, talk about the weird things they do for their Cameo fans and learn some naughty words in Spanish while giving us GLOW realness. Willam’s eye makeup is giving me life and I would love to practice my Spanish with them. This video is muy bien!

Another pair of queens I love hanging out with (via video) every week is Trixie Mattel and Katya. On this week’s “UNHhhh”, the topic is “Rest and Relaxation.” Although both of them are averse to a mani/pedi and getting away from it all (because they are such busy working gals), I would still love to indulge in a spa day with them.

Good pairings come in threes this week, as Bob the Drag Queen and Monét X Change take their “Sibling Rivalry” into the kitchen for a “cook out.” Ramen noodles are on the menu, as is special guest Sherry Vine (who has never eaten ramen before.) Who made the best cheap eats? Tune in and find out.

Monét isn’t only a wiz in the kitchen, she knows her history. On the second episode of her new series, “Monét’s Herstory X Change”, she debunks the myths and misinformation surrounding pilgrims.

Bob has also been keeping busy. On the latest episode of MTV’s “Drag My Dad”, Bob helps a conservative Dad tap into his inner badass goth rocker chick, much to the delight of his adorable daughter, Fig (what a great name.)

Bob also make a guest appearance on the new HBO series, A Black Lady Sketch Show. He channels Billy Porter’s emcee on Pose as the host of the “Basic Ball” where competitors from the House of Forever 21 and others complete in categories including “clinical depression” and “barbecue daddies”. And now, I need to get an HBO subscription.

Jinkx Monsoon is not only a cool queen, she’s a “Cool Mom.” This week, she talks to her “gay homosexual son” Kamikaze about the sci-fi classic Star Wars (which Jinkx has never seen – and she prefers being someone who is “late to the party.”)

The always outspoken Jasmine Masters has something to say, and she pulls no punches in her “Master Class” on cheating. After battling with her new iPhone, she offers some honest, Masters-worthy advice with her inquisitive fans.

Season 11’s Soju is still on her quest to be a K-Pop princess, and on the latest episode of her web series,  “I Want to be a K-Pop Idol”, she and her producer talk about her sound and the lyrics for her first single, “Fall in Love Again.”  She performed the song at DragCon and I must admit, it’s pretty good.

What would a Week in Drag roundup be without some makeup tutorials? We don’t have to ponder that, as we have treats from two queens. First up, season 11’s Ariel Versace talks skincare and recreates the look from her very first tutorial video (and throws a little shade at her younger self.)

On Violet Chachki’s latest “Digital Drag”, she shows us how she creates her Erté-inspired Art Deco performance makeup. The end result is absolutely stunning.

That’s all for another glamour-packed week from our favorite queens. I hope your week is full of sparkle and sizzle and, until next week, everybody say LOVE!