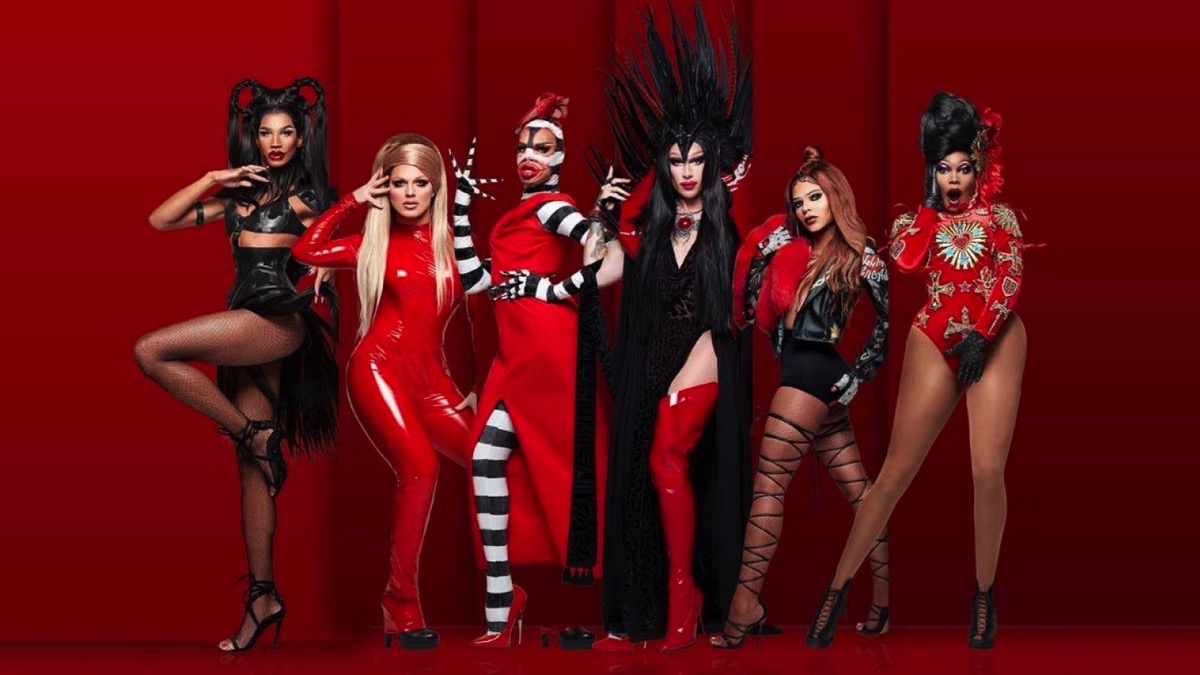 Hello, hello, hello! We are back with another week of news, updates and events from the queens of the Drag Race universe (and beyond) in this week’s The Week in Drag.

This week, we head to the Great White North to check in with Canada’s Drag Race, roll the dice with the cast of Ru’s (hopefully only temporarily shuttered) Las Vegas show and get some much-needed laughs from Trixie Mattel, Katya and Willam. There’s lots to cover, so without further ado, let’s bring it to the runway!

I hate to start off with such sad news, but all of us at Socialite Life mourn the passing of the wonderful Chi Chi DeVayne, who left us far too soon at the young age of 34. This talented and amazing queen will surely be missed.

Did you catch the premiere of RuPaul’s Drag Race: Vegas Revue on Friday? The drama was real as Asia O’Hara, Kameron Michaels, Yvie Oddly, Vanessa Vanjie Mateo, Naomi Smalls and Derrick Barry took us behind the scenes for the rehearsals for their Sin City show. (Episode 2 airs on VH1 at 8pm on Friday.) The charming “Old Gays” share their initial reactions to the show and it’s as adorable as you would think.

If you need to catch up on Canada’s Drag Race, let Trixie Mattel keep you in the loop with two new episodes of “The Pit Stop.” Trixie and Laila McQueen catch up and chat about episode 4 of the show, where the queens create fashions from random materials and take on a mini-challenge with the help of underwear-clad hunks.

To review the first-ever Canadian “Snatch Game,” Ginger Minj joins the fun and shares how to win at the iconic challenge. The two also discuss the “Night of 1,000 Celines” runway looks. My takeaway from both of these recaps is that Jimbo is everything.

Jaida Essence Hall gets “Exposed” by Joseph Shepherd. Our season 12 champion talks about growing up in Milwaukee, her first crush, and, of course, her Drag Race experience. Don’t “look over there!” and check out this excellent, in-depth interview.

Trixie and Katya react to the hit Netflix series The Umbrella Academy in the latest installment of “I Like to Watch.” Between cutting up and dropping jaws, the pair discuss their superpowers, cult leaders, time travel, and shoes. I don’t watch this show, but there’s a whole lot of WTF moments and I still have no idea what the show is about, but this video has made me curious.

On the latest (YouTube) episode of “UNHhhh”, the two best-selling authors discuss a topic near and dear to their hearts, books. They share the books they brought with them to Drag Race, the emotional reactions they’ve had to books and, of course, talk about their new book, Trixie and Katya’s Guide too Modern Womanhood.

Trixie brought us another fab makeup tutorial this week. She created a “Goth Slut” look (her interpretation of Sabrina or Nancy from The Craft) with promotional makeup she received from a bunch of different cosmetic lines, including HIPDOT x Meatball Kim Chi Chic and KVD Beauty.

Raja and Raven, joined by Manila Luzon and Eureka O’Hara bring us a special Pride edition of “Fashion Photo Ruview.” In this episode, the queens toot and boot their looks from Pride celebrations past (and, in Raven’s case, very past) and present.

Willam gets shade from Alexa and puts the “Beatdown” on a wannabe Daddy crooner, a newscast guest whose eyelash game isn’t up to snuff and a crazy “tractor-trailer “hood ornament.”

Honey Davenport recently celebrated a birthday (Happy Birthday!) by inviting some of her fellow queens to lip-sync to her tunes. Enjoy Shuga Cain and more fabulous queens in “Night of 1,000 Honeys.”

Jaymes Mansfield is back with another amazing transformation, making over another Tokyo Stylez wig from Bellami Hair. She takes a deep blue “Knight Rider” wig and turns it into a vintage, 1940s-inspired look that would make the Andrews Sisters jealous.

Coco Peru is celebrating her birthday with a present for all of us, another Casa Coco streaming show. The fifth installment is going to be that keeps on giving, as Coco tells stories, sings songs and chats with her special guests, the inimitable Tammie Brown and the fabulous Bianca Del Rio. The show is live on Wednesday, August 26 at 8 pm ET, with replays at 10 pm the same night and 3 pm ET on Thursday, August 27. Get your free tickets at CasaCoco.live.

If you want to set sail with some fabulous queens and singer Kesha, book your ticket for Kesha’s Weird & Wonderful Rainbow Ride 2. The cruise which features performances by Drag Race alums Brooke Lynn Hytes, Detox, Monét x Change, Roxxxy Andrews and Thorgy Thor as well as music from Kesha, The Struts, K.Flay, Aly & AJ, Misterwives, Big Freedia, Wrabel and more sets sail from Miami to Great Stirrup Cay, Bahamas on November 3-7, 2021. You can get more information at http://keshasrainbowcruise.com.

Season 12 queens Jaida Essence Hall, Gigi Goode, Heidi N Closet and Jackie Cox are taking part in a virtual panel to discuss RuPaul’s Drag Race for Deadline on Wednesday, August 26 at 8 pm EST. This streaming event is free, so RSVP and sit in on a kiki with some of season 12’s favorites.

And…that wraps up another action-packed week in the world of RuPaul’s Drag Race. Until we meet again, stay safe, stay healthy and say LOVE!