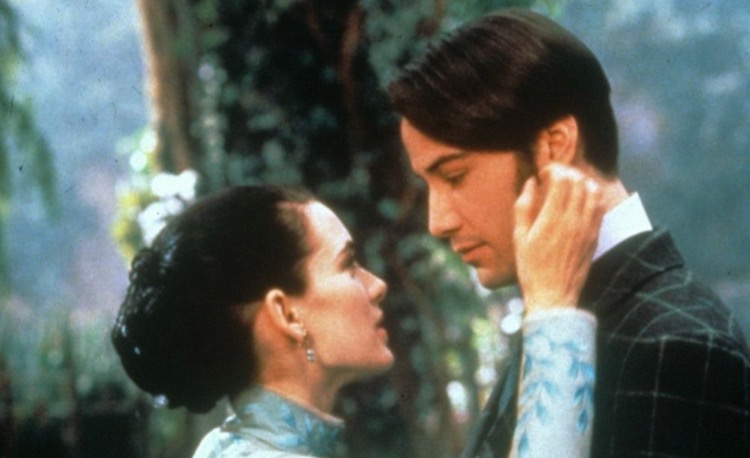 Winona Ryder and Keanu Reeves might be married. Dude. The pair who star together in both the new rom-com Destination Wedding and the collective imagination of the entire internet, might not actually need to tie the knot. In an interview, Ryder revealed that the two “actually got married in Dracula. No, I swear to god I think we’re married in real life.” — Entertainment Weekly

Has Ben Affleck moved on from Lindsay Shookus? Affleck was spotted dining at Nobu with friends, including Playboy model Shauna Sexton. Shookus was nowhere to be seen. And now Lindsay has deleted her Instagram account. Oh dear. Poor Bindsay. — People

Ryan Murphy took to Twitter to post a pic of a reunion of the Coven cast on the set of American Horror Story: Apocalypse. The photo included the one and only legend, Stevie Nicks! – Twitter

Priyanka Chopra and Nick Jonas had a series of engagement parties over the weekend and according to Nick, they were “Lit.” — Marie Claire

Kevin Spacey‘s new film Billionaire Boys Club opened this weekend in the US. It did not do well. The movie made only $126 on its opening day of Friday, August 18. It made another $162 on August 19 for a two-day haul of $287. Ouch. — The Hollywood Reporter

Ariana Grande‘s fiancé Pete Davidson was pulled by cops in Upstate New York, but it was his friend who was busted for drug possession. Pete was given the all clear. — TMZ

Italian actress Asia Argento, who became a leading figure in the #MeToo movement after accusing powerhouse producer Harvey Weinstein of rape, paid hush money to a man who claimed she sexually assaulted him when he was 17. – The New York Times