Brad Pitt and Angelina Jolie were spotted together for the first time in two years, but do NOT get your hopes up on reconciliation.

The estranged couple quietly slipped into an office in Beverly Hills on Wednesday afternoon.

The pair reportedly spent three hours side by side in a Beverly Hills office with legal professionals.

Brad, 55, who was dressed down in jeans was seen giving a thumbs up as he made his way to his car. 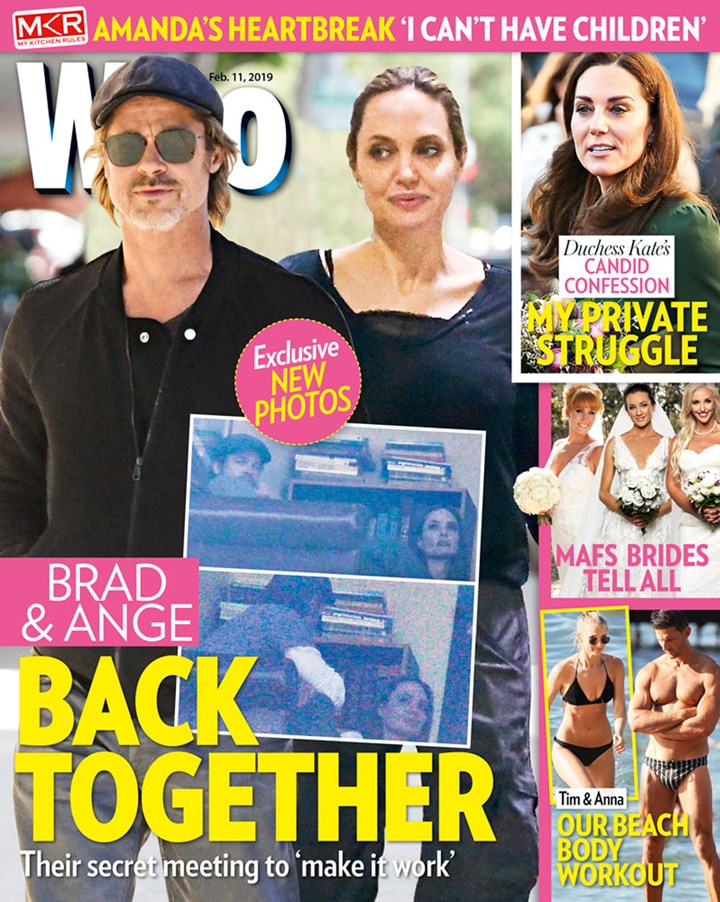 Angelina managed to evade cameras on her way out of the office.

By meeting in private, the exes seemed eager to avoid a big scene. But when coming face to face, they didn’t look like they had gotten past the bitterness of their breakup, according to The Blast.

Instead, as photographed in the office, the two appeared “animated” in their conversation, The Blast reported. Another man was present, sitting across from them at a table and listening.

At one point, Pitt could be seen pacing back and forth in the office, as Jolie appeared to be “visibly upset” with what they were discussing.

A Pitt insider later told Us that the pair “will have joint physical and legal custody of the children.”

So I guess they are still ironing out some details?

Quickies: George Michael estate says he would have been ‘flattered’ by Lorde’s ‘Solar Power’ and more