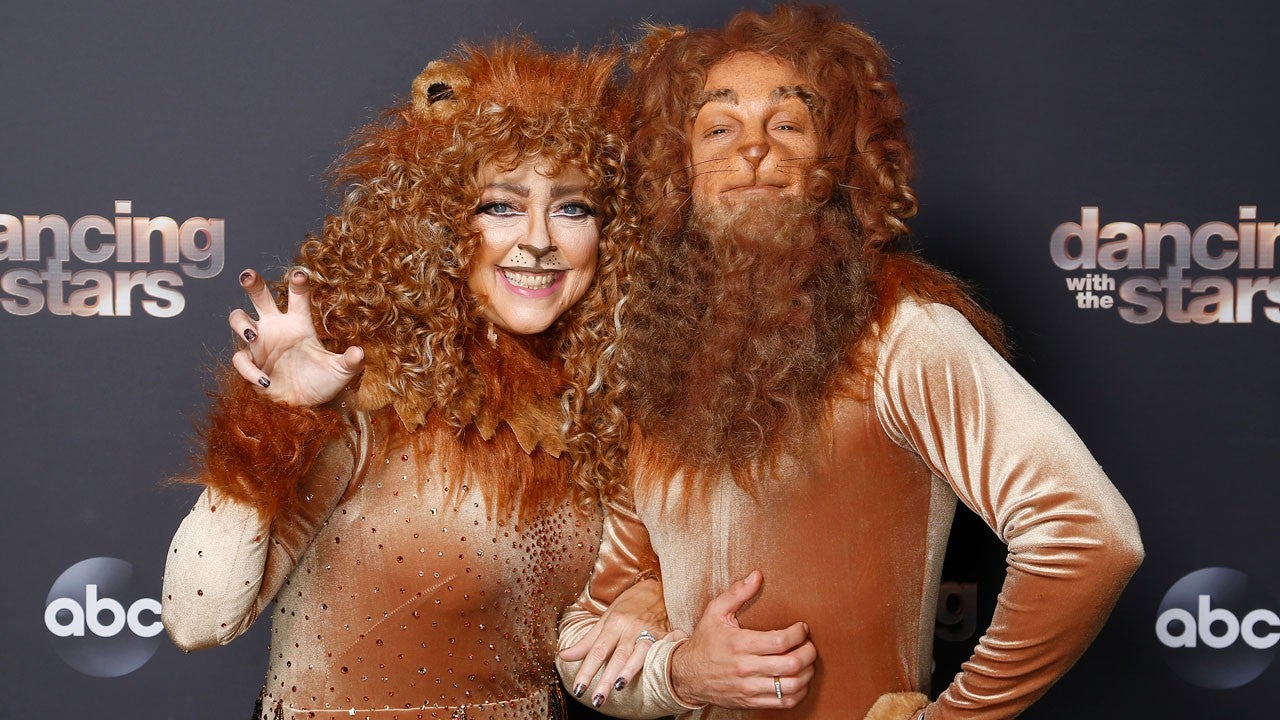 In today’s Quickies, we have news featuring Carole Baskin, Chrissy Teigen, Saved By the Bell, and more!

Carole Baskin‘s Dancing With the Stars journey has come to an end. The arch-rival of Joe Exotic failed to impress the judges with her samba – despite dancing along to The Lion King‘s “Circle of Life” for the show’s Disney week.

Carole and her professional partner Pasha Pashkov were awarded just 12 out of a possible 30 points for their performance, with Strictly Come Dancing judge Bruno Tonioli admitting he was “stunned” by their efforts.

Ultimately, Carole ended up in the bottom two alongside Anne Heche and Keo Motsepe, before the judges unanimously decided to keep Anne in the competition. [USA Today]

Chrissy Teigen was hospitalized on Sunday night (September 27) and the next day, she received a blood transfusion. She took to her Instagram Stories to update fans on what happened.

“I got some blood from somebody, so if you donate blood, it goes to actual people. People that might be me. I kinda feel like I definitely have somebody else inside me right now, which is an odd feeling to have,” Chrissy said. “So I had my first blood transfusion, which sounds so much more dramatic than it is. It’s just like an IV, except it’s not fluids, it’s human blood.”

Chrissy revealed she had an allergic reaction “to the blood, which made me think, ‘Oh, whose blood is this?’ And also, I bet there would be so many people out there who would be so mad if they got my blood. Like some hardcore MAGA person that would be like, ‘This is Chrissy‘s blood? Noooooo!'” [People]

Meghan McCain has given birth to a baby girl named Liberty Sage McCain Domenech, who is her first child with her husband Ben Domenech.

A tweet from the official Twitter account for The View read: ”We are excited to share the happy news that our @MeghanMcCain and her husband Ben Domenech have welcomed their first child, daughter Liberty Sage McCain Domenech! (sic)” [ABC News]

“Cake Boss” Buddy Valastro grew emotional on TODAY Monday as he recounted how his teen sons jumped into action after the celebrity baker’s hand was impaled by a machine in the family’s home bowling alley.

“I thought I was going to faint, I looked at my hand and there was blood everywhere and I was stuck, the rod going back and forth because the machine goes back and forth,” Valastro told Savannah Guthrie from his New Jersey home. “Something told me to stay calm.

“My whole family worked together, my son Buddy, my son Marco, and within five minutes they were able to take the bolt out, cut me off the machine, and I was actually in my driveway before the ambulance even got there.” [Today]

Cheryl Burke is two years sober after making the decision to quit without the help of an Alcoholics Anonymous program.

The Dancing with the Stars professional – who has been married to Matthew Lawrence since 2019 – has revealed she used to battle an addiction to alcohol but has remained sober for two years, after making the decision to quit without the help of an Alcoholics Anonymous program.

She said: “It was just a decision that I made for myself. And it was when Matt and I got engaged and it was during that engagement party that we were just like – or that I was like, he didn’t even know – I was just like, I was done.” [US Weekly]

Saved By the Bell has a premiere date! Peacock on Tuesday announced that the Saved by the Bell revival will premiere on Wednesday, Nov. 25.

The sequel series comes more than 31 years after the premiere of the original SBTB, and 26 years since we last saw Zack, Kelly, Slater, Jessie, Lisa and Screech in the TV-movie Saved by the Bell: Wedding in Las Vegas, which doubled as a series finale for the short-lived College Years spinoff. [Deadline]

During his appearance on The Tonight Show, Jim Parsons revealed he and his husband Todd Spiewak thought they had colds, but then realized it was probably COVID.

“And then it seemed less likely and then finally we lost our sense of smell and taste … utterly,” Jim said when he realized it was not a cold. “It defied the descriptions for me. I didn’t realize how completely taste and smell could be gone. And when you’re in quarantine and there’s really nothing to do but eat ― oh my god, that was brutal.”

He did say he still ate “everything,” but “I just didn’t taste it. The definition of wasted calories.”

The governor of California has signed a new “Kobe Bryant Law” — which makes it a crime for first responders to take unauthorized pictures of a dead person at an accident scene.

The measure — which takes effect on January 1st — was triggered by the aftermath of the Kobe Bryant helicopter crash … when 8 local deputies were accused of taking or sharing death pics for unofficial business. [TMZ]

Shannen Doherty wants to record video messages for her loved ones to watch after she’s passed away.

The Charmed star is currently battling stage four breast cancer, and has admitted that whilst she wants to prepare for her passing by writing letters and recording video messages for her family, she hasn’t been able to because the process feels too “final.”

Shannen still feels like “a very healthy human being,” and is confident she’ll live another “10 or 15 years,” so doesn’t want to write her final messages too soon. [Us Weekly]

Disney is reportedly moving forward with The Lion King 2 the inevitable sequel to its $1.65 billion globally-grossing hit live-action remake of its iconic 1994 animated feature.

Walt Disney Studios has hired Barry Jenkins to direct the now-developing sequel to 2019’s The Lion King, according to Deadline. Jenkins, the Oscar-winning helmer of 2016 drama Moonlight, takes over a chair left behind by original movie director Jon Favreau. [Deadline]

Almost a year after Gabrielle Union was fired as a judge from America’s Got Talent after just one season, the LA’s Finest star and NBC have come to a deal over her claims of misconduct and racial discrimination on the show and at the Comcast-owned network.

“We’ve reached an amicable resolution,” said NBC and Union in a concise joint statement this morning. “NBC Entertainment appreciates the important concerns raised by Gabrielle Union and remains committed to ensuring an inclusive and supportive working environment where people of all backgrounds can be treated with respect,” the statement adds. [Variety]

The premise is that a young girl develops pyrokinetic abilities and is abducted by a secret government agency that wants to harness her powerful gift as a weapon. I’m guessing that Zac won’t be playing the young girl. [Deadline]

After Brad Pitt recently returned from France where he frolicked with his girlfriend Nicole Poturalski, Angelina Jolie made Pitt quarantine prior to seeing their children.

“Angelina insisted Brad quarantine for 14 days after he returned from France, citing a rise in COVID-19 cases in the country,” a source revealed. “She didn’t want to chance the kids getting it.”

Pitt wanted to take two tests “days apart” in hopes of “shortening the quarantine period,” but Jolie, 45, “wasn’t having it,” according to the source. [Us Weekly]

Though Finding Freedom, this summer’s bombshell royal biography of Meghan Markle and Prince Harry, was published long after Meghan filed suit against Associated Newspapers, the parent company of Mail on Sunday, it will now be part of the upcoming tabloid trial. After last week’s preliminary hearing when Meghan’s lawyers argued that it was not relevant, a judge ruled Tuesday that the book will be admissible when the case finally goes to trial next year.

According to Hello, Judge Francesca Kaye ruled against Meghan on the matter because she believed the case to include the book didn’t raise any “new defenses” but rather furthered the arguments the company had already presented. She added that Meghan “knows the case she has to meet,” and “there is no suggestion [in the ruling] that she is in fact unable to do so.” [Hello]