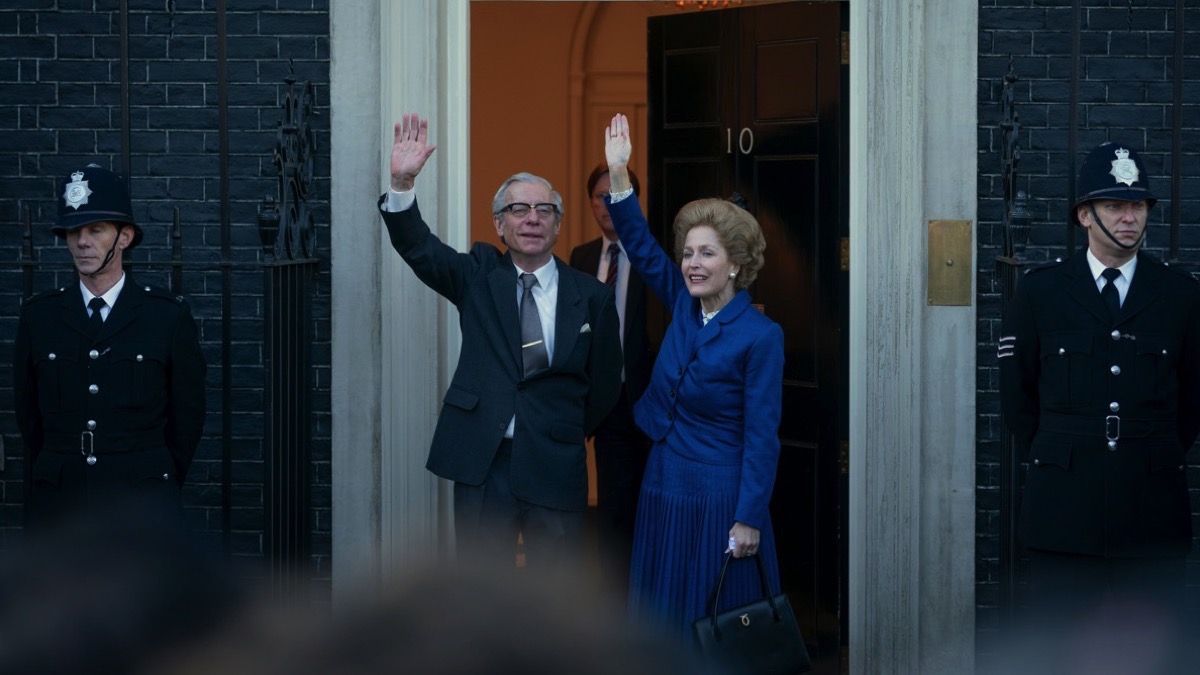 Netflix has released the first stills of Gillian Anderson as Margaret Thatcher and newcomer Emma Corrin as Princess Diana in Season 4 of The Crown.

The royal drama returns on November 15, 2020, and features Anderson prominently as Thatcher, who is elected prime minister and navigates an, at times, uneasy relationship with Queen Elizabeth II, played by Olivia Colman.

Season four begins in the late 1970s, where Queen Elizabeth and her family find themselves preoccupied with safeguarding the line of succession by securing an appropriate bride for Prince Charles, played by Josh O’Connor, who is still unmarried at 30.

As the nation begins to feel the impact of divisive policies introduced by Britain’s first female Prime Minister Margaret Thatcher, tensions arise between her and the Queen which only grow worse as Thatcher leads the country into the Falklands War, generating conflict within the Commonwealth.

In July, it was announced that the show would extend into a sixth season. In the fifth season, Imelda Staunton will take on the role of the Queen, while Elizabeth Debicki will play Princess Diana. Lesley Manville will take the role of Princess Margaret, following Helena Bonham Carter and Vanessa Kirby. And Jonathan Pryce will be the show’s final Prince Philip.

Vanity Fair also has some gorgeous exclusive photos from the upcoming season, that you can check out here.

The pandemic means Season 5 will not begin filming until next year, so Season 5 is not likely to air on Netflix until 2022. Series creator Peter Morgan has confirmed plans to end the series after Season 6.