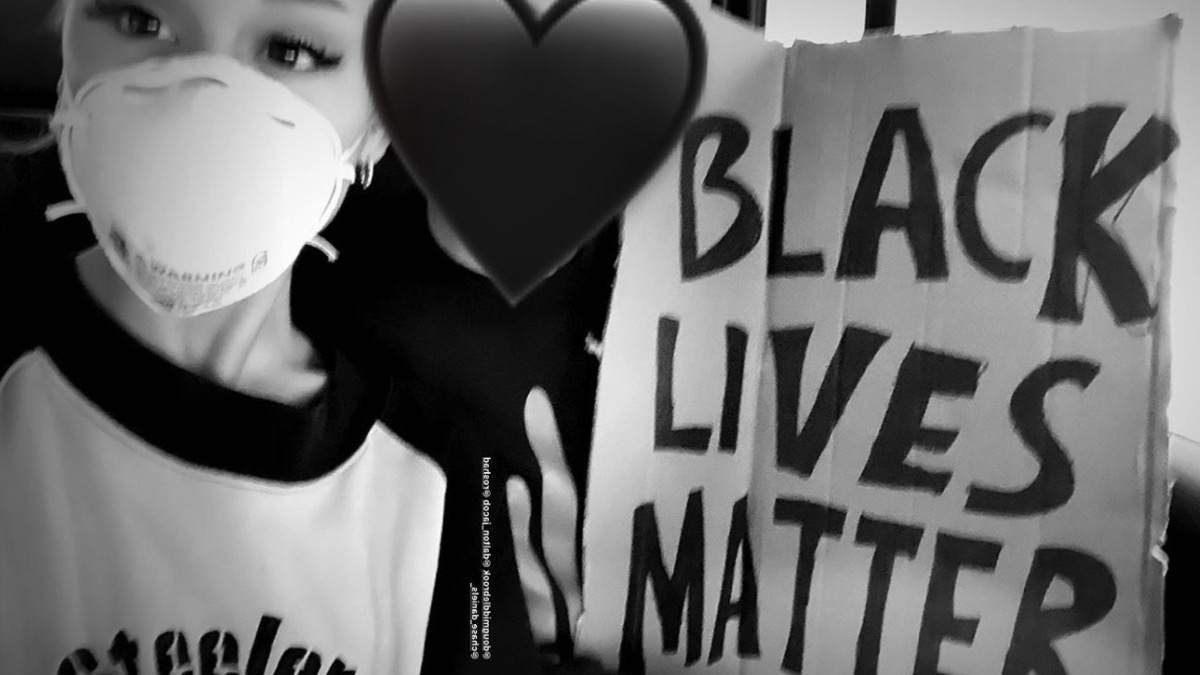 Celebrities joined the thousands of protestors in Los Angeles, California on Sunday (May 31, 2020) to protest the death of George Floyd.

Floyd, an African-American man, was killed May 25 in Minneapolis. Police officer Derek Chauvin has been fired and charged with third-degree murder and manslaughter. A criminal complaint accuses Chauvin of kneeling on Floyd’s neck for more than eight minutes.

While protesting Halsey tweeted that officers in Los Angeles “fired rubber bullets at us. We did not breach the line. Hands were up. unmoving. and they gassed and fired.”

“They opened fire multiple times. I was hit twice. Once by pellets and once by shrapnel. We were gassed repeatedly for hours. The front line did not relent. I will be returning. Have courage.”

“This is supposed to be a FREE country and people are protesting the injustice and the power structures (like the police!) that have allowed for those injustices,” the actress and model continued. “Not to mention the violence police get away with daily!”

“Hours and miles of peaceful protesting yesterday that got little to no coverage. all throughout beverly hills and west hollywood we chanted, people beeped and cheered along. we were passionate, we were loud, we were loving. cover this too please. #BLACKLIVESMATTER,” she wrote.

“Stay active, stay energized, keep sharing, keep learning. sending strength and if you are protesting today please be safe. @blklivesmatter @blmla and @wp4bl have shared more ways to help,” Grande added, along with a link of ways fans can help out.

Here are some more moments from the protests.