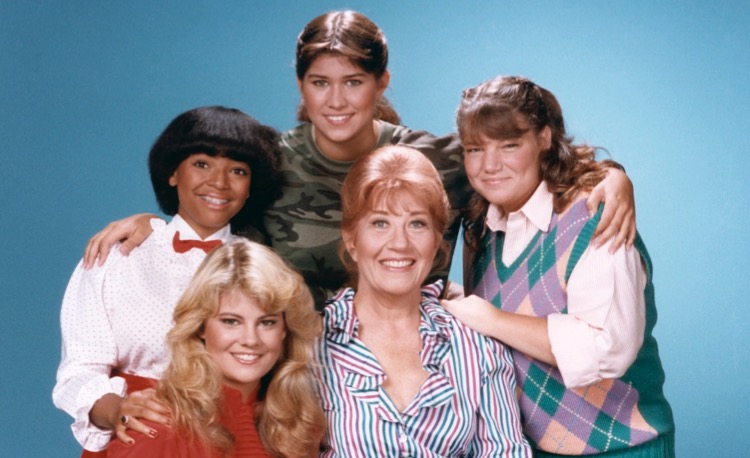 Charlotte Rae, whose most famous role was playing Mrs. Garrett on the long-running NBC sitcom The Facts of Life, died Sunday. She was 92. The actress passed away peacefully at her home in Los Angeles and was surrounded by her family at the time of her death. Every time I think of the show, the theme songs immediately runs through my head. I miss theme songs. And Charlotte.

Miley Cyrus and Liam Hemsworth will not be getting married anytime soon. The couple just simply isn’t interested in making things officially official and are instead focused on loving each other and being happy. Embracing their free-spiritedness.

A fan just realized she once took a picture with 11-year-old Blake Lively at a Spice Girls concert. It is very baby spicy!

After nine years together, Hayden Panettiere, 28, and 42-year-old former professional boxer, Wladimir Klitschko, have split. They have had their ups and downs, so it is not totally surprising that they have split. What is surprising is the fact that she’s already dating someone else – 28-year-old real estate broker and actor Brian Hickerson. Take a breath, girl!

Carrie Underwood pisses off fans with comments about fertility. Message to Carrie, you can still have healthy children. 35 is not old, 35 is not too late, 35 is fine. In related news, the singer just revealed that she is pregnant. Hmm.

● Justin Bieber’s tears have fans worried. The 24-year-old singer was snapped on Tuesday with fiancee Hailey Baldwin, and he was visibly upset during their daytime outing. Being young and in love is hard.

● Even the Kardashian’s seem to be sick of themselves.

● Lance Bass reportedly screwed himself out of The Brady Bunch house. After tweeting that he had the highest bid for the house, a flood of new offers was received.

● Chris Pratt and Katherine Schwarzenegger seem to be taking things to the next level.

●  Lost producers have issued a joint statement apologizing to actress Evangeline Lilly after she said she felt coerced into a nude scene on the hit ABC show. She did “eventually” have more control over those types of scenes as the seasons went on.

You Have to See the Scary-Ass ‘American Horror Story: Apocalypse’ Teaser Trailer