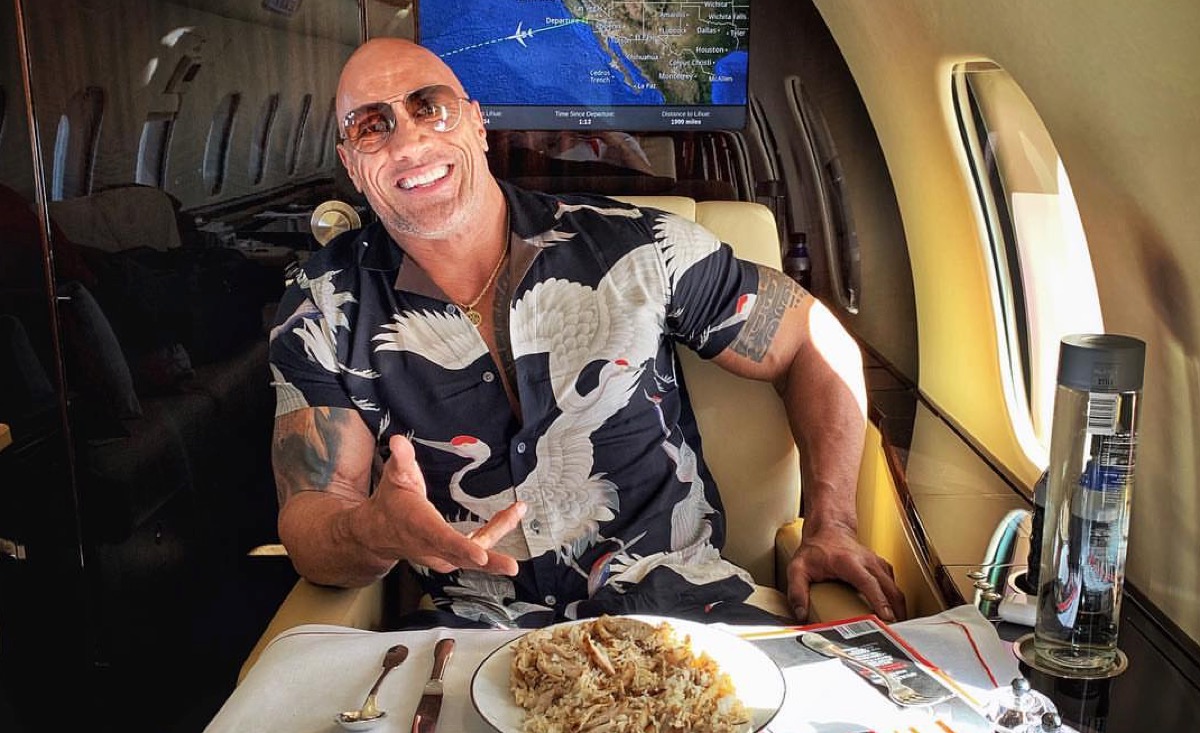 Yes, Adam Lambert Did Make a Cameo in Bohemian Rhapsody

Dwayne Johnson has the utmost respect for millennials, despite what you may have read in The Daily Star. Johnson is slamming the British tabloid on Friday for posting what he called a “fabricated” interview featuring him bashing “snowflakes.”

Johnson took to Instagram Friday evening to “set the record straight” over the story published earlier in the day by The Daily Star. In the interview, he was quoted as lamenting the rise of snowflake culture and criticizing millennials’ need to search for reasons to be offended.

Settin’ the record straight. The interview never happened. Never said those words. 100% false. If I ever had an issue with someone, a group, community or a generation — I’d seek them out, create dialogue and do my best to understand them. Criticizing ain’t my style. I don’t cast stones and we all get to be who we are. #millies #plurals #boomers #TequilaGeneration 🤙🏾🥃

Earlier today, online, an interview dropped with me — apparently was with me, where I was insulting and criticizing millennials.

I was quite baffled when I woke up this morning I’ve gained such a great trust and equity with all you guys, all around the world over the years, and you know it’s not a real [Dwayne Johnson] interview if I’m ever insulting a group, a generation or anyone because that’s not me. That’s not who I am and that’s not what we do.

If I ever had an issue with someone, a group, community or a generation — I’d seek them out, create dialogue and do my best to understand them. Criticizing ain’t my style.

Logan Paul aka Human Garbage, Says He Will “Go Gay for a Month”

Controversial YouTuber Logan Paul is being heavily criticized online after saying that one of his New Year’s resolutions was to “go gay” for one month.

The 23-year-old, who has made a career out of controversy, made the announcement on his Impaulsive podcast on Wednesday.

Speaking to Twitter personality Brother Nature, he began discussing what his and his co-host, Mike Mejlak‘s goals are for 2019, which began with them being sober and vegan for January.

Paul said, “What is it, male-only March? We’re gonna attempt to go gay for just one month.” To which Majlak replied, “For one month, and then swing… and then go back.”

Paul’s comments naturally sparked a huge backlash on Twitter with many people criticizing him for his insensitive language and treating sexual identity as a joke, trend or a challenge. Here is just a sampling:

i can’t believe logan paul is going to be ‘gay for a month’ like it’s some sort of trend. i’m disgusted. pic.twitter.com/YolkLDndul

some of y’all still like logan paul and kanye and it shows pic.twitter.com/9fK9SdONYF

you don't "go gay", it's not a choice
holy shit why hasn't this guy's career ended with the suicide forest bullshit https://t.co/OvLj8hBRNV

he’s not exploring his sexuality. he’s mocking gay men and using the lgbt community as a publicity stunt for views, and on top of that, is promoting the false belief that being gay is a choice to his young and impressionable audience.

Obviously to @LoganPaul being gay is some sort of punchline to a joke. Make sure to tell that to youth that kill themselves because they struggle with being gay. Shame on him once again. https://t.co/7HE1t6AxC9

Paul responded to GLAAD’s tweet with an “apology” and self-promotion:

very poor choice of words… my fault. let’s get together and talk about it on my podcast next week? https://t.co/Ki8RKgMJOO

The singer, actress, and fashion designer, who is pregnant with her third child, shared a photo on Instagram of her swollen foot, asking her four million followers for advice.

Cool to see the version of this song I did with @ladygaga on the charts again — this is a reminder of women sticking together— and not letting a man take ownership of a great song/ moment… And if anything the message of this song remains that although you may have had my body, you will never have my heart, my voice my life or my mind. Being a survivor of past predators myself, these lines spoke to me, which is why I did the song. I embrace all survivors of sexual and domestic violence and abuse holding a special place in my heart, and you @ladygaga, for doing the right thing! 💜

Yes, Adam Lambert Did Make a Cameo in Bohemian Rhapsody